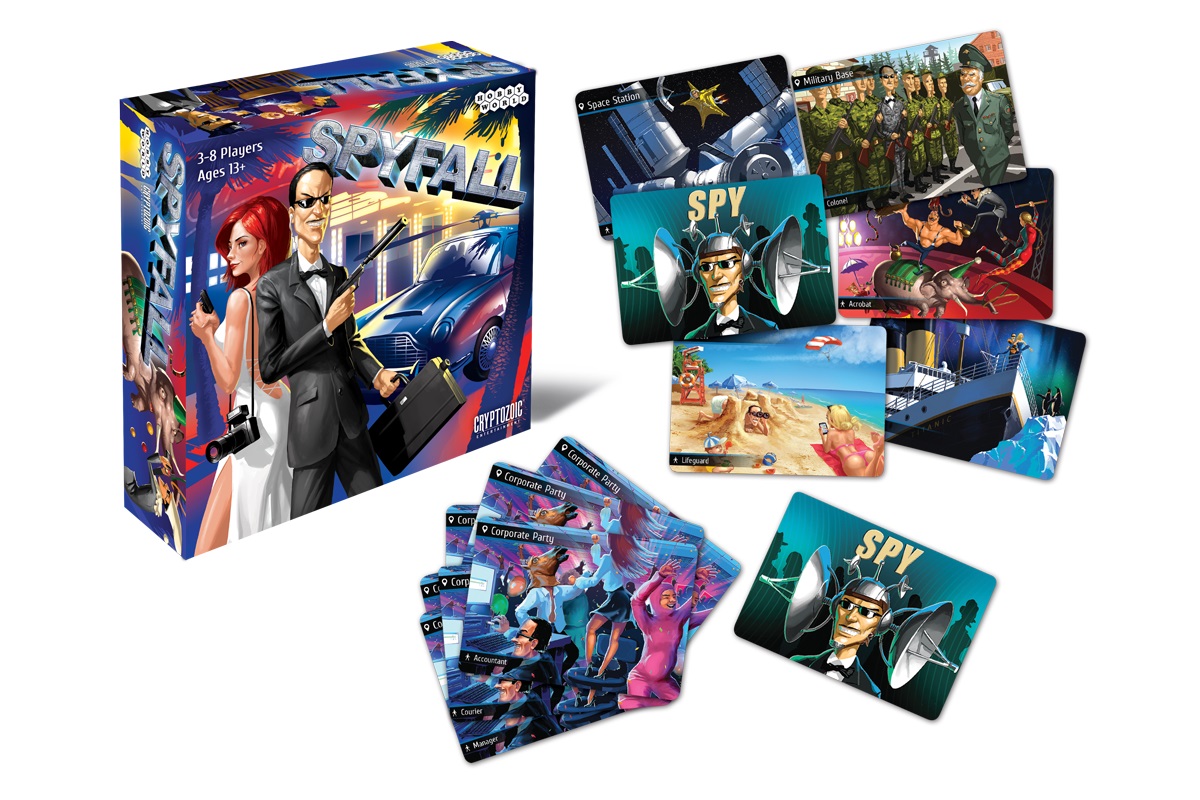 Spyfall is a conversation based party game based on bluffing, suspicion and outright deception. One of your friends is a spy and your job is to find out who the double-crosser is before the time runs out. With similarities to games such as The Resistance and Avalon, Spyfall offers a simplified and more fun approach that’s great for seasoned players and newbies alike.

Gameplay is incredibly simple, which is a great draw for those less tabletop inclined friends of yours. The game comes with thirty sets of location cards, along with some handy plastic bags to keep them organised. Each set features seven cards with the same location – the Nightclub, Police Station or even the Crusader Army – each with a specified role, along with a ‘Spy’ card. Each player is secretly dealt one of these cards, with the ‘Spy’ card always being in play. Players ask each other questions in turn, trying to determine who amongst them is the spy, without giving away their location. As you can imagine, it gets a little tricky at times to keep your location hidden whilst sounding out other players. For example, I’m a dancer at a the nightclub and I want to determine who else knows that we’re at the club, without giving away our location to the spy. I might ask someone why they weren’t working last night, as opposed to if they enjoyed the DJ playing. 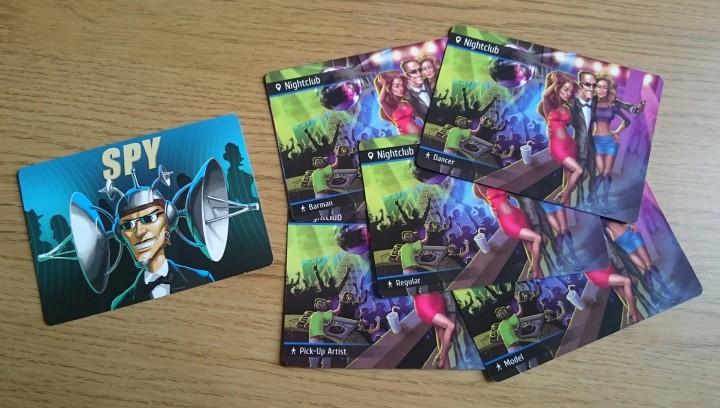 Each round lasts eight minutes, by which point all players must cast a vote as to who they think the spy is. However, we found that the game rarely reached this point, with accusations being made at an earlier stage in the game. A player is free to accuse another of being the spy once per round, but must get the other players to agree with them for an accusation to be made. The spy’s aim, of course, is to remain hidden throughout the game, or to reveal themselves if they believe they know the location to earn some extra points. All players are free to consult a location sheet throughout the game, but of course this could give the spy’s identity away if they were seen snooping during the round.

We found that some locations in the game made for much better rounds, whilst others were difficult to identify or to come up with purposeful questions for. The best example of an answer being a dead give-away of the spy’s identity was playing with the Crusader Army cards, a more unusual location in the game. After surmising that a player worked at the location, another asked if he drank a lot of coffee to keep awake for his job. Whilst this could have been a good bluff, it was a dead give-away to the rest of us that our lovely friend, Katie, was a dastardly spy and had no idea of our location. However, it’s not always so simple and I found myself the victim of wrongful accusation at many points during the game, albeit usually incurred by my partner who had perhaps had one to many sherbets and mostly enjoyed playing the drunk detective. 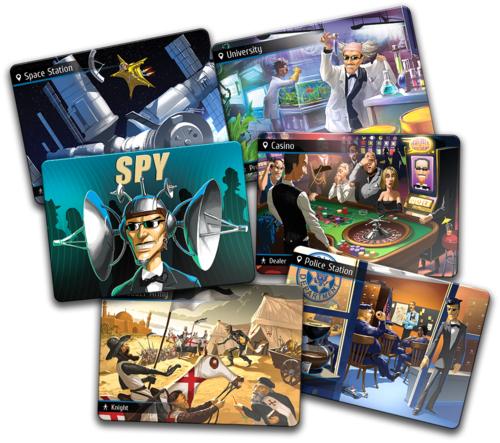 Whilst the artwork is pleasant and the game is well put together, we did find a couple of flaws with the game, but nothing major. As the game is suited to 3-8 players, we had to make sure that the spy card was always included in the location deck, whilst also ensuring that it was always selected without the dealer snooping a glance at the cards. We found that the simple solution was to omit the spy cards from the decks and only use one per round, rather than needing a card for each pack. For six players, we’d simply take five location cards and then add the one spy card to the deck and shuffle, which always ensured that it was in play.

Another problem that arose, particularly in the beginning, was that some people found it very difficult to come up with a question and they’d often waste several of the eight minutes of the round trying to come up with something to ask. A solution for this would perhaps be to provide some base questions with the game, those perhaps less shy and more seasoned players wouldn’t find issue with this. After a few rounds we became much more adept at snooping about and found ourselves becoming speedier interrogators as we went along. 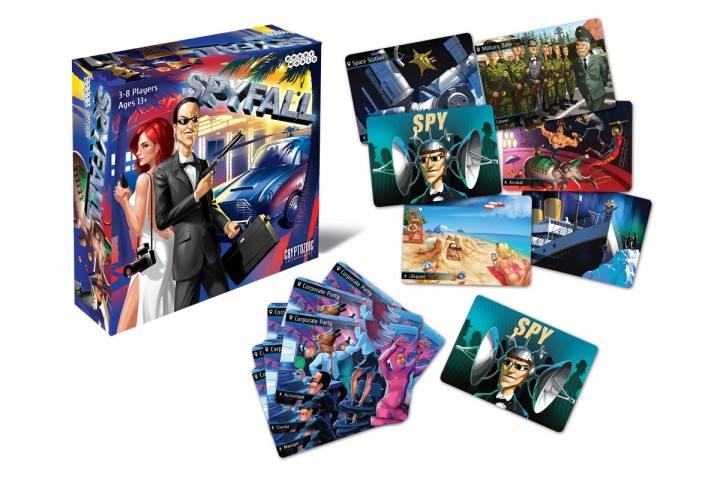 Spyfall is a game of deception, cunning and lying to your friends. You’ll discover who has the best bluff, along with which of your friends is more likely to cave under interrogation – always good to know. It’s incredibly simple in comparison to most of the games our group plays, which was popular with my friends that aren’t quite so keen on more elaborate game-play. That said, it does offer plenty of role-playing fun and opportunity for creativity, which I really enjoyed. The short rounds means that you can adapt the game to suit you, using it as filler or playing for a longer period of time works equally well. We found it to be a great breather from our four hour Game of Thrones play through and it offered a lot of laughs.

I found Spyfall to be an utterly enjoyable whilst incredibly simple card game, ideal for playing with friends or getting to know folk in those awkward social situations where you’re forced to interact. After plenty of play throughs, I find 5-6 players making for an ideal game, with less making it too easy and more making it a little hard to get through a round in eight minutes. I’d happily recommend Spyfall for tabletop newbies, as well as more experienced gamers looking for something a little lighter.