Bloodlines 2 is the forthcoming sequel to the classic Vampire: The Masquerade video game Bloodlines.  Continuing the story of the first game, Bloodlines 2 presents players with the opportunity to explore the vampiric underworld of Seattle.

In the first Bloodlines, players had the choice of between the masquerade upholding Camarilla sect or the freedom-espousing Anarchs, as well as potentially becoming independent.  Also present were the fanatical Sabbat, primarily as antagonists, who wish to free themselves from the yoke of the antediluvians; vampires of incalculable power who founded the clans.

Bloodlines 2 expands upon these factions, and will present the player with the option of joining a variety of sects through the course of the game.  Unlike the original game, where the factions operated on a global scale, those in Bloodlines 2 are – generally – tightly focussed on the Seattle domain.

The following five factions have been revealed by Paradox interactive. 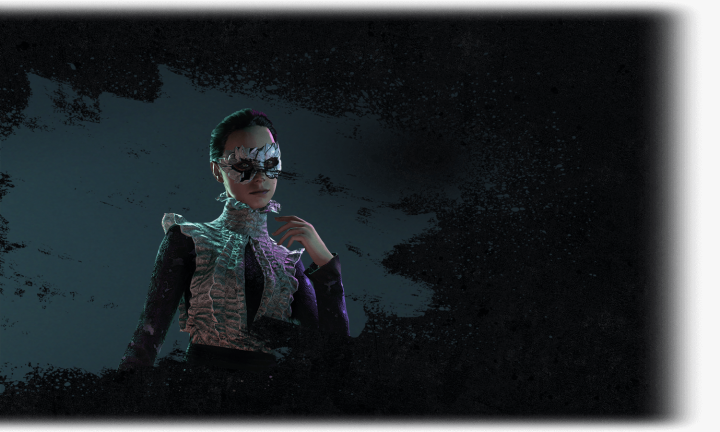 The Camarilla are the Camarilla, representative of a global conspiracy to maintain the hidden world of vampiric society.  As Seattle is host to a lucrative technology industry, the Camarilla have benefited from this. Lead by Prince Cross, the Camarilla has fostered this community to drive the financial success of the city into the 21st century. CEOs, venture capitalists and politicians count themselves among the Camarilla’s number.

Keeping the peace is key for the Camarilla. While other Kindred communities have suffered in other cities, Prince Cross has helped vampires in Seattle to thrive. If Cross can keep this up, he just might catch the eye of his elders in the upper echelons of the Camarilla.

The Pioneers were the first to settle and rule Seattle. Led by Lou Grand, the longest reigning prince of the area, their control over the city has weakened in recent years. They are a collection of individuals from different clans, unified by an idealistic notion of Seattle as the last frontier, a city without a centuries-old power structure and a place where they could shape their own future.

The Pioneers are passionate and have a strong independent spirit, but they refuse to identify with the hot-headed Anarchs (not present so far). While the Pioneers dream of ruling the city again, they have been forced to accept another’s rules. In exchange, the remaining Pioneers have been allowed to keep control over some minor parts of Seattle.

It is unknow how many vampires swear allegiance to The Baron of Aurora. In part, that’s because very few of Seattle’s Kindred have actually met him. Acting through his lieutenants, he has taken in the city’s destitute and desperate, turning them into a disciplined force with hands in every shady deal.

Where a less prudent man might turn such capital into a bid for Princedom, The Baron has been content to stay in the shadows, hoard favours, and brutally defend his business interests.

Nobody likes the Baron and his people – until they need something done or procured quietly and quickly. Someone will play this part, in any city. Many of Seattle’s powerful tell themselves that it’s just as well to further indebt yourself to the Devil you know.

The Newcomers are Seattle’s most mysterious faction – no one knows where in Europe they came from, or why Prince Cross granted them exclusive access to the University District hunting ground.  Given the Camarilla’s offer, it’s likely they paid a high price to enter the city. What that price was, no one’s quite sure.

The Faction’s charismatic leader, “Professor” Viktor Goga offers any vampire who would join him safe access to blood in one of the city’s richest hunting grounds, a spot in a rising organisation, and a promise of something greater. Those with talent can rise quickly.

Already, the Baron views Goga’s operation as his most dangerous competition. Though conflict is on the horizon, the Newcomers’ star keeps rising. Confident and visionary; the Newcomers offer opportunity and risk in equal measure.

For as long as there has been a Seattle, there have been some that didn’t suit the Pioneers’ vision of a place made of art.  The misshapen members of clan Nosferatu never had a chance to fit in. They were encouraged to stay out of sight: In the outskirts, the shadows and its Underground.

For more than a century, the Unseen have been led by the Council of Three, or “The Speakers” to the Nosferatu. They have helped their people to survive among the homeless and loners of the city. While the rest of Seattle’s vampires took pains to ignore them, these Unseen grew into a faction and began trading secrets.

Today, the Council has left much of the Nosferatu’s operation to younger vampires more adept at gathering intelligence in modern nights. Where the Unseen were once composed of thieves, frauds and homeless, they now also include journalists, engineers and hackers. While the older Nosferatu are used to an existence of survival, the younger are looking for ways of making their mark on the city.

Vampire: The Masquerade – Bloodlines 2 will be released in late 2020.

Science Fiction: the final frontier. These are the articles of the freelance journalist Peter Ray Allison. His continuing mission: to explore strange new realms of fiction, to seek out new genres and new visions of the future, to boldly geek where no one has geeked before.
More Goodness
bloodlinesParadox Interactivevampire