The Last Cyclade builds upon the previous installment to create an even great sense of scope and scale in this epic campaign.

There is some rail-roading in the first scenario, mostly to position the players for the subsequent freeform adventures. The GM will also need to be careful to avoid players feeling like spectators in the final scenario.

Anyone looking for an epic science-fiction campaign cannot go far wrong with Mercy of the Icons, and in particular the The Last Cyclade.

The Last Cyclade continues the story of the three-part Mercy of the Icons campaign for the Coriolis: The Third Horizon roleplaying game (reviewed here).  As such, it is recommended that Emissary Lost (reviewed here) has been played.  Although it is entirely possible to follow The Last Cyclade without prior experience of the storyline, some of the references to the previous instalment will be lost.

Coriolis: The Third Horizon has been frequently compared to Firefly, but with an Arabian Nights twist.  Just as Firefly has the Alliance of core worlds and independent outlying planets vying for power, so too does the game have factions vying for power.

The shifting politics of the various factions, broadly defined as being either Firstcome or Zenithian, are core to The Last Cyclade.  One of the greatest strengths of Coriolis: The Third Horizon is the shades of grey in their factional-politics.  Other than the spiritual force known as the Dark Between the Stars, there are no stereotypical ‘bad guys’, such as the Empire in Star Wars or the Borg in Star Trek.

Unfortunately, in The Last Cyclade, one faction takes extreme measures to acquire power.  Whilst this only occurs through external influences, and is somewhat resolved by the end, they essentially become the antagonist for the campaign.  As such, Coriolis: The Third Horizon loses much of the carefully-crafted ambiguity.

The Last Cyclade has an incredible scope and scale, giving an expansive view of The Third Horizon.  Prior to this, Emissary Lost had centred on the Coriolis station and the planet Kua, which it orbits.  In The Last Cyclade, player characters get to explore more of the setting, with the opportunity to visit some of the faction strongholds.

Every major non-player character (NPC) has a detailed character sheet in the margins.  All of the minor NPCs have the appropriate stat block from the Coriolis: The Third Horizon core rulebook.  Similarly, any particular rules and equipment mentioned in the campaign are given with the page number of where they can be found in the core rulebook.  This leaves the games master (GM) to focus on running the game, rather than hunting for a particular rule or item listing.

The Last Cyclade’s expansive approach necessitates a more free-form approach in structuring the campaign sourcebook.  Readers are presented with a broad understanding of what needs to happen over a series of adventures, rather than a definite path.  This allows GMs to tailor the campaign to their own version of the setting.  The Last Cyclade also includes four detailed scenarios that can be used either as examples of how the necessary events can be played out, or run as they are.

That said, The Last Cyclade is not completely freeform.  The first scenario in the book includes some railroading of the characters.  This is in order to establish the characters for playing the freeform adventures that follow.

The final act of the last scenario can leave the player characters feeling like spectators in their own scenario.  The reason for this is understandable, as the scenario builds towards a particular event, which would result in character death if they were directly involved.  However, experienced GMs could mitigate this particular challenge.

Ultimately, The Last Cyclade continues the epic Mercy of the Icons campaign and builds to a satisfying conclusion for this second act.  The ending opens new storylines and possible scenarios that the player characters will explore, before culminating in the final chapter. 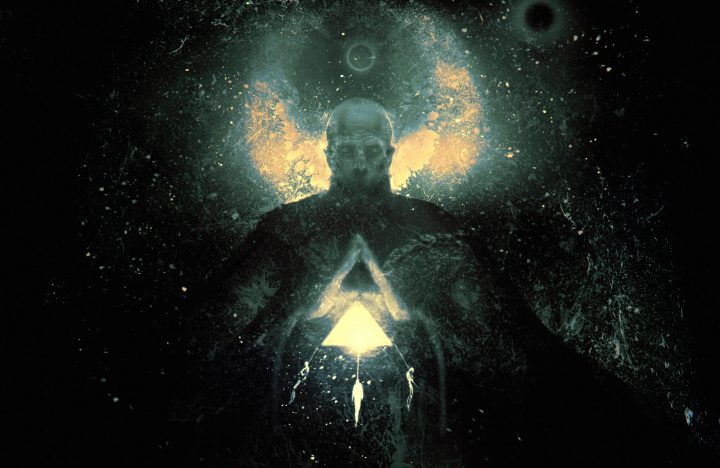