Game Of Thrones, The Trivia Game

Rounds are too short if playing with less than 3 people,

Keeping track of moving the token for each round was often forgotten as it wasn't memorable enough,

Some of the questions can be quite difficult unless you're a hardcore fan of the show,

Very repetitive, would become tiring once all of the questions have been visited at least once,

Picture rounds were the most fun, which unfortunately weren't often enough.

A great trivia game for hardcore fans of the Game Of Thrones tv show, although i imagine it would become tiring after playing a few times

The basic premise of the game is to get all of your pieces onto the board before the end of the round. This is done by taking control of the locations on the board by answering questions related to the size of the piece chosen to be played.

The board is split into 9 different regions which each hold 7 segments, there’s a counter at the bottom to keep track of where you are up to in each round. 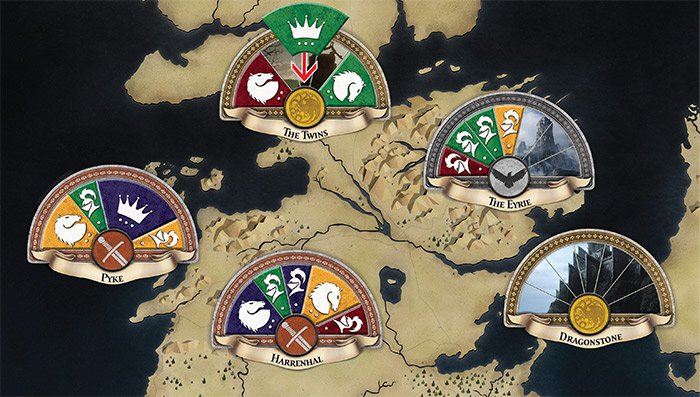 There’s a basic set of questions along with picture cards depicting popular characters and scenes along with the related questions. Each question card has the relevant season on the bottom of the card to prevent any spoilers.

The game is split into two, a normal and advanced version, with a slightly different set of rules. 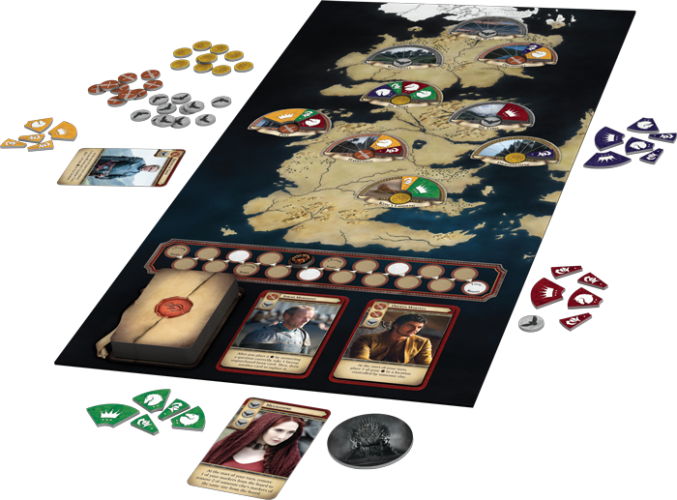 The advanced rules lead to a longer more challenging game, which includes the use of cards that can be bought by earning tokens and spent through out, but this version may be more suited to those  playing in teams; or if you have a full set of players. Playing the game this way can also create entertaining tensions as you use the special cards to remove other players pieces, increase your own or help to skip rounds.

Reading the books doesn’t necessarily hold any value here, it’s all about the show and that’s reflected in the questions, which can sometimes prove to be quite difficult for even the biggest fans.

Overall the game was entertaining and a great reminder of the events from previous seasons, the questions at times were quite difficult even for somebody who is a hardcore fan of the show and thus can prove to be quite challenging at times. The picture rounds tended to be the most fun and the parts that I looked forward to the most, which unfortunately didn’t crop up too often.

Although entertaining I imagine after playing a few times you would get to a point where the questions cards would become recycled, which may lead to the game becoming useless after doing so.

Game of thrones the Trivia games is from 2-4 players and can be bought for in and around £31 depending on the retailer.