Infinity Event Report. Or: “To play Infinity…….and, beyond?”

For those of you not aware, Infinity is a tabletop miniatures game made by Spanish company Corvus Belli. Now very recently updated to its third edition of rules, Infinity is a very fast paced skirmish game set in the far future of Earth, with very heavy anime influences in its art style and a lot of inspiration from tabletop RPGs with its rules (utilising a D20 based rules system) Infinity is one of those “easy to learn, not as difficult to master as you might think” games. There are a lot of initial rules to pick up, and with its emphasis on low numbers being good (apart from on armour saves) it goes against the grain of most games where we are conditioned to think that high numbers are better and the game itself can be a bit daunting for new players. 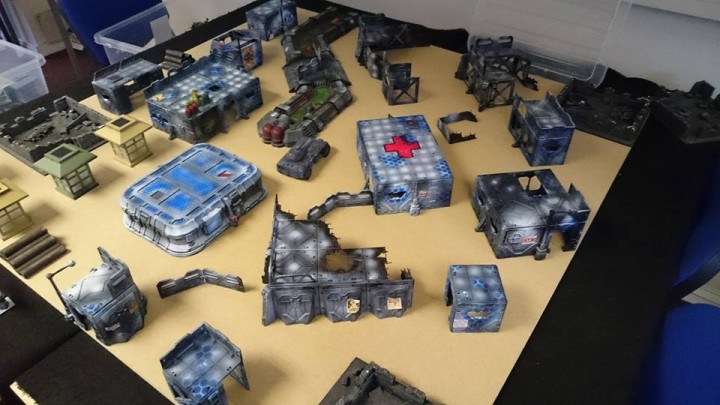 With cover being such a key factor in the game, you’re also going to need a lot of scenery on your board.

I’ve been interested in Infinity since the tail end of its second edition (it has giant robots, and this is me, of course I love it) but have only recently started playing on a semi-regular basis. For me, it’s the models; Corvus Belli do some incredible sculpts and have, with this new edition, brought a consistently high quality and level of detail, plus the anime aesthetic really grabs me. There are eight factions, each with their own distinct designs and playstyles, and each with their own “sectorial” sub-factions, giving the game a lot of diversity.

A few weeks back, myself and my friend Dave went along to Excelsior! Games in Bristol for their recent Infinity escalation tournament. Excelsior! have operated in Bristol for a long time now with their comic shop but have recently opened their new gaming store, catering to card games, board games, miniatures and RPGs, as well as having a vast Manga collection also. If you’re local to Bristol and haven’t found them yet then please do go in; you can find them on Bond Street, just at the back of the Cabot Circus shopping centre.

In my first round I played against Tohaa. Tohaa are an advanced alien race that use a lot of biotechnology and horrible “viral” weapons that bypass armour and can kill a model instantly, so naturally I was hesitant. 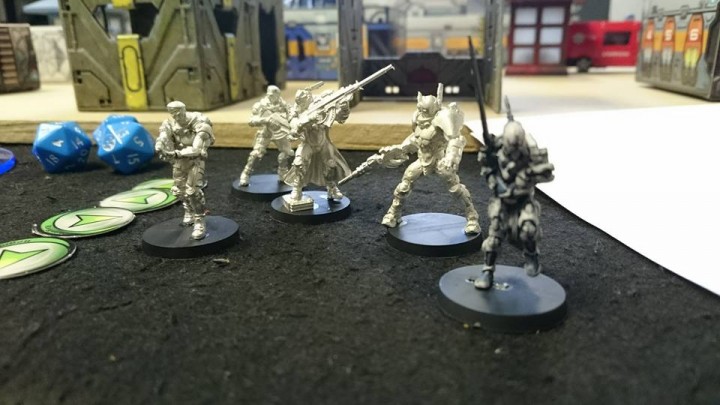 My squad were ready!

Naturally, I got pasted. It was a very good game, and I did score some points but I’m still very new to Infinity as a game and my opponent had a good 20+ games worth of experience over me. Highlight of the game for me though had to be my Magister Knight running in with his big explodey sword of doom (did I mention this game had exploding swords?) and smushing a fishy alien dude in the face! 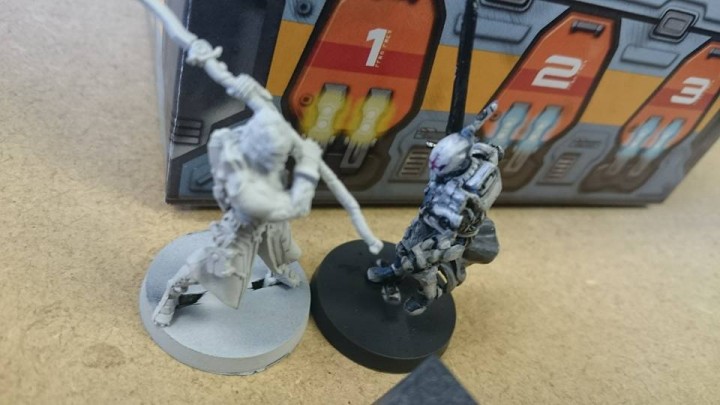 Excuse me Sir, do you have a moment to talk about our lord and saviour, exploding sword?

Game 2. This time I was playing against another very experienced player (See: 3+ years) playing as the Combined Army – These guys are the true bad guys in Infinity, a variety of alien races conquered and ruled by the EI (Evolved Intelligence, a rogue AI set on taking over the Galaxy). This was another faction I hadn’t played against before and knew very little about… 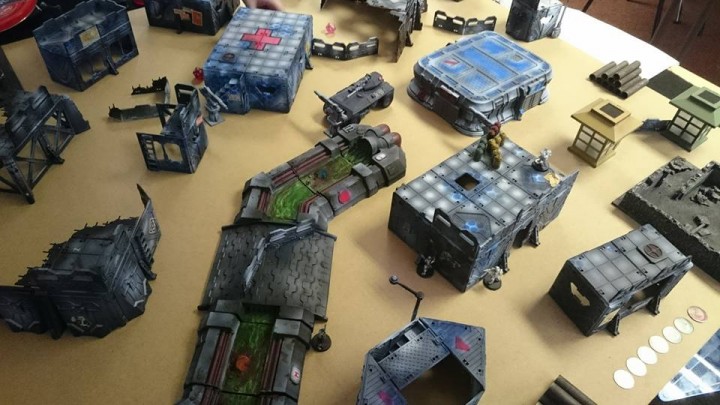 Once again, another horrible loss for the mighty zealots of the PanO, but once again another massive honourable mention to my Magister Knight for spreading the good word of kaboom some more. 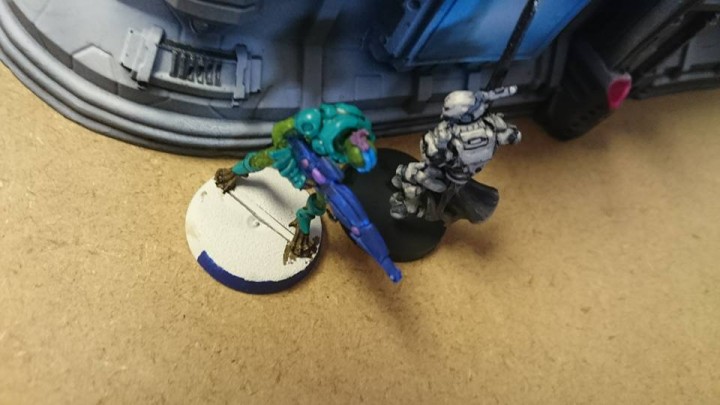 I didn’t play a third round, instead I got involved with helping to teach a family how to play through an intro game because for as much as Infinity is a competive, fast paced tabletop skirmish game, it is also fun and is a very welcoming community for new players to get involved with.

Overall, I came 5th (out of five. Shut up.) and Dave? Well, he did a lot better, winning overall from the day. But ultimately, it wasn’t about the winning for me. As I said, I’m still really new to Infinity so this tournament was a massive learning curve; I got to play against factions I hadn’t experienced before and I got to play missions I hadn’t used either, so I really got to develop as a player and meet some really cool people.

If you think Infinity is something you’d be interested in looking into, you can find more info on the website here or you can always ask at your FLGS (Friendly Local Gaming Store) to see if they can run an intro game for you. 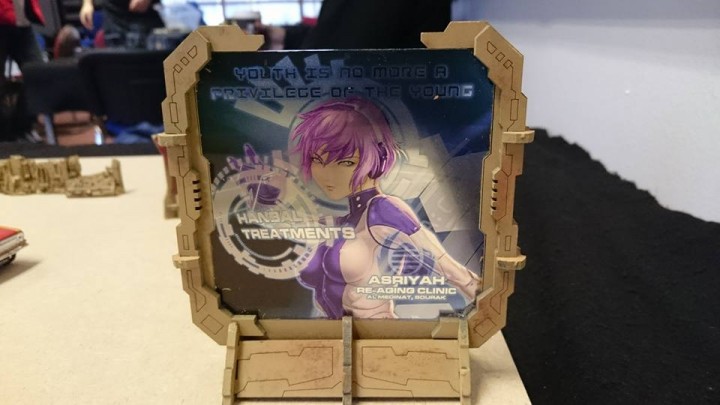 Flippin’ Youth, coming round here, treading on our lawns and stuff!

Craig has been raised on geekery from a young age when his Mum introduced him to Star Trek the Next Generation on TV as a kid. Since then, he has gained a wide love of all things "Geek", be it books/comics, cinema or gaming in all formats. He has a particular keen interest in all manner of RPG, be it on a tabletop or in a field larping.
More Goodness
InfinityMiniaturesmodels