previous
A Game of Boards - Fantasy Flight's GoT
random
next
Age of Sigmar: A Revisit
Tabletop
0 likes

- Artwork is a little too cartoony for my preference, but to each their own!
- RH has basically no balancing, meaning players can lose without taking a single turn

A fast and simple family game which engages with all age groups; just don't expect the game to be 'fair' 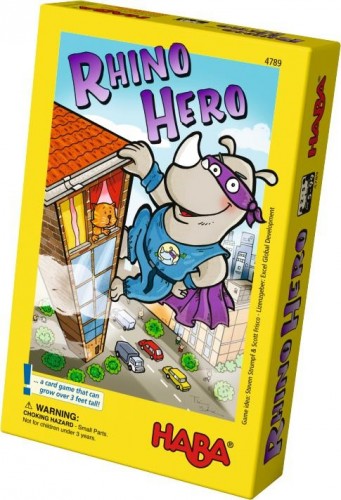 OK, so the box isn’t super inspiring but trust me!

A game in progress, showing the Wall cards, Roof cards and the Rhino meeple

An avid board and card gamer, this displaced Cornishman has spent way too much time playing games and skulking around his local hobby shops. He later escaped to Swindon, the land of roundabouts, where he currently designs games whilst infecting those who stand still too long with his gaming lurgy.
More Goodness
board gameCard GameHABA