previous
Star Wars: Edge of the Empire
random
next
Cheaty Mages
Tabletop
1 like

I’m back to my old hunting grounds, looking at the rumours surrounding Games Workshop and their much anticipated reveal in tomorrow’s White Dwarf.  Now before you read on, understand that everything here is just a rumour, but I’ve not included every rumour, no, just the ones that would make sense in my GW mind.  So here we go… 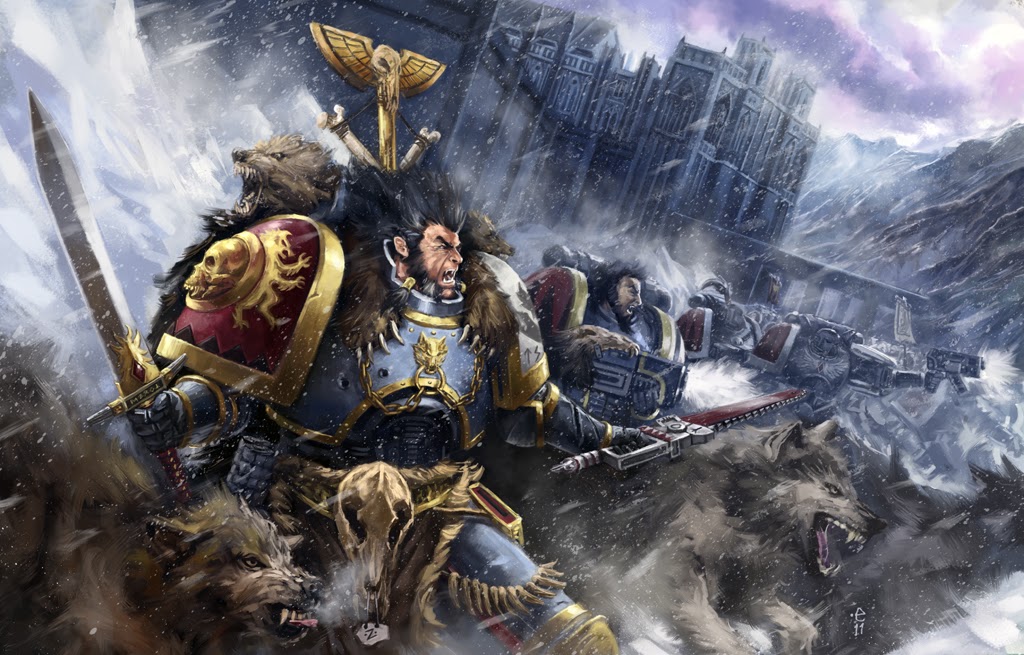 The Stormclaw Box Set is, what will be coined as, a Campaign Box Set and will contain the forces you can play with in a set campaign which is included as a booklet in the box.  It is NOT (remember this is a rumour; but from a great source) the new Starter Set.  No, this is a one off, limited run, campaign box set and since it’s set at around £80 it better be good.  So let’s have a look and see what people say can be found inside.

First up is a paperback edition of the basic rules, which we’ve seen in many core box sets in the past.  This is the reason that most of the internet is in a buzz about this being the new starter box set, but my source is good, so don’t put your bets on it.  You also get a Campaign book with “Battle for Blistered Isle” and the first part of “Battle for Alaric Prime”, which is what the box set is all about.  Of course until we see the exact nature of the box, we won’t know for sure one way or the other.  You also get some Space Wolves (Krom Dragongaze, 5 Wolf Guards, 5 Grey Hunters and 5 Blood Claws) and some Orks (Grukk Face-Rippa, 5 Nobz, 10 Grots, 1 Runtherd and 3 Killa Kanz) to fight out the campaign with, all in all it’s a good buy. 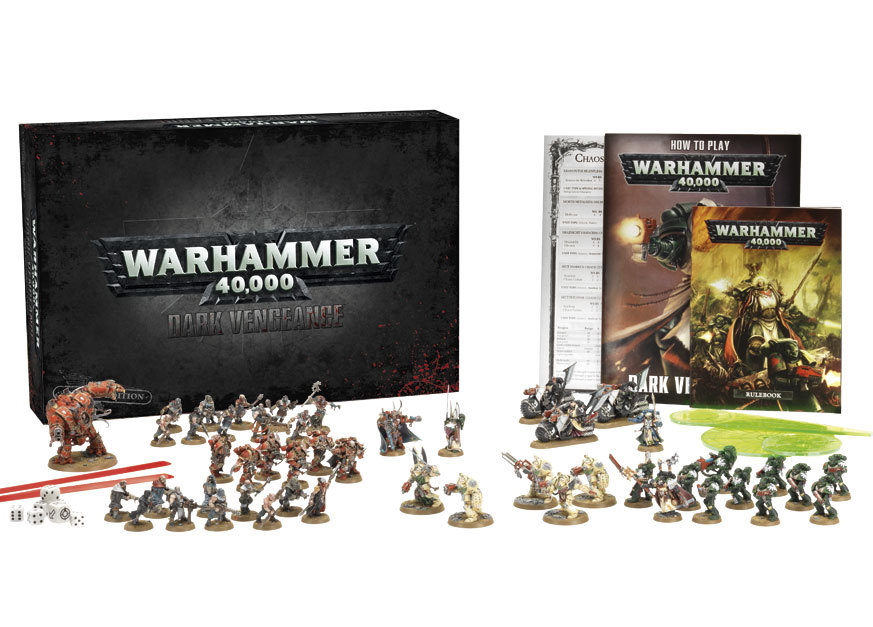 Dark Vengeance is, apparently, set to return as the main box set for the 7th edition Warhammer 40,000.  Alas I am unsure as to what it will contain, but the models will probably remain the same, just the rule books inside will change to match the current set.  This isn’t a bad thing, after all the models in Dark Vengence are amazing and outstanding quality as well.  So don’t be throwing those Dark Angels and Chaos models away, they are still current issue.

All in all these Campaign Boxes are the start of something special, if the rumours are correct you can expect one, roughly, every six months.  Remember that means dropping £80 on the game every six months and on top of your other expenditure, this could get messy.  Watch this space for more news on Dark Vengence in the future.

Been a gamer since my Dad and I built our first PC back in the mid-nineties, still a dedicated PC gamer. However in the early noughties I got into Wargaming and, again, never looked back. I keep my hand in both PC gaming and table-top gaming as much as I can.
More Goodness
40kChaosGames Workshop