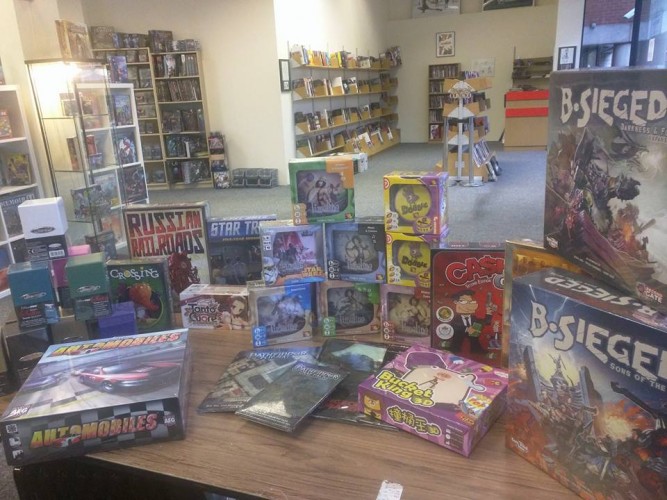 A shot at the entrance end of the store, where you’ll find the coffee, comics and other for-sale stock. Head up the ramp behind shot, and that’s where the Magic (The Gathering) happens. 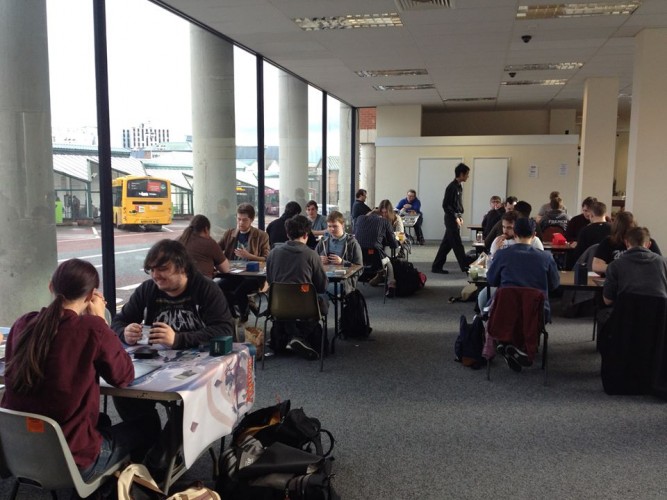 Glass front and back, its Geek Pride at its finest. These must be the backup tables, because when I was there, it was nothing but top quality GEEKNSON gaming tables. 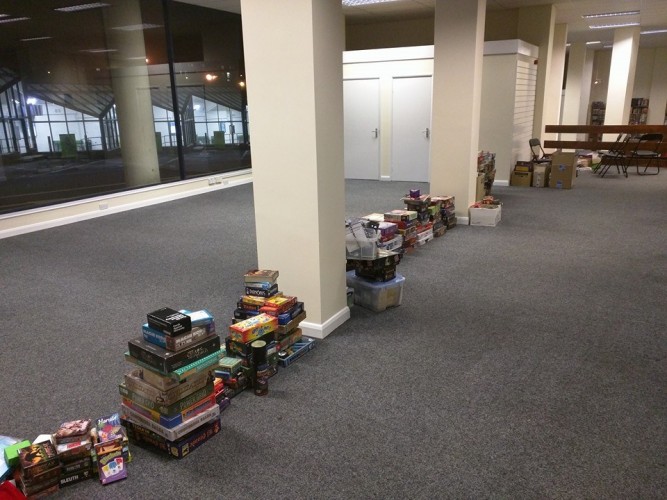 Taken from their setup photos – not with some fancy wide-angle lens. The Dice Cup is massive – and I was impressed by the toilet facilities. You can’t say that about a lot of places. 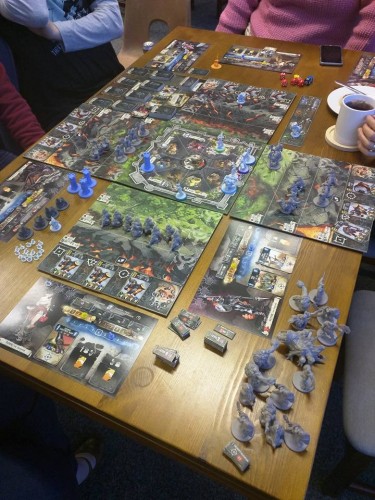