Well presented and designed, lots of references to the movie.

This is an enjoyable but very basic game, one to be brought out at Christmas with the family or when we have kids round before we start an evening of proper gaming. 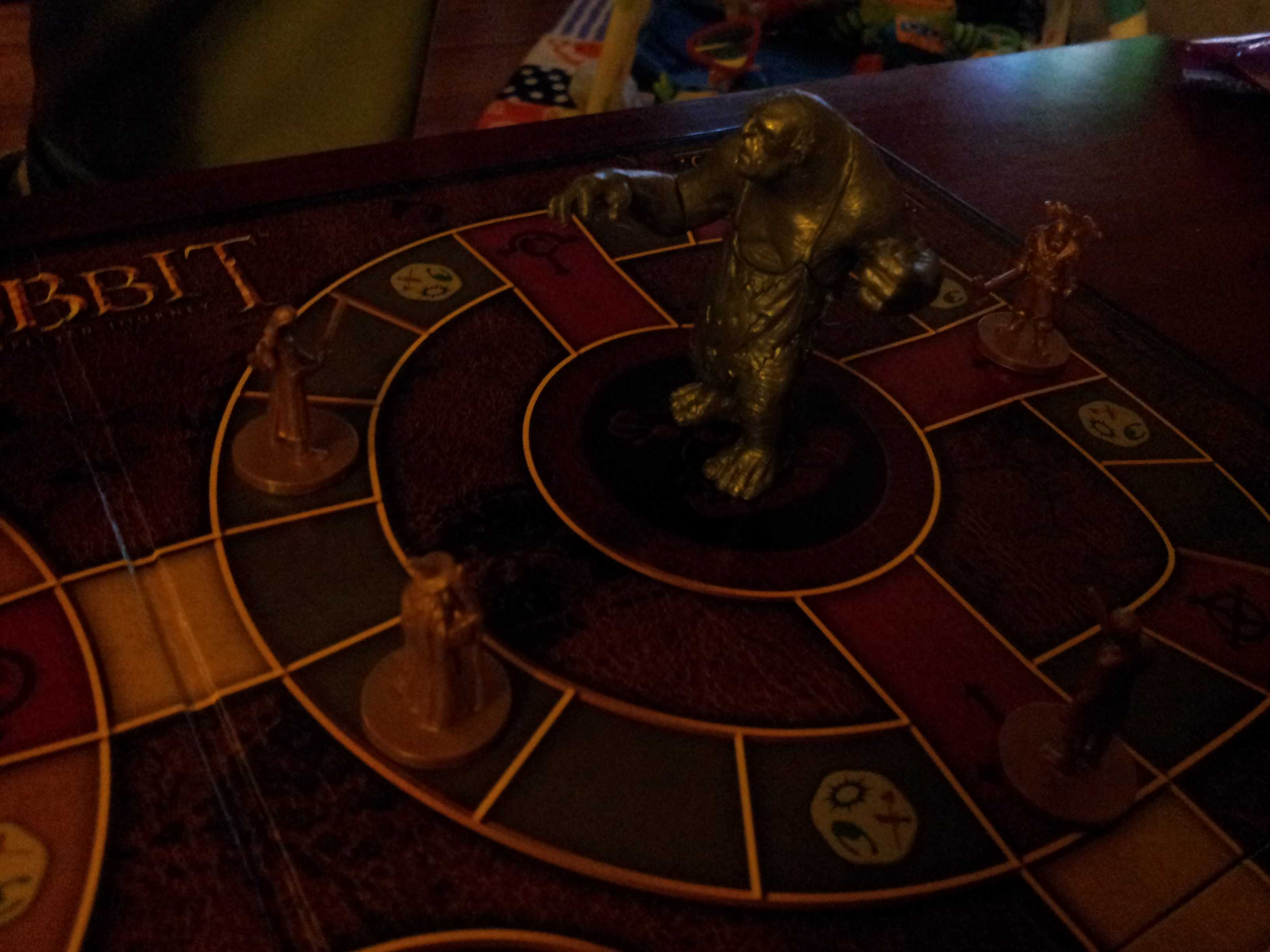 I'm Mel, currently living in Sheffield, but originally from the other side of the Pennines. I'm a lifelong gamer, RPing from a worryingly early age, and basically raised as a geek - I don't think I ever had another option! Any spare money I have gets spent on comics, photo gear or lucha masks, and any spare time I have, when not gaming with friends, is wasted on Sims, Minecraft and trashy movies.
More Goodness
board gamebreakingthe hobbit