previous
The Factions of Vampire: The Masquerade – Bloodlines 2
random
next
Alien: The Roleplaying Game
Tabletop
1 like

2020 promises to be the year of the vampire.  Don’t worry, we are not expecting a plague of blood suckers.  Neither has the Chinese zodiac started including sparkly vampires.  Instead, we will witness the classic nineties roleplaying game of personal horror; Vampire: The Masquerade dominating gaming.

Joining this esteemed company will be a kickstarter for Vampire: The Masquerade – Chapters by Flyos Games.  Unlike the strategic Heritage board game, Chapters is far more narrative-driven and has strong roleplaying elements.

Chapters will allow players to experience a modern-day vampire epic that will incorporate a variety of gameplay styles.  Although gamers will frequently play both board games and roleplaying games, they are rarely combined.  That is, until now.

Chapters is currently being developed by Flyos Games, with advice from White Wolf, and has writers such as Matthew Dawkins involved.  With the kickstarter for Vampire: The Masquerade – Chapters due to start early next year, I spoke to one of the developers of Chapters. 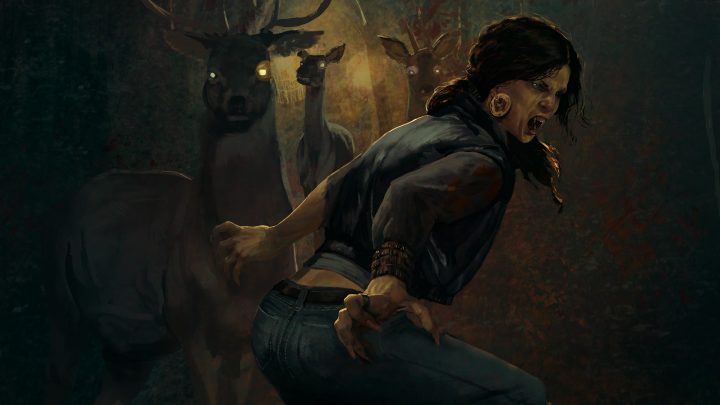 There is a powerful fan base that has been waiting for it come out of torpor and return from the dead. Everyone was playing it and I think it’s time for a people that were playing in the 90s to actually experience it in a much bigger way, and in a modern way.

After White Wolf was acquired by Paradox, they now have everything at their disposal to work on something that is more mainstream and accessible.  I think people are now ready for this kind of RPG and lore at the moment.

Vampire in the 90s was revolutionary and redefined gaming, but now it’s much more accepted.

What was disruptive back in the day, but is now a much more available and ready to play experience. People now understand that roleplaying games are something that you can experience and help you with your personal life. They are a tool where you can discover yourself.

The theme of Vampire is you’re playing a human but also a monster. It’s also a way for people to experience a much more social game than what we are accustomed to.  It’s going back to the roots, but in a modern way.

What made you decide to make a Vampire: The masquerade game?

I’ve been playing Vampire: The Masquerade with my co-founder for eighteen years. This is how we discovered life together and is a cornerstone of our personalities. We’ve always wanted to do something like this, but we had to wait and become sufficiently experienced on making board games to be able to jump on to what will be our most exciting project. We had to be ready, so that’s why we decided to make the game after our second game (Until Daylight).

What have been your influences on making chapters?

We are tabletop gamers, but also video gamers, so there’s a lot of things. Chapters is a story-driven board game, so the main focus on the game is the story.  You have to understand that a story is what drives people. If you have a good storyteller, you can play anything.  You can play a story about cupcakes.  It’s about what you feel and we need to craft it in a very specific way.

In terms of gameplay there is so much that is roleplaying game based, and of course there is Vampire: The Masquerade at the core of the influence.

We chose Kickstarter because it’s not our first dance with it. We know how it works and it gives us a more direct interaction with our backers. There is no intermediary. If there is something wrong we can know right away and that’s very useful for us. It’s a way for us to stay connected and to deliver the best experience.

There are a lot of consultants, writers, illustrators, game designers and playtests. But the more people that give their thoughts on this project, the more we can create something beautiful and amazing.

There will be Kickstarter exclusive material. I cannot say more, but we’re trying to come with a punch on this.  I think it’s going to be awesome and I think you’re all going to like it.

To what extent have White Wolf been involved in the development of Chapters?

We met them at Gen Con last year to explain what we had in mind and ended up staying for an hour after our appointment.  At the end, after we explained the foundation of our idea for Chapters, they said “Yes, let’s go.”

So now it’s on material approval, as every single thing we put out there, we cannot take it back and they have to ensure that it goes with the rest of the brand. So, they’re very involved. Everything is integration, yet they give us freedom to do what we think is best for the game, and they are available for everything that we need and help us brainstorm ideas. So yeah, it’s a perfect wedding.

What type of characters can we play in Chapters and will there be mechanics for linked-scenarios and experience points?

You can play all available characters in the Camarilla. They are their own characters, where you start with a pre-set character sheet. When you start your first scenario, there is a branching mechanism. Depending on your action in what you do, you will gain experience points.

If there is no Games Master, how are the GM aspects dictated?

We are taking into consideration everything that the player could be wanting to do in each situation. So, being a GM-free roleplaying boardgame means you won’t be able to do whatever you want, but you will have enough choices that you will feel that you’re playing a roleplaying tables up game.  You can even play it alone.

As roleplaying games are a very freeform endeavour, and tabletop gaming is much more mechanics based, how do you combine the two?

That’s the bridge we’re trying to create at the moment.  We aren’t just a board game company; we’re boardgame players and roleplayers. Most of the tabletop communities go from one point to the other, but they rarely mix. What we want to do is give an introduction to the Vampire: The Masquerade universe.  That’s why we’re wanting to have an easy-to-play but hard-to-master experience.

I think they are just mutually exclusive because they used to be. I believe they have lot in common and I believe that we can do it. The main point of the brainstorming that created Chapters was that we want to play Vampire: The Masquerade every week, but real life gets in the way.  We just realised how awesome it would be to run a campaign like Vampire: The Masquerade.

At what points in the World of Darkness meta-plot does Chapters take place and will the events be considered canonical?

After this, the Camarilla was able to get Montreal back. That doesn’t mean that there are no pockets of Sabbat here and there, or that the Camarilla has a strong hold on the city. There is much more to discover in the city. Montreal has been a city for centuries, and there are secrets still hidden in Montreal that we are eager to discover. 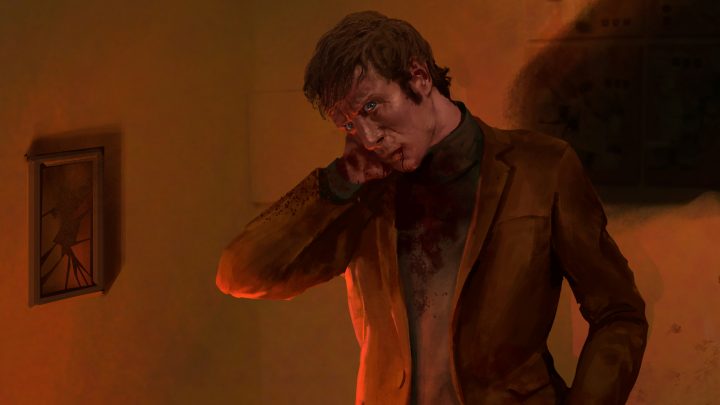 How will conversations influence the outcome of a board game?

We want to allow players to have different approaches to the game; to give everyone their own way of doing things. So, when they finish the game first time, they can replay it. Of course, you’re going to know the story, but you will be able to experience it in a very different way. The number of scenarios that you can play in your first play, even if you try to play as much as many scenarios as possible, you will still play only two-thirds of the game, so there is still a third of the scenarios that you haven’t experienced yet.

Given Chapters is a story-driven game. How much replayability is there?

This is a four-player game, and you have, for the moment, nine clans. Even if you change character during the campaign, because you can, there is some room for replayability and specific scenarios where you will see what would have happened if you played a different choice.  Depending on what you choose and what clan your character, it will influence the decisions and the possibilities of the next scenario as well.

Is there the possibility of expansions?

We have announced two character expansions, the Lasombras and The Ministry, and the Banu Haqim will be offered to backers who support the Kickstarter campaign on day 1.  We will have eleven clans in total.

What stage in development is Chapters and what’s the proposed schedule for the Kickstarter?

So far, we have around ten scenarios available that we have played, and play-tested the combat and dialogue mechanisms.  The investigation mechanism is pretty much finished. We still need to make a beta test, but so far, it’s relying on the other mechanisms. So, there is a foundation on this that is very reassuring, especially since we are putting it out there on Kickstarter on 4th February 2020, probably February. After that we have at least a year production until delivery.

So far, we already have writers available and willing to work on this including people that you might be aware of. We also have people who are already working on Vampire: The Masquerade, that are helping us and giving their insights.  The story is written, but we always like to add more brains.

We’ve created a dedicated a Facebook group to talk and exchange feedback because we need help from players. We need to understand what clan do they want and how do they envision each clan.  The more committed the community, the more awesome this game will be, and that’s our promise. We don’t compromise on quality and we’re very transparent on what we do.

Science Fiction: the final frontier. These are the articles of the freelance journalist Peter Ray Allison. His continuing mission: to explore strange new realms of fiction, to seek out new genres and new visions of the future, to boldly geek where no one has geeked before.
More Goodness
board gameChaptersflyos games