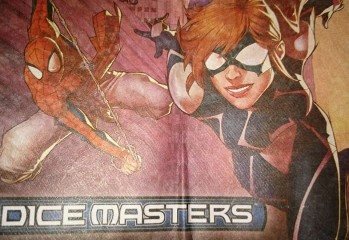 by MrCraiggyon 14/01/2016
You may recall a while ago I talked about a game called Dice Masters. I talked about the concept of a “dice building” game and how the Yugioh and D&D starter sets held up compared to the comic book counterparts. I’m now presented with the new Amazing Spider-Man two player starter pack (RRP £16.99) and […]
2 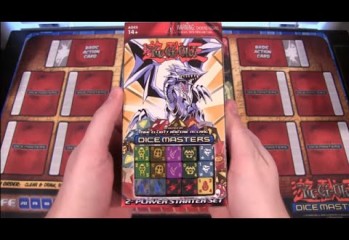 by MrCraiggyon 10/08/2015
Dice Masters. A collectable “dice building” game by WizKids first released back in April 2014. With over a year and several expansions and variants under its belt, Dice Masters has maintained a solid player-base and has expanded across several creative licenses. Originally the game started with Marvel Comics leading the way with the Avengers VS X-Men […] 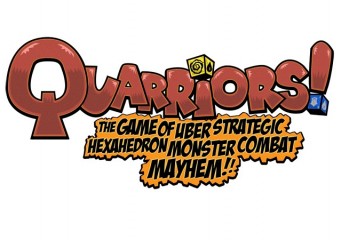 by Bevan Clatworthyon 13/05/2014
With the release of Marvel Dice Masters in the UK (you lucky devils in the USA have all the fun!), I thought that for this review I’d take a look at the original title that gave us the Dice -Building game upon which MDM was based – the strangely named Quarriors. Quarriors is a game […]
2 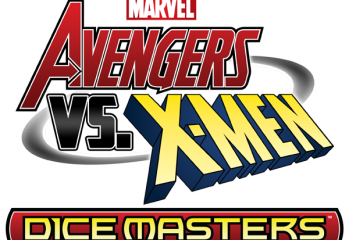 by Bevan Clatworthyon 24/04/2014
WizKids have announced the release of their latest Dice building game, Marvel Dice Masters! Using the critically-acclaimed Quarriors ruleset as a basis, MDM will see players building their team of heroes from the Marvel universe, along with special powers before attempting to smash their opponent into the floor! A new twist for MDM will be […]
The Geek Pride Cast
Tweets by @GeekPride1