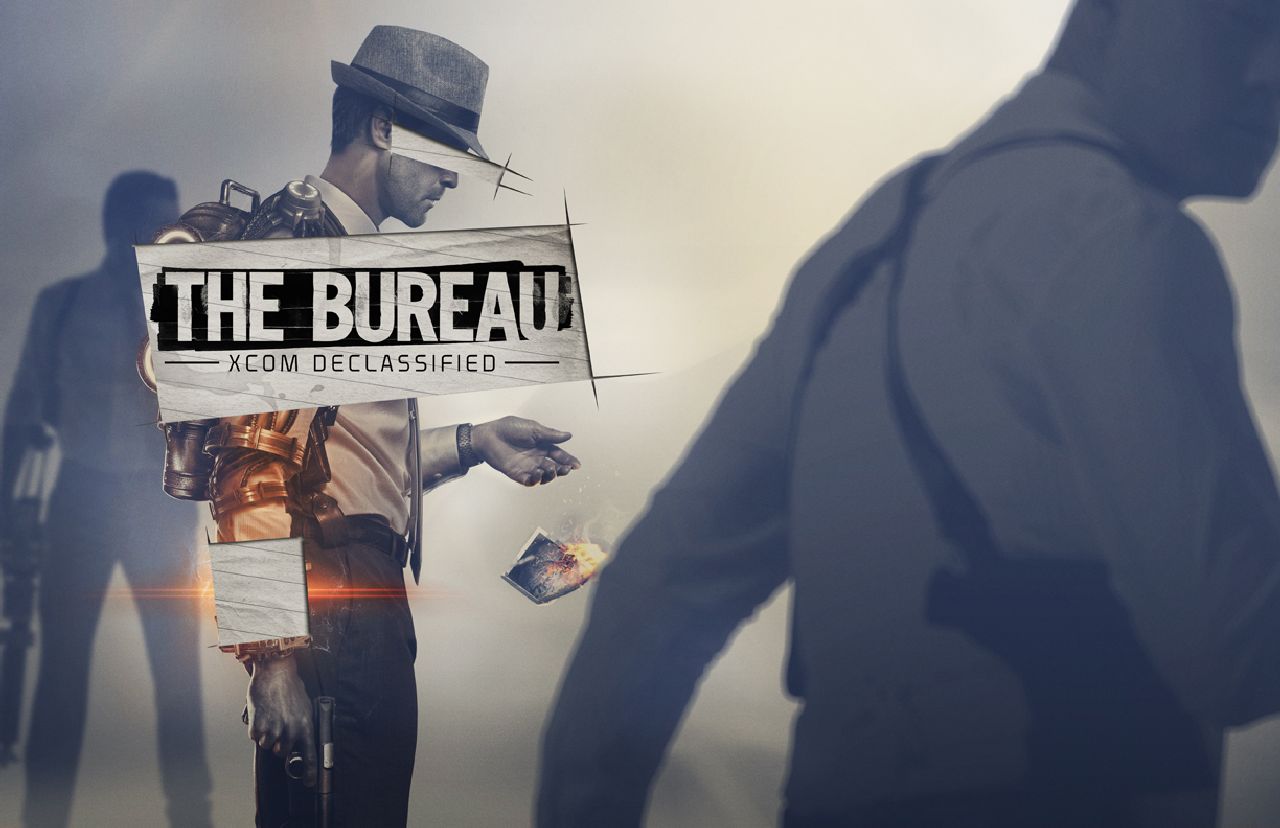 Tales of alien invasions are a well explored territory in video games.  From as early as 1978 with Taito‘s Space Invaders with it’s trademark sprites and claustrophobic soundtrack, we have all long become used to fighting for the survival of our planet and species.

The Bureau:  XCOM Declassified follows last year’s well received Enemy Unknown as the second spin-off in the 90’s PC strategy franchise since 2012 and whilst that game mostly stuck with the 90’s formula of isometric squad control, The Bureau tries to bring the series to a new audience as a 3rd person strategic shooter. The Bureau attempts to follow the likes of Spec Ops and Mass Effect by weaving interactive dialogue and an emotional story into the XCOM universe. Sadly, it fails on almost every count.

The Bureau takes place in 1962 John F Kennedy’s America. Consumed with the cold war threat of Soviet infiltration and invasion, the US government is taken by surprise when an attempt at conquest actually arrives from much further afield. Players assume the role of CIA Special Agent William Carter – a disgraced war vet with a drinking problem, who was once a rising star before a tragedy struck his family.

Home after defending Uncle Sam’s interests overseas , he becomes embroiled in a courier mission gone wrong, Carter is sent to work in a US Secret Service underground base and given the duty of eliminating the alien threat whilst keeping things as low key possible so as not to panic the general population.

Unfortunately the cracks begin to emerge early on and only seem to grow in number as the game’s lacklustre story progresses. Whilst Carter and his companions are given detailed back stories, these are never truly explored outside of occasional chit-chat back at the base and Carter is as wooden and stereotypical as any modern game protagonist you are going to find.  Some occasionally dire voice acting really doesn’t help matters and what could have been a really interesting insight into the post-WWII to Cold War psyche, and it just becomes lost in predictable plot twists and bland conversation.

The interactive conversation system is another problem and is so close to Mass Effect in functionality and design that it borders on plagiarism. Discussions with other characters only ever seem to open up occasional side quests or offer further details of the plot, and they just do not have anywhere near the repercussions or weight on the story as they have in Bioware‘s space opera.

The opposing alien force are similarly uninteresting and almost every mission in the game just involves getting from point A to point B and taking down hordes of varying alien races as you go.  Some of the bosses and larger enemies will have weak points which need to be exploited and will require strategic decisions but most can be taken down using the standard weapons selection and some laissez faire cover-based combat. In order to survive, Carter needs to recruit fully customisable companions from the base and train them in the field.  The levelling system is important here as Carter will need to spend skill points wisely on new abilities and special moves for himself and his companions but it is the appalling companion AI which will truly spoil this game for the vast majority of players.

As a turn-based strategy game XCOM is not known for being a particularly forgiving series, yet when it comes to difficulty Bureau Declassified is a different beast. Companions are ridiculously stupid at lower skill levels and will quickly run into hails of enemy gunfire if not constantly directed by the player.

Many modern action RPG’s use maneuvering systems that allow for enhanced team techniques like flanking but in most cases playing through an early level of  The Bureau feels less like commanding an elite military squad and more like babysitting two sharply dressed lemmings with a death wish.

As in Enemy Unknown, companion deaths are permanent so any skill points and upgrades earned up to the point of a team member’s mortal passing are lost, leaving the player to start all over again with a new recruit. Initially, this brings back memories of classics like Cannon Fodder and acts as a stark reminder of the harrows of war but after multiple cheap deaths due to the dumb companion AI, it just becomes irritating.

Visually, the game isn’t anything particularly special.  Some of the outdoor areas depicting 1960’s war ravaged American ghost towns look nice but sadly most of the level design is repetitive and later sections set in the alien terraformed habitats could have been pasted straight from any Mass Effect or Halo clone. The game does have some interesting audio design but again this is only usually heard when walking around the dilapidated streets or cafes and catching an old 60’s classic on a radio (which oddly still seems to be running even though nothing else is and the rest of the place is plunged in darkness). There is also an inexcusable lack of polish to parts of this game with some low textures and out of date mechanics and these only make the game feel even more like a chore.

It’s truly unfortunate that ‘chore’ is the best word I can use to describe this game. There is nothing particularly original or inspiring about The Bureau, and playing it feels more like hard work than fun. No elements explored here haven’t been done much better by countless other titles over the last few years and despite the occasional soundbite or 60’s quip, no real sense of heart or imagination seems to have gone into the finished product.

2K have made no secret of The Bureau’s long and troubled development cycle, but the fact that this is a game which nobody ever really wanted seems to shine through at every corner. I can’t recommend The Bureau to most action fans because of the combat, direction and design problems and I can’t recommend The Bureau to XCOM fans as the game plays very little homage to the original series anyway. A missed opportunity and an extremely average title that is probably best avoided.