The Flash is out! 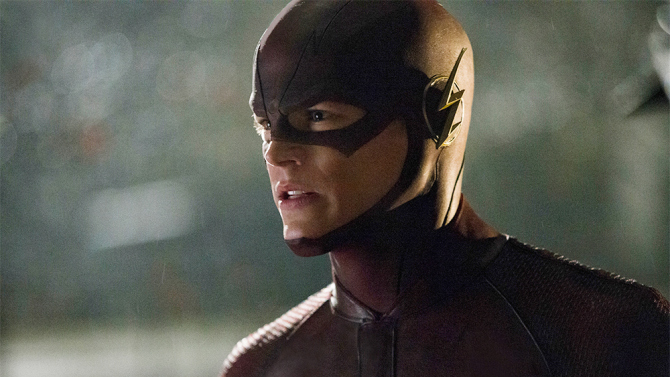 The pilot for the new CW show, The Flash, has been leaked and ever since the internet has been buzzing. While most of those that have watched it agree that it was definitely worth it and that the show will probably be a contender for the title of the best CW show, the question isn’t about its quality, but whether or not leaking and watching this version is right. To be clear, I’m not talking about it in a moralizing way, I simply mean that with the show’s air date set for the fall, the anticipation for what has the potential to be a fantastic series will definitely dwindle.

We all complain (loudly) about the hiatuses, the teasing trailers that taunt us about our favourite shows, but each one of those marketing strategies has a very well defined purpose. To make us want more. With having seen this, who will eagerly wait for a rewatch two months from now? Despite there being no way for us to quantify the amount of viewers the show will get, at least when it comes to the first episode, presumably whatever number it reaches, it will be significantly lower than what’s expected, solely because we’ve been there, done that.

I suppose this could lead into a discussion about piracy, something that we all know is happening and that (for now at least) is a phenomenon that can’t be stopped, but usually people use the excuse of : I didn’t want to wait for years on end until the series was available in my country. Can that still be applied here? We’re not taking advantage of some rich corporation *cough* HBO *cough*, we’re not watching it because it’s been out for months and we want to avoid spoilers, we’re simply watching it because we’re…what? Completely smitten with the idea of The Flash? Just dying to know what happens? But how about the next two months (and a week) until we get some new material? 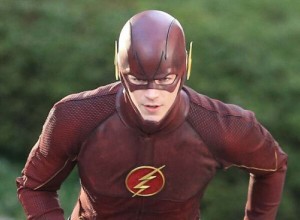 The show will still be good, there’s no doubt about it, the actors will still be great at their jobs, but will we be there when they need it the most? Televisions function on a basis of audiences and while there are more “pirates” out there than actual viewers, particularly for a television such as the CW, the amount of illegal downloads isn’t taken into account when green-lighting a show. They’re obviously not going to cancel it, but who knows, maybe we’ll be deprived of any new information (can we even call it new now that it’s out in the open and will be for the foreseeable future) as a form of punishment. Or simply because the television executives will be too paranoid to let anything else out again, something that will definitely extend to other shows, apart from The Flash.

That being said, watching it is going to be a personal choice, one that I won’t judge, though I will judge you something fierce if you dare post any spoilers about it, because some might be eager to see it as soon as it’s out, but some will want to wait and enjoy it after months of anticipatory suffering. In the meanwhile, for everyone out there, here’s the trailer for The Flash, to remind yourselves why this show will be awesome.