The problems and potential of Legends of Tomorrow 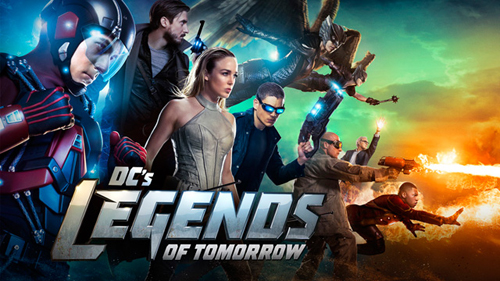 The series has its good points, characters from both Arrow and Flash going off on time travel adventures has a great sense of fun to it and there’s some great chemistry between some of the characters, Miller’s Snart and Purcell’s Rory being a good example . Comparisons to the BBC’s Doctor Who are further emphasised by the fact that Davill is well known to British viewers for his role as Rory on the BBC’s show between 2010 and 2012.

The series also has its down points though, namely Kendra and Carter (aka Hawkgirl and Hawkman) are woefully underdeveloped. Kendra in particular is subject to crude attempts to shoehorn in some soapy style love story aspect, one of the worst things about Arrow. Vandal Savage is another problem, Savage is sold as an ancient immortal warmongering tyrant but here it takes him until the far future to actually conquer the world which makes the character unintentionally laughable.

Despite its faults one of the things that Legends of Tomorrow does allow for is featuring characters that might never appear in a film or in other DC shows (or have appeared in films that were woefully bad given how awful DC based films have been of late). Rip mentions there are different branches of time which could be prime opportunity for exploration. One example of this was when the team travelled to the past and met Jonah Hex the surly and scarred bounty hunter in America’s Wild West.

With this is mind here’s some characters that could work really well on Legends of Tomorrow. 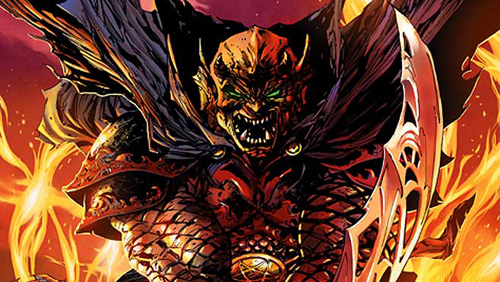 Created back in the 70’s by comic legend Jack Kirby, Etrigan The Demon is an anti-hero character that gained a whole new prominence with appearances in Neil Gaiman’s Sandman and Alan Moore’s Swamp Thing amongst others. A powerful demon Etrigan was summoned by the wizard Merlin but then bound within Jason Blood a knight of Camelot, this made Blood immortal both a blessing and a curse. The dichotomy of Etrigan and Blood is a spin on the classic Jekyll and Hyde story.  Etrigan is powerful even in his bound state but capricious and self serving in nature whilst Blood’s long life has scarred him him in more than physical ways. 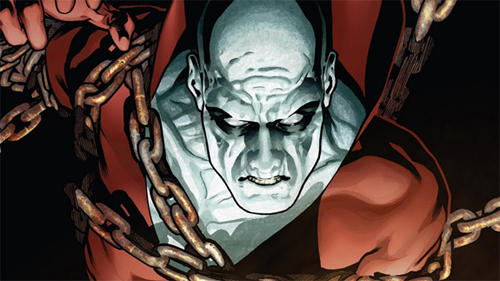 Originally appearing in the 60’s Deadman is another character who would gained prominence via the works of Neil Gaiman and Alan Moore in The Books of Magic and Swamp Thing as well as other appearances including more recently in Justice League Dark. Deadman is a former circus trapeze artist named Boston Brand who performed his daring act under the stage name of Deadman whilst wearing a red costume and ghoulish white corpse make up. When Brand is murdered during his routine his spirit is given the ability to possess the bodies of the living by a god named Rama Kushna to bring his killer to justice.

One of DC’s more nebulous characters The Phantom Stranger first appeared way back in the 50’s and is often featured as a wise but mysterious and cryptic figure with various supernatural powers often observing and helping other characters defeat some nefarious force of evil. The Phantom Stranger has appeared in various titles over the years at one point being offered a place in the Justice League alongside featuring in Alan Moore’s Swamp Thing, Matt Wagner’s Madame Xanadu and featured in The Trenchcoat Brigade amongst others. There are various origin stories for the character.

First appearing in the 80’s Booster Gold is an egotistical glory seeking hero from the far future who utilises future tech and knowledge of historical events to help gain fame and status via highly public incidents of “heroism”. Over time Booster Gold actually becomes a genuine hero dealing with the problems of his reputation for being a glory seeker.

First appearing in the 60’s Zatanna is the daughter of powerful magic wielder Giovanni “John” Zatara and a powerful magic wielder in her own right who discovers her gift whilst searching for her missing father. Zatanna has featured in various titles from DC from her own like Zatanna Everyday Magic to Justice League Dark amongst others. Zatanna has previously appeared in various DC animated productions like Batman: The Animated Series and also featured in the TV series Smallville.