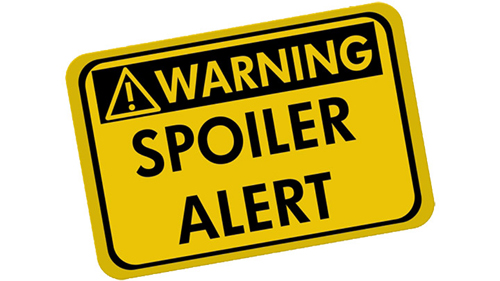 So let’s start this with a warning that there will be spoilers galore for The Walking Dead Season 6, especially the finale, so if you’re an “ERMEHGERD! SPOILERS!” type then go put the kettle on or go for a nice walk.

So The Walking Dead Season 6, like pretty much every season before it, has been a bit hit and miss…and where has missed it has really missed; like Glenn and the miracle dumpster. Though that little demonstration of hamfisted viewer manipulation pales into comparison to what’s demonstrated later on.

Even if you’re not really a fan of The Walking Dead it’s probably been hard to avoid hearing or seeing something about it in recent months given AMC’s relentless marketing, which in it’s wisdom announced to the general collective approval of fans everywhere that Jeffrey Dean Morgan had been cast as a new character in the hit show, a character from the comics, a character called Negan.

I’ve mentioned before how The Walking Dead, despite being a ratings hit, more on that later, is inevitably compared to its source material and often found lacking because there’s certain things that you apparently just can’t do on TV and also because The Walking Dead generally seems to have some of the worst narrative consistency of any show I’ve seen. As I stated in that previous piece making changes isn’t necessarily a bad thing if done well ,often it isn’t though.

Season 6 spent a lot of time trying, but really failing, to sell the idea that The Saviours were a threat. A threat that Rick and company agreed to deal with in exchange for supplies from the new settlement of Hilltop they are brought to by Jesus (another new character from the comics) who have been under the heel of The Saviours for some time so welcome Rick’s plan.

By this point Rick and the gang have been through that much that they figure this will be a walk in the metaphorical park.  Almost every instance of Rick and company dealing with The Saviours results in them having no real trouble or consequences at all, mainly due to The Saviours general incompetence and disorganised nature. From the start of Season 6 to the penultimate episode 15 The Saviours have only managed to kill one of Rick’s people and that was a character that nobody really cared about, seriously nobody really cared about Denise getting a crossbow bolt in the eye, even if they tellingly tried to focus on her in that episode to make you care. If there’s one thing The Walking Dead is good at it’s introducing characters that have very little development so they can be killed later to satisfy the bodycount without actually impacting the main core cast. 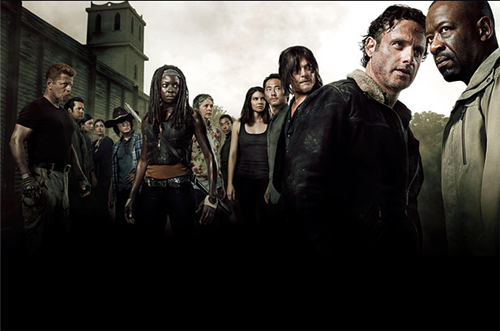 Also let’s be clear The Saviours had no real idea about Alexandria until Rick and friends went and killed a bunch of them in their sleep in that encampment under the impression that would be mission complete . This is just part of the moral ambiguity of the world of The Walking Dead, the idea that Rick and company are the kind of people that they would’ve avoided in earlier seasons and they are the “good guys”.

So with the aforementioned hype and the news that the season finale with be longer, 90 minutes (with ads more like 65 actual show) anticipation had reached pretty high levels, for all its misses The Walking Dead is still capable of being a pretty solid show and there’s no way that all that gained momentum could just go nowhere and be utterly squandered right??

You have no idea how wrong you can be. Although I should point out that none of the problems here are due to bad performances, for all its faults The Walking Dead has a dependably solid core cast who definitely do a good job with what they’re given and Greg Nicotero’s make up FX continue to amaze.

The season finale is possibly one of the worst episodes yet because of everything it promised and then utterly failed to deliver . The episode at its core is basically supposed to be a tense and nightmarish ride as Rick tries and ultimately fails to get the apparently very ill Maggie to safety. This could’ve worked, it’s the kind of thing that could make for a horrendously taut nail biter of an episode, but any tension is torpedoed by pointless turgid extraneous scenes featuring Morgan tracking down Carol, who apparently wants to die after having one of the most out of character existential breakdowns ever and some other stuff with Carl and his galpal Enid.

There are numerous other problems though, Father Gabriel (one of many characters who you tend to forget is even there) is left to look after Rick’s daughter Judith and everyone else at Alexandria, this is despite previously being seen as an untrustworthy coward and very little being done to justify Rick’s new found faith in him.

More importantly though, and crucially, The Saviours went from a group of half arsed unorganised clowns who failed to be anything like a threat to being an incredibly effective military style precision unit seemingly over night. Negan’s plan as demonstrated here would’ve taken serious manpower, equipment, time and coordination but most importantly knowing where Rick was going to be going and there’s been no evidence of any of this in the previous episodes that I’ve seen. The idea of The Saviours being a threat was sold so badly over the season that they had to waste even more scenes on a subplot involving some random guy being punished as a warning to Rick and company that actually The Saviours were bad news.

By the time the last 15 minutes or so comes around it’s basically a mercy, because the finale is an exercise in filler, filler that’s only there so AMC can sell more ads because The Walking Dead is a ratings hit. Those extra twenty minutes or so add nothing to the narrative.

Youtuber Jeremy Jahns has an interesting theory about Carol’s surprising existential crisis which could at least explain a lot of the stuff here, but really I don’t give the writers of The Walking Dead that much credit but you can check it out here and make your own mind up. 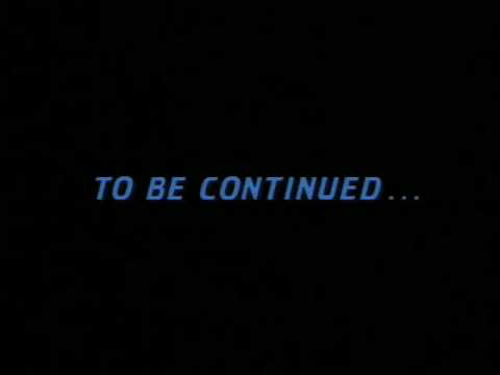 By far the worst part though, the whole episode was built on leading to a scene everyone knew was coming, but they still had to drag it out and then drag it out some more.  Anyone who’s read the comics knew this was coming, and anyone who hadn’t read the comics probably knew due to the extensive marketing and buzz about Jeffrey Dean Morgan’s casting as Negan. I should definitely say Jeffrey Dean Morgan is great as Negan and utterly sells the character in all his weirdly charismatic glory, but the way this episode ends utterly robs what should be a horrifyingly powerful scene of all it’s power in what plays like the writers deliberately giving viewers the finger for actually being dumb enough to get invested in this in the first place.

The war between The Saviors and Ricks gang is one of the most intense and engrossing arcs in the comics but whether you’ll actually be interested in whether they do that any justice at all or just utterly fumble it like they did with other memorable arcs from the comics remains to be seen. Negan spends what little time he’s on screen here, which is about 12 minutes give or take, explaining the consequences of crossing him only for this to not be shown , utterly negating the whole purpose of the scene for the sake of a bad cliff hanger to get people talking. Which has definitely worked, although given the reactions bouncing around social media we’ll see how that works out.

Cliffhangers in themselves can used well if a show has been done well enough to actually maintain interest until the resolution, I mean who can forget the first part of Best Of Both Worlds which was the last episode of Season 3 of Star Trek: TNG? That ending was a brilliant use of a narrative cliffhanger which made you excitedly want to know what was going to happen.

The Walking Dead has always been like that friend who has a drinking problem, you know they can be good but they keep disappointing you and this might be one disappointment too far.