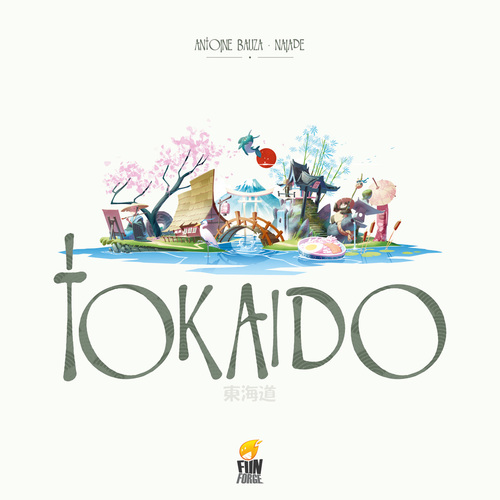 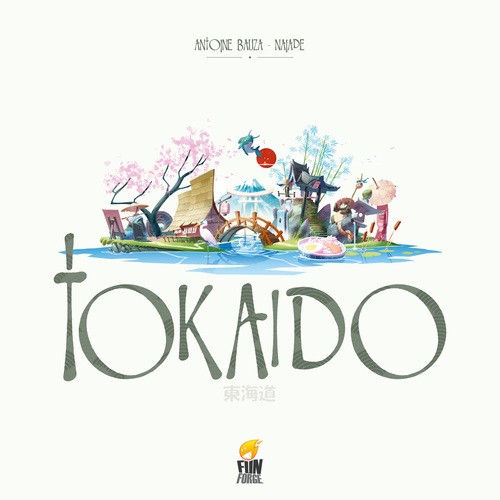 Tokaido was a game I had on my radar for quite some time, so when Miniature Market had a decent deal on it, I snagged myself a copy. Turns out it was a good investment, as it is one of my favorite board games to come along in a while.

In the game players take on the role of travelers on the East Sea Road in Japan, all trying to achieve the same goal of reaching the capital city of Edo at the end of the road. Along the way you will make numerous stops to earn money and obtain cards which are worth points, the player with the most point after everyone has arrived in Edo being the winner.

Each player chooses two travelers at random then picks one of those two to be their character throughout the game, each traveler having a different ability that can help along their journey. From there, the game plays out a bit differently to most other games on the market as, instead of rolling a dice to determine how you move, the player furthest back on the road goes first, no matter what. Even if you have already taken a turn, if you are the furthest behind, you go again until someone else takes that spot. In addition to this, you can move forward as many spaces as you like (save for Inns, which all players have to stop at). 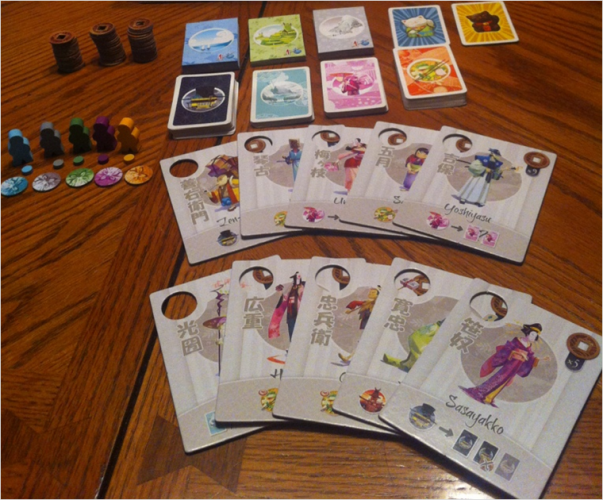 Each stop benefits you in some way: Farms give you money, Temples allow you to donate money which nets you points, Encounters allow you to meet other travelers who will then reward you in various ways, etc. There is one catch to the way the spaces work however: if someone is occupying a space, other players cannot occupy it on their turn. The only exception to this is when you play the game with four or five players, in which case double spaces come into play.

It sounds simple (and it is), but there is some strategy involved as everything you do advances your score in the game so it’s important to plan your moves and attempt to rack up the most points possible. That means you may not want to necessarily jump straight to Inns because they’re the furthest space you can jump to, instead try to hit as many spots as possible to maximize your points. In this vein, it plays out similar to Ticket to Ride, with the score being kept courtesy of scores on the top border of the game as well. 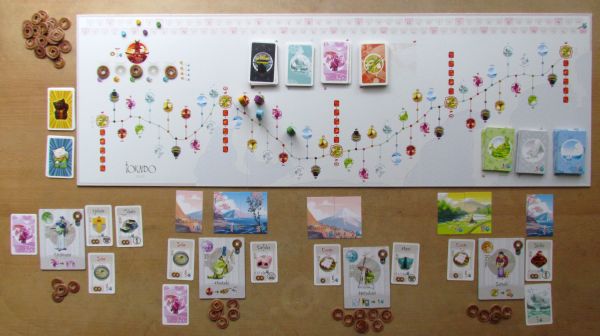 One of the other cool things about Tokaido is that, unlike many games out there, it’s not overly competitive. While you still want to win and score the most points, nothing you do (aside from landing on a spot someone else wanted) hinders the other player, keeping the playing field at a pretty even keel for the duration. Also, even when a player gets to Edo at the end, the game is not over. The game ends when all players have reached the end, and that is when final scores are tallied to determine a winner.

Parts of the game, especially the way movement is done, might throw some people off at first, but it’s actually very easy to get used to after just one or two games. The player order is also a bit unusual, but I like the way it works out in play. Even with taking multiple moves per turn, it does not guarantee victory. Other players can hit the right spots and skyrocket their points in a matter of minutes if they are trailing far behind.

At first, the rule book might seem a bit intimidating as there are quite a few rules, but they are actually very easy to remember and I found myself very rarely referring to it during the first few plays. There are also a lot of components in this game, but again, they’re more intimidating at a glance than they are in play.

In terms of presentation, Tokaido is absolutely gorgeous. The artwork in the game is stunning with terrific hand-drawn artwork on the board, the cards, and the traveler pieces. The meeples and scoring tokens are high-quality wood and the traveler icons and color indicators are a nice thick cardboard. The cards are a bit on the small side, but given how many are used in the game and the fact that they all have locations on the board, it’s understandable and fits well with the overall package. Honestly, my wife didn’t want to play the game because she loved the art so much and didn’t want to put any wear into the components (don’t worry; she relented, and she had a lot of fun). 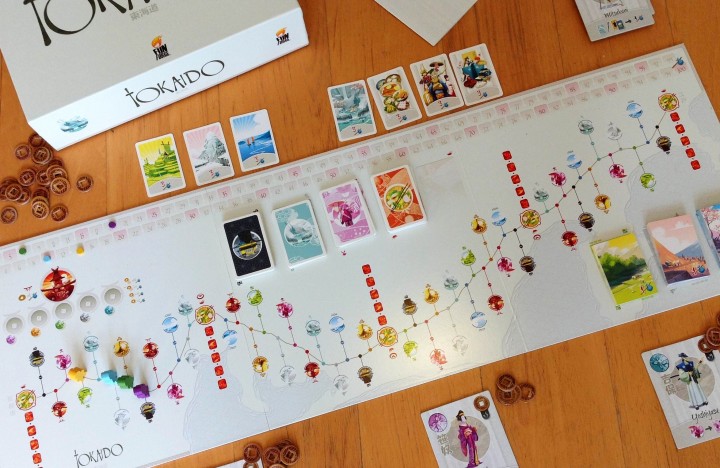 While not a perfect game (it can be relatively short, depending on your play style), Tokaido on a whole is a fantastic package, and one I definitely recommend. If you have kids, it’s a great family game, too, as it’s very easy to learn and get into. After playing, I am very much looking forward to getting the various expansions in the near future and beefing up the experience.