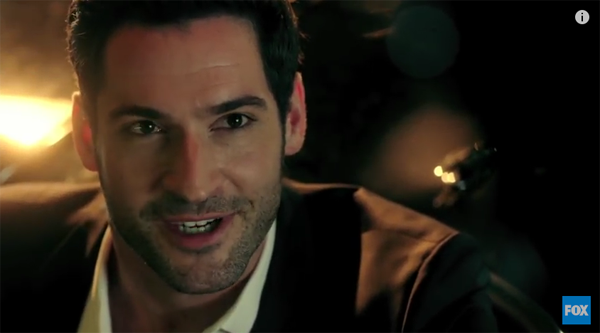 So for those that don’t know the first trailer for Fox’s upcoming Lucifer appeared the other day, and, well let’s just say it’s exactly as woefully bad as I was expecting it to be really.

A while back I commented on the problems networks faced when adapting comics for TV, the main thing evident here though is they haven’t even tried. This isn’t just indolent fanboy whining over a character’s hair not being the right colour (FYI Lucifer’s hair is blonde in the comic and his appearance is based on a young David Bowie) this is more genuine confusion over networks decisions to take something which has its own fanbase, has more than enough potential to appeal to a broader adult audience and also has the potential to become a genuine talking point for being something different (a bit like how everyone was talking about Hannibal because of its artistic embellishments as well as its great cast and occasional horrific moments) but then just jettisoning pretty much everything identifiable about it.

Mike Carey’s Lucifer isn’t good enough for for Fox apparently who seem intent to just boil things down to their very base concept and then crudely shoehorn them in to already established TV formulas. Lucifer, instead of Mike Carey’s vastly engrossing tale of Hell’s former ruler growing bored and abandoning his kingdom for life on Earth with lover and ally Mazikeen (a fearsome warrior and leader who, it should be said, would make for a great female character for TV based on comics, something distinctly lacking at the moment), is now a police procedural with some supernatural elements bolted on. Because rather than a tale of the Devil spending his days in a piano bar, pontificating on existence, mortality and the capriciousness of God while taking the odd trip to the realms of other capricious gods, I’m pretty sure the one thing TV viewers have been yearning for is another police procedural right?

This is an epic tale, in the true sense of that word, the kind of story that could easily span five seasons of TV at say 12 episodes a season and have great engrossing characters with a real sense of story and be up there with critically acclaimed TV like HBO’s Game Of Thrones.

Instead of that we get Tom Ellis as Lucifer and Lesley-Ann Brandt as Maze (apparently a diluted version Mazikeen, you’re surprised I can tell) who become embroiled with the affairs of Lauren German’s LAPD homicide detective after a pop star is murdered outside Lux Lucifer’s nightclub, doesn’t that sound great!

My initial response to the trailer?

Not too long ago when I read that a comic, especially a more adult oriented comic, had been optioned for a film or TV I got cautiously optimistic about the amazing potential any film or TV show could have but now it just elicits a world weary sigh as I contemplate how completely and utterly it’s going to be bastardised to the point it barely resembles what it’s supposed to be as though networks are in competition to see who can do the worst adaptation.

I thought The CW’s hatchet job of iZombie or Veronica Mars The Zombie Years was pretty awful in its own right nevermind how it’s a woefully bad adaptation of something quirky which could have been a cult TV hit but Lucifer is even worse in the adaptation stakes and it leaves me wondering exactly what the upcoming Preacher adaptation from AMC is going to be like. AMC has already pulled off adapting one comic with the smash hit The Walking Dead but let’s not forget that The Walking Dead is riddled with numerous problems of its own.