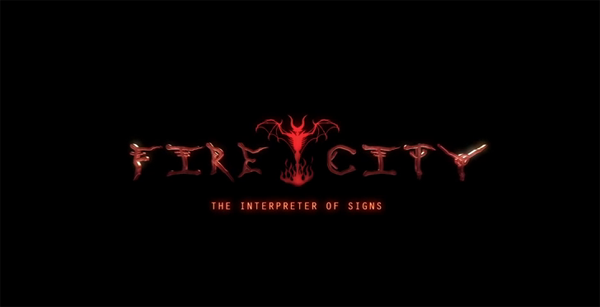 As well as working on the upcoming sci-fi creature feature Harbinger Down, Tom Woodruff Jr. has also been working on another Kickstarter derived project, Fire City: The Interpreter Of Signs.

The noir tinged fantasy set in the world of Fire City created by Brian Lobocki and Michael Hayes tells the tale of Atum Vine a 700 year old Demon in the guise of a 30 year old, to the humans he is the drug dealer at the end of the hall in a beat up tenement building, to his fellow demons however he deals in something more potent – human misery. Then one day everything changes. The steady flow of addicts stops showing up, and the humans stop their predictable and lucrative self destructive behaviour, the alcoholic mother stops drinking, the wife beater stops swinging his fists and the deadbeat dad turns into a model father . When Atum visits Cornelia, an interpreter of signs or fortune teller in the demon world the pair discover something is very, very wrong.

The project which is now in post production recently released its first full length trailer which introduces the shadowy world of Fire City but also features the amazing practical FX work that Tom Woodruff, Jr and Alec Gillis’ Amalgamated Dynamics Inc are known for.