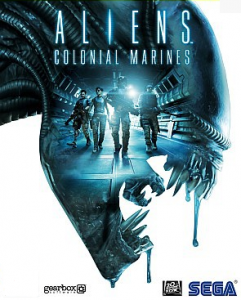 Straight to the point: An appallingly bad spin-off from the Aliens franchise and a game which will leave a bitter taste in the mouths of Gearbox Software and possibly even the entire gaming industry for years to come. One of the most disappointing titles of this generation.

Few movie franchises have been adapted for, or have inspired, video games as much as the Alien Saga.  From Doom to Halo to Half Life, the legacy of Alien is self-evident and is the source to which many of the industry’s most well known names will owe much of their success. Alien games themselves have been of varying quality, the most notable probably being the original Aliens Vs Predator and it’s sequel for the PC in the early 2000’s. With the only possible exception of Alien Trilogy on the PSOne and Saturn, AvP invited the player to step into the shoes of a Colonial Marine trapped in deep space and being hunted by Xenomorphs for the first time and created a truly terrifying and unnerving atmosphere, also allowing the player to embark in the role of either the Predator or Alien respectively if they were that way inclined. 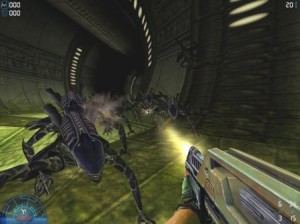 The sequel to the original Aliens Vs Predator on the PC remains the best Aliens game on any modern platform and whilst it isn’t too pretty by today’s standards, almost any modern PC or laptop will be able to run it.

In 2001, Aliens: Colonial Marines was announced by EA and promised to bring a new level of survival horror set in the Alien universe to the PS2. Finally, after a switch from EA to Sega and Gearbox, twelve years and nearly two console generations later, Colonial Marines has arrived to minor fanfare and your answer to the question of whether or not it was worth the wait will depend heavily on your love for the franchise and just how much you are willing to tolerate.

Set shortly after the events of Aliens (Alien 2), the player assumes the role of a United States Colonial Marine sent on a rescue mission to find the Sulaco, with all occupants of LV-426 assumed dead. From the very beginning the homage paid to the source material becomes evident, with half of the android Bishop’s corpse strewn across the cargo bay floor and parts of the level left in the exact same position as they were at the end of Aliens, however sadly the game’s technical flaws are also revealed just as quickly.

Firstly, to say that Colonial Marines is no looker would be a massive understatement. The graphics are certainly not up the level of most modern big-budget shooters and whilst the trademark off-white aesthetic and coarse silver of other areas have been retained, the Xbox 360 version suffers from framerate and screen tearing problems as well as low resolution textures and bland environments. What is visually impressive however is the extent to which the Alien enemies are able to interact with the scenery in the single player campaign. Xenomorphs will scurry along the walls and ceilings and Facehuggers can hide behind items on shelves, waiting for an opportunity to ambush the unsuspecting player. 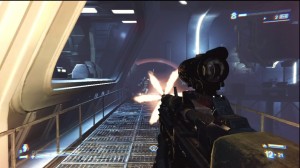 Similarly, the sound design is equally excellent and a good sound system or pair of surround headphones will be put to good use here. Whilst not atmospheric to the level of a game like Dead Space, the trademark bleeps of the motion sensor can send a chill down your spine when playing in a darkened room and the synonymous sounds of the pulse rifle never seem to get old, indeed this may be one of the reasons why the pulse rifle remained my favourite weapon throughout the entire game.

The key issues with Colonial Marines however lie in the level design, lack of polish and general poor quality of the game environment. Areas are repetitive and whilst occasional set pieces involving loaders and references to characters from the films can raise a smile, the vast majority of the game involves simply travelling from point A to point B with a computer-controlled companion, and just  mowing down hordes of underpowered Xenomorphs and extremely dull human enemies. The human enemies, should they require any explanation, apparently represent an army of uniformed Weyland-Yutani recruited mercenaries and would give the North Korean People’s Army a run for their money in sheer troop numbers alone. Enemy AI is seemingly non-existent for most of the game’s mid-length single player campaign. 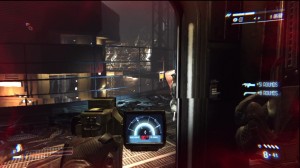 Health and armour are refilled by collecting packs left conveniently on top of crates etc. Acid spit and blood from the Xenomorphs will impact minor damage but not usually severe.

After playing Colonial Marines for an hour or more, it becomes obvious that any care which has gone into the game has been directed at nostalgic references alone. There just doesn’t seem to be any soul here and what could have been an incredible survival horror experience has resulted in a basic paint by numbers shooter with a level of detail and mechanics that would have looked out of date in 2007. The battles just aren’t scary at all as the player nearly always has a gargantuan arsenal of weapons and armour at their disposal and sneak attacks from the aliens can quickly be countered by mashing the ‘X’ button when prompted. There is one stealth section and a few short stages where the player in forced into a slightly more vulnerable position but those never seem to last and before very long the game returns to it’s dull ‘point and shoot until the next checkpoint’ formula. The multiplayer modes are just as uninspiring and lack even more polish than the single player campaign, offering nothing which players wouldn’t be able to find in numerous better titles released over the last few years.

In summary, there are now numerous discussions taking place across blogs and forums as to how such a long awaited and anticipated title has ended up as such a shoddy and uninspired product and references to Gearbox’s similarly awful Duke Nukem Forever in 2011 are likely to make many in the gaming community dubious of their future non-Borderlands offerings. Colonial Marines is not going to be a game that is worthy of your money or time unless you are the sort of fan who simply must collect everything associated with the franchise (and even then you would be better waiting for the title to hit the bargain buckets over the course of the next few months).  The Aliens franchise deserves much better than this, Aliens fans deserve much better than this and both Gearbox and Sega should be equally ashamed.