There is an emerging genre currently being referred to as “hero shooters”, essentially a combination of FPS style combat with MOBA influenced hero design. Two of the biggest games currently being placed in this bracket at the moment are Blizzard’s Overwatch and Gearbox’s Battleborn. Both use FPS mechanics and both feature hero type characters, fighters that utilise a wide range of abilities while fitting into certain class models (support, tank, assassin etc.). If you’re actively aware of the gaming world there’s a good chance you’ve heard of both but there’s an even stronger chance that, particularly with its recent open beta, Overwatch is the one that is dominating your consciousness of the “hero shooter” genre. There’s a pretty solid chance that Overwatch is going to be crowned the winner of said genre and that Battleborn may well lose out on audience to it. Here’s the problem. Battleborn is not Overwatch.

When I say this, I’m not making some sassy remark about quality. I’m saying that these two games should not be being grouped together because they are two definitively different breeds. Overwatch is an excellent game and by all means you should play it. It is in fact, perhaps the truer of the two when it comes to defining a hero shooter. There are objectives within the game modes but the focus lies very heavily on the sheer combat, the constant propulsion of fighting to keep the game going. To play Overwatch is to see how Team Fortress 2, arguably the primogenitor of the hero shooter genre, would be done if it were made today. It certainly incorporates the MOBA hero design elements that lend themselves to the hero shooter genre, but in its gameplay it is a far cry from any sort of MOBA. Instead it zooms in purely on fast paced, multiplayer matches designed to revolve around dynamic, team combat. 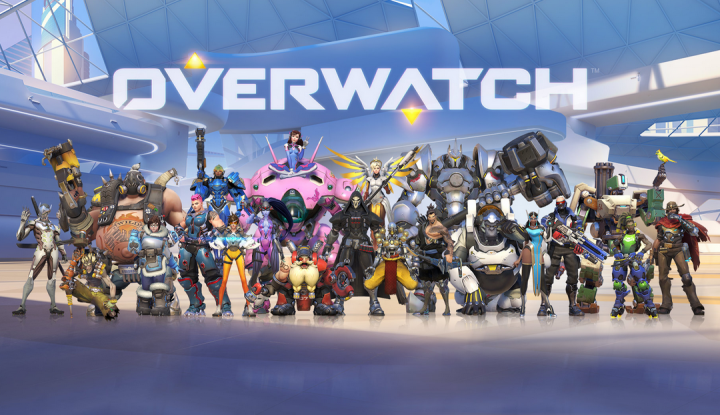 By contrast, Battleborn is a game that more fully embraces its MOBa-like qualities. There are certainly shared similarities between it and Overwatch in terms of the FPS dynamics they employ but Gearbox’s offering has a certain something else, perhaps an understanding more of an understanding of the hero in hero shooter. Overwatch wants you to simply switch out your character to fit a situation, to swap in and out as required. It’s a great mechanic, one of the several they owe to TF2. But Battleborn doesn’t want you swapping out, it wants you committed. Battleborn wants you, just like its full-blooded MOBA brethren, to build your character from the ground up. Perhaps somewhat bizarrely, Battleborn almost has more in common with another Blizzard offering. Namely, Heroes of the Storm. Like Heroes of the Storm, Battleborn enables you to develop your character as you level not by simply upgrading the stats of an ability but, through the game’s Helix Tree, speccing those abilities into different directions, much in the same way as Heroes of the Storm uses talents. 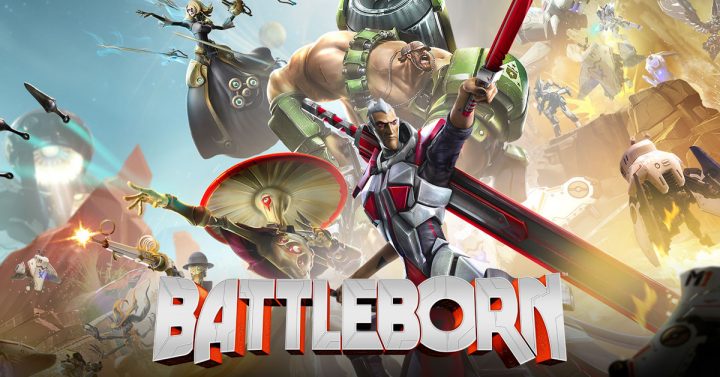 If Overwatch is like Blizzard does Team Fortress 2 in 2016, Battleborn is the hyperactive child that Borderlands had with Heroes of the Storm. I have a bit of a soft spot for Gearbox, the Borderlands series being up there among my favourite games, and while Overwatch is certainly a thing of beauty, Battleborn is wondrous piece of madness. Combining Gearbox’s now well-established combination of absurd humour and almost comic book artwork, Battleborn delivers an experience that is very much its own thing, if only in that it is perhaps the most manic game I have ever played. Honestly, if I knew what was going on in that game even 10% more of the time I’m pretty sure I’d reach some kind of enlightenment.

On a base level, yes, there are certain common threads between the two games. They are both FPS, hero-centric, with team based battle. Within that model however, there is a wild array of possibility that sees the two games go down very different paths. Overwatch is purely multiplayer and uses four game modes: Escort (essentially Payload from TF2), Assault (teams take turns attacking and defending capture points), Hybrid (start with Assault, end with Escort) and Control (essentially King of the Hill). Battleborn combines a single-player campaign (which can also be played co-op, as with Borderlands) with three multiplayer game modes: Incursion (classic MOBA style, try and get your minions to the enemy base while defending your own), Capture (battle to control objective points) and Meltdown. Meltdown is a weird one. To quote the Battleborn site: “Teams of heroes must guide their minions as they march to their death at the center of the map. Points are scored for every minion who throws themselves into the incinerator, and the team with the most points wins”. 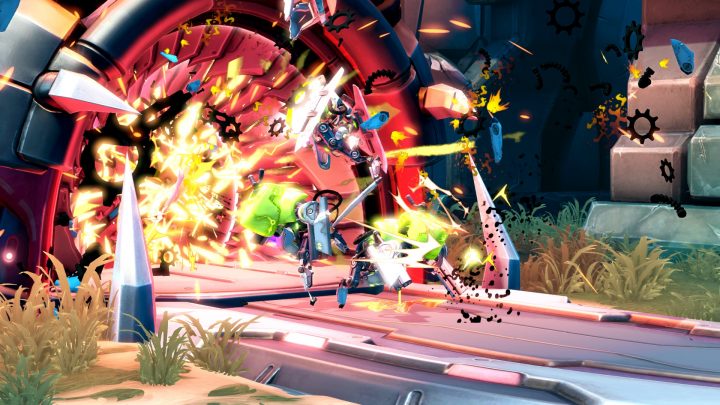 Beyond game modes, there is the matter of progression. As previously mentioned, the Helix Tree in Battleborn provides in-game progression while, on a broader spectrum, you variously level up as a player and individual heroes. And on top of all of this you have gear, which is earned through a variety of means and can be used during multiplayer matches using in-match currency. Finally, rather than having all the characters instantly available to you, you instead start with a small base group that is then expanded upon by completing the campaign missions. On the other hand, Overwatch devotes itself just to player levelling, with no in-game progression. By levelling, the player can unlock aesthetic extras but nothing that changes the gameplay itself.

In part, the positions that Overwatch and Battleborn have found themselves in can be attributed to marketing perceptions. I’ve been enjoying Battleborn a lot and knowing that it came from Gearbox sold me on it in advance. But in terms of its advertising, its been pretty weak, in fact perhaps surprisingly so considering the superb trailers that Borderlands produced. By comparison, Blizzard have masterfully built the hype for Overwatch, in no small part aided by the fact that, great as it is, Battleborn is a somewhat more confused sell. Overwatch is polished, its pristine and its simple to understand how it works. Battleborn however has a lot of really good and interesting parts but the way in which those parts all fit together and interact can be somewhat…obscure. I like the game but, right now, I cannot profess to fully understand it. 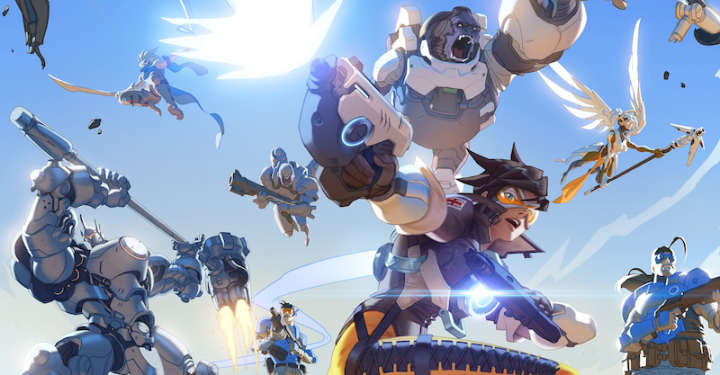 Ultimately, I don’t want you to discount either of these games. They’re both excellent. I simply think it would be a shame for people to miss out on a very solid game, with a lot of interesting stuff going for it, to be discounted not because of its own actual features, but because the broad public perception has misrepresented it. The hero shooter genre is one that is still very much emerging, one that is still being defined and moulded. When we’re in these early stages, it would be a sincere pity to miss out on anything due to a lack of, or mistelling of, information regarding these games.

Tell us what you think though. Will you be picking up Battleborn? Overwatch? Both? Let us know in the comments and check out our review of Battleborn here.