Very good looking and the voice cast brought to the game is truly stellar.

A couple of confessions before I start this review properly:

Let’s start with number 3 shall we? Playing Lords Of Shadow 2 I can understand why a gamepad is recommended. Similar to games like God Of War, it is clearly more orientated towards a controller based playstyle and it goes so far as to tell you to plug in a controller from the off. And for those of you wanting to play keyboard and mouse, like a normal PC gamer, you can press F1 to bring up a handy comparison menu every time you forgot what the hell left bumper translates to. Needless to say, this pissed me off no small amount. Now I can’t be certain but I’m guessing that this setup is not unique to my copy of the game. It is perfectly fine to include a gamepad option in a PC game and, in a game like Lords Of Shadow 2, it makes sense given the game style. But I’d like to emphasise the word “option”. It should be a choice whether you take the keyboard and mouse approach or plug in a gamepad not a crudely forced decision with a pitying backup for those who don’t conform. So yeah, this slightly biased me in the game. Obviously I got used to the controls to a degree but every time a cue popped up telling me to hit the left bumper I’d be reminded of my irritation. It wasn’t a great start to a game that continued in a distinctly “meh” fashion. 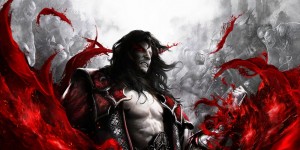 Now, as I have already confessed, I did start the game with a certain sense of bias from reading the IGN review. But you know what? I agreed with the distinctly average review they gave. Because here’s confession number 4. I am a completionist. I don’t like leaving things unfinished and I will regularly force my way through books/games/films that don’t maintain strength because I don’t like leaving things half-assed. But number 4 is that I didn’t finish Castlevania: Lords Of Shadow 2. And I know you may protest at this because how can I truly judge the game if I didn’t finish it? The fact that I didn’t finish it is the judgement. I was just so darn bored. It’s not a bad game, not by a long shot. It’s just dull. Enemies are formulaic, the stealth sequences unnecessarily break up the flow of the game and it just all feels like it’s been done before by better games. God Of War is the primary comparison that comes to mind in terms of play style. But where GoW3 instantly set me against Poseidon, LoS2 has me fighting knights. A lot of knights. Of course, in fairness, later enemies may be better. But if a game bores me so much that I never get to those enemies, something has gone wrong. 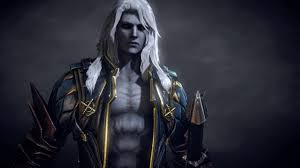 It’s not all bad of course. The game looks darn good, the luxuriant reds and blacks that dominate the colour palette wonderfully suited to the blood soaked adventures of Dracula. It’s visceral but not shlocky, sumptuous but not gaudy, it’s pretty much what you’d hope for when presented with the life and times of literature’s most famous monster. And even if they’re not presented with the most compelling of stories to work with, the voice cast is truly stellar with Robert Carlyle, Patrick Stewart and and Richard Madden all playing major roles to the utmost of ability that you would expect from such high level actors. These central characters are intriguing if somewhat hard to connect with. It may be a result of me not being well associated with the character’s backstory, and thus empathising with his change, and of course this is no sparkly Twilight vampire, but it’s slightly hard to just dismiss Dracula murdering and feeding from a family that includes a young girl. But worries like this aside, the characters are, for the most part, interesting if not sympathetic.

But it’s not really enough. The game never really drops into being poor, it just never rises to being great. I can’t help but feel that, although I will persist at trying to progress through the game, it’s never going to grab my attention in the way I want it to. It’s Dracula, it’s modern day and it has all the heritage of the Castlevania series, including the good reputation of the first Lords Of Shadow title. It should be amazing. But I’m just bored.