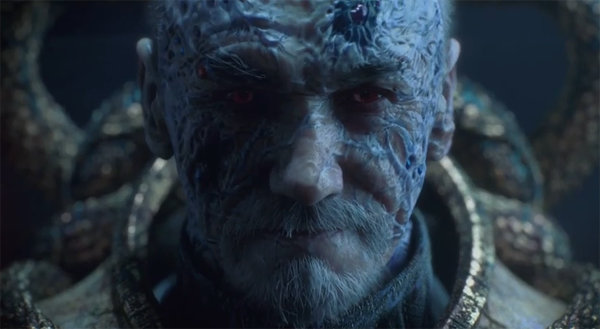 British developer The Creative Assembly’s Total War has 9 games and several spin offs to its name the combination of turn based strategy, resource management and real time battles being a hit with gamers. Total War has so far generally been based in various eras of world history with the first game released in 2000 being set in feudal Japan, now though The Creative Assembly have their sights on something a little different the fertile fantasy world of Warhammer.

Games Workshop’s Warhammer is ideal for The Creative Assembly’s Total War, it has numerous different troop types belonging to a host of different armies, but given how notoriously protective Games Workshop is of its property the idea that Total War Warhammer would ever actually be a thing seemed unlikely at best and then this cinematic trailer appeared.

The trailer quickly introduces several different armies in impressive fashion as a priest of Sigmar sequestered in his library narrates the state of the world whilst a griffon rider ( possibly Emperor Karl Franz) and a wizard fight the horde of boar riding Orcs laying siege to the city. There’s more though as the priest introduces each race with a zombie dragon riding vampire count representing the Undead and dwarves fighting off giant spiders featuring before the ruinous powers of Chaos corrupt the priest with the trailer ending with the ominous appearance of a Lord Of Change, the towering greater demon of Tzeentch.

Watch the trailer below.