In my prior review of Dark Souls 3, I criticised the game for mining too heavily the themes and enemies of Dark Souls. Months later, the game still feels a bit like Dark Souls Again, and I’ve certainly not felt the addiction or love for this latest FromSoft title that I have for Dark Souls 2 or Bloodborne. To play Ashes of Ariandel, I practically had to take my copy of the game out of cold storage!

I had hoped this new DLC would help to change that. FromSoft have a very good history with their DLC products, with Artorias of the Abyss, The Lost Crowns, and The Old Hunters providing arguably the most memorable bosses and level designs in their respective games. If they could have gotten away from their slight obsession with fan service, it could have reinvigorated my, and many other people’s, enthusiasm for their latest title. I was really hoping they wouldn’t slip up. 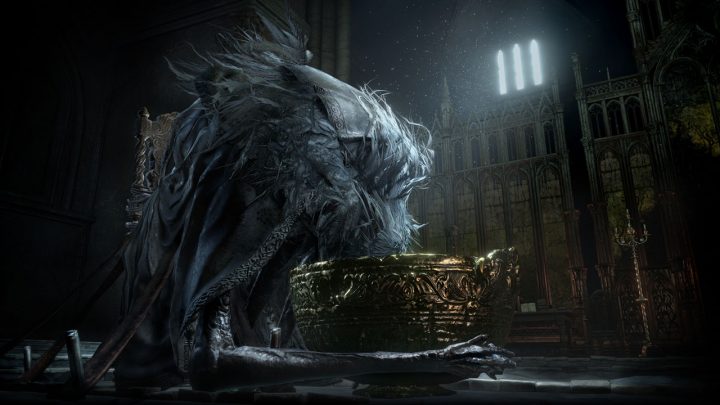 Sadly, there was snow chance of that.

The hints were there. The announcement trailer and information that followed said that the game would take place in another Painted World, an optional area from Dark Souls. I had hoped that another painting, with its limitless options, could be a jumping-off point for a different tale. Ice should have seen this coming.

Ashes of Ariandel is once again about a world for the lost and forlorn, looked after by a powerful figure, which some random arsehole invades and ruins for no good reason. You run around in the frozen wastes for a while, dig into a mystery, and then {spoilers} kill the people who look after the world. It’s almost exactly the same as the Painted World of Ariamis! It’s almost like FromSoft saw the criticism of Dark Souls 2 and got cold feet over trying something new again. 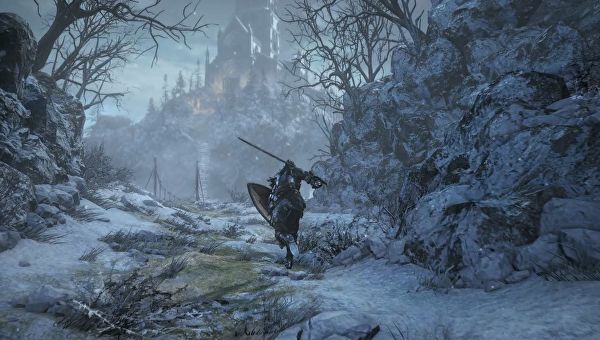 More, there is a strong Bloodborne feel to some of the new areas. The Corvian Settlement would almost fit better in Yharnam or the Old Hunters’ Dream, the Corvian Knights match the overall Bloodborne aesthetic, and the final boss’ last stage is practically Lady Maria. There’s just an avalanche of themes from their previous games.

Now, some might tell me to chill out. The DLC isn’t all bad. Which is true: some of the level design is FromSoft at its intricate best. Many of the armour sets look fantastic. And some of the weapons are great and will really work well… for certain builds (Dex or Bleed, for example). But I can’t help but feel disappointed as this represents a second near-miss from FromSoft, when they’re normally hailed for their amazing work. 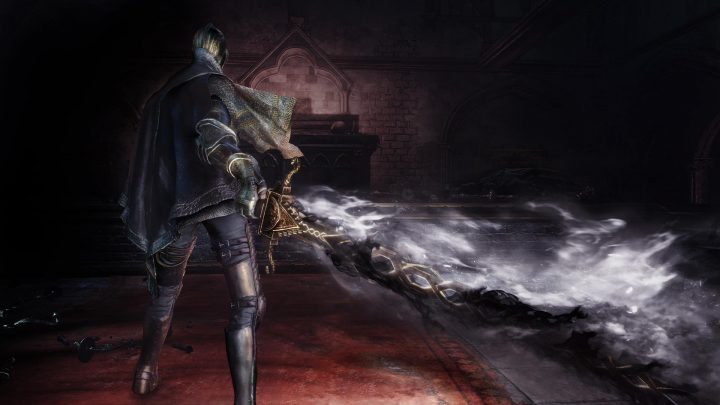 Yet Ashes of Ariandel is more a flurry than a storm: the DLC area can be beaten in two to three hours. The final boss is one of the more difficult in the game, echoing The Nameless King with aggression and her hard-hitting nature, but having a three-stage boss somewhat artificially increases the DLC’s length as you have to get used to three different situations and movesets. And the icing on the cake is that the optional boss is little more than an NPC fight!

The addition of the Undead Arena is a great step, though, allowing for more formal dueling and craziness and helping to extend the shelf life of the game for many. Even that has its faults though: winning a match doesn’t provide covenant rewards, meaning that it will pull people away from existing forms of PVP that can be used to level up in the covenants. Not cool, From.

I don’t mean to sleigh FromSoft here. They are my favourite developers by far, but both Dark Souls 3 and its first DLC have left me cold. Thinking of their previous games makes me all slushy inside, but not this latest attempt. However, this is a second misstep as far as I’m concerned, and they’ll need to thaw many fans out to excite them about the next installment.