This is an open letter to those amongst the GamerGate movement who consider themselves moderate, who have not – and would never have – sent a death or rape threat or serious gendered abuse to another person. I’m writing to those people who feel a genuine slip in journalistic ethics happened with Zoe Quinn and who are concerned that such problems are endemic.

You are almost certainly not the stereotype of a GamerGate supporter: You are not a white, straight, cis misogynist. Perhaps you are a feminist yourself, or someone who works for or in support of abuse victims.

You, dear moderate, are the kind of person who posts in /r/KotakuInAction condemning the doxxing of Felicia Day within hours of her posting something critical of ‘GG’. You are unhappy with how people like yourself are being tarred with the same brush as the people who do such things.

Hopefully I’ve got your attention here. I have been following the GamerGate movement as a complete outsider, someone who was completely divorced from internet culture during August and returned to find the abuse and ‘Quinnspiracy’ in place, plopped onto my feeds like a frog’s corpse.

I started completely against GamerGate. How could I not be: all that GamerGate is known for was the abuse of female developers and misogynist lightning rod Anita Sarkeesian? How could I not think its members were the vile trolls who abuse people like Laurie Penny and Caroline Criado-Perez when that’s the public face – and most notable facet – of the movement you belong to?

However, I never like to take things on face value, and so I went to study what was really happening in the GamerGate movement. And what I found was a group of people trapped in a siege mentality, fighting against the understandable tarring of anyone under the GamerGate movement as abusers. There were people encouraging doxxing and abuse, but they were mostly shouted down.

If this were the movement in its totality, in reality, then things would be different. Perhaps people like Brianna Wu and Felicia Day would not have faced the abuse they have. Sadly, though, this is not GamerGate. GamerGate is something larger, and worse: it is the cover for abuse.

It is odd that a movement based on the idea of conspiracy in the games media hasn’t really given its own origins any thought. But then, why would people check themselves in this manner: nobody wants to think they are the bad guys, do they?

For those moderate GamerGate supporters who may not be aware, GamerGate started with Zoe Quinn – developer of the critically-acclaimed Depression Quest – being accused of infidelity and impropriety by her ex-boyfriend Eron Gjoni. This led to claims of corruption within particularly the Gawker company, many of which have been successfully repudiated.

From there, the abuse that Zoe Quinn was already receiving as a female game dev. ramped up, and broader allegations were made about other indie developers and other journalistic outlets. These two aspects of the movement soon dubbed GamerGate developed quickly, with some discussing the idea of ethics in games journalism and others stepping up the abuse to unacceptable levels.

The problem, though, is that the more respectable aspect of GamerGate was planned out by those looking to abuse and assault Quinn and others like her. Please, moderate GamerGate follower, I beg you to have an open mind as you read this, a comprehensive display of evidence that shows GamerGate’s ethics elements were very likely explicitly planned by those also planning to escalate this abuse. 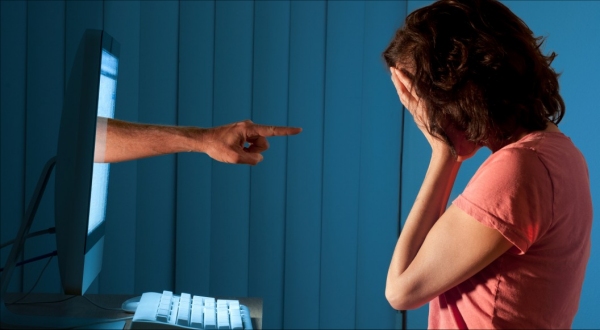 #NotYourShield… except you kind of are

Do you see now? It is ironic, and probably a hilarious joke to those who have been abusing women, that these people have likely made you moderate and casual GamerGate supporters use a hashtag called #NotYourShield when you are literally their shield. There are a core of horrific people intent on only doing damage and hurting, and they have used sock puppets, false flag accounts, and the like to build your protection around them.

If only 10% of those who support GamerGate are horrible misogynists who want to remove women from ‘their’ hobby, that means there are thousands of people who are going onto Twitter to abuse women, doxx them, create false accounts to smear female developers. And they have then put a barrier of tens of thousands between them and their victims, given themselves a sheen of respectability on the backs of people like you.

This, then, is the problem – as I see it – with the movement as it stands: why you are losing the PR battle, and why it feels like the world is against you. The identity you have as a gamer has been cleverly and cynically co-opted by people who only want to watch the world burn. When people say GamerGate’s core is misogyny and abuse, they are right. But that doesn’t mean that is the core of people’s intentions in joining the movement.

Every time a famous woman or media organisation says something negative about GamerGate, they are immediately assaulted online, sometimes even run out of their homes. You’re not the ones doing this, are you? You are doing the positive things like raising money for charity, or condemning the doxxing from weird and rabid anti-GamerGate folks.

As a result, you probably need to think hard about your association with this movement. When people talk about GamerGate in terms of white, privileged neckbeards, they are talking about the script-kiddies and violent MRAs who use you to make them feel like heroes. Perhaps this ought to be you?

But there is a momentum in the more positive aspects of GamerGate, and it would be a shame to lose that. As such, I’m not here to just tell you to leave this movement, but I have some suggestions for you as to what you can do to continue to campaign for such ethics:

Please, I know you’re a good and rational person. I know you care deeply about video games, like I and most people here at Geek Pride do. I know you have never considered making a woman feel terrified to be in her own home. So, moderate GamerGate supporter, I beg you: leave the movement and make a real difference to the hobby I love so dearly.

P.S. – Just to pre-empt something that I constantly see brought up by people in pro-GG discussions: you cannot compare yourselves to religions or other movements right now and claim that the radicalisation is in any way similar. This is partially because of the sample size we’re talking about: in a religion of billions, there will always be truly horrible people, but GamerGate is tens of thousands strong at best. But, mostly, it is because of the clear roots of the movement in the criminal abuse of women in online spaces.