Control scheme can be a little vague on movement at times, causing you to get stuck.
Aiming and hit mechanics are still a little generous in favour of the defender.
Might want to review the interface to see if it can be improved.

Techwars Online 2 needs some work, but it has the kernel of a fun MMO with giant stompy robots. As it's Early Access, it's got time to grow into that, with good feedback from the users, and developers that listen. I can see this becoming a bit of a fun niche hit!

Coming on Steam Early Access from Argus Games, Techwars Online 2 is Heavy Metal indeed, with giant robots, lasers, jet packs and huge explosions. I never even saw Tech Wars Online, so I can’t compare the 2. It’s a little rough around the edges, but still fun. The game is getting better with time, which is a positive, but the aiming is a little interesting at times (Keyboard to move, mouse cursor to point and aim). The scale of the view is such that you can see lots of the arena, but sometimes things get a little muddled up when a lot of buildings and robots are in a small space. The progression mechanics are evolving, as is the gameplay itself, which is a positive sign. 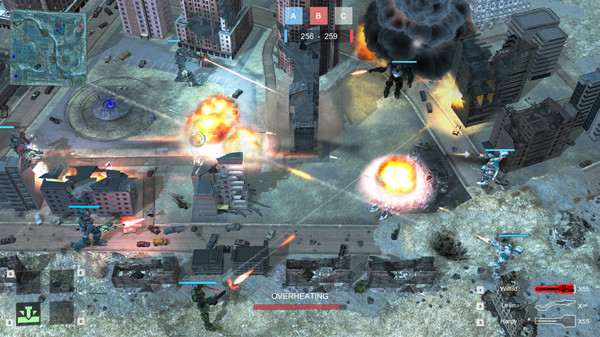 The developers are Eastern European, so in places the written content, and the spoken sections have obviously been done by them and come across a little cryptic – I’m sure this will improve with time as they get closer to release. It’s all about priorities. I WILL recommend that you make sure you do the tutorial! And don’t forget that it’s an MMO, so you may just have an issue if you get matched up with the wrong group of friends… Or enemies!

There are 2 sides, named as corporations, but basically America vs Russia. With capture points and destructible scenery, it’s a bit like Robot Jox for the new age – The effects are a little better, anyway! 🙂 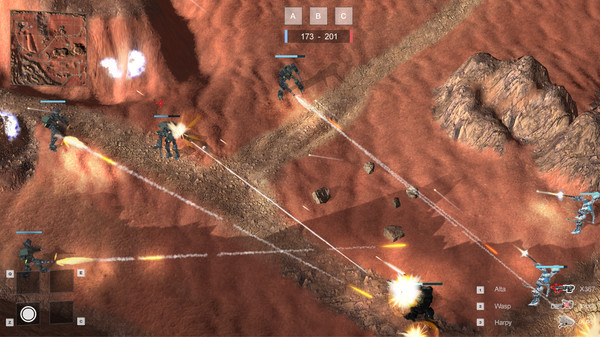 Each player’s robot gets one or more basic weapons, and a super weapon that builds up to being able to fire, stopping it from being spammed. it’s usually 6v6 with 3 control points in the current matches, so there’s a lot of back and forth, and you score points over time when you own a point. Friendly fire, as the saying goes, is not – So be careful where and who you’re shooting. The interface is quite plain, but moderately clear – You can see when you’re about to lose a control point, but the mini map could use some work.

The current state of the game means that you’re rotated among several maps in a semi isometric view, so sometimes gauging height and accessibility can be awkward. Line of Sight is implemented fairly well, so ducking behind cover works, or stepping down a path to stay out of the way. Just remember, in this game the buildings can be killed too! There is a tech tree, and 3 roles that robots can fit into, so you can try to adapt your chosen unit to your play style as you earn credits. 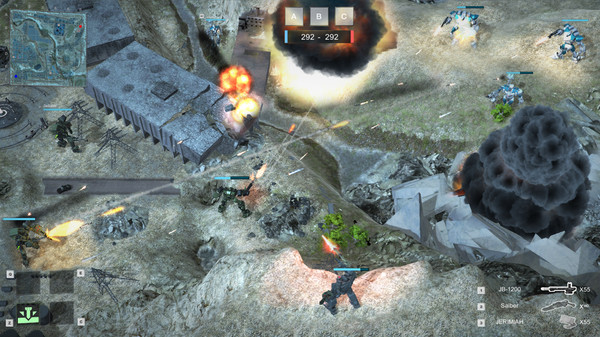 Overall, it’s a lot of fun, but occasionally frustrating. As expected, it’s an Early Access game that is a bit rough around the edges, but pretty cheap. I’ve spent a lot more time on far worse games and enjoyed myself a lot less (I still remember trying out Bad Day LA!). If the community grows and builds, it could be a lot of fun. The netcoide is improving, too, but still has a few moments when there is lots going on.

Put it on your watch list, definitely. If you like your mechs big and stompy, it may be worth a go, should you be feeling flush. With time, this could develop it’s own little scene, but it’s fighting Mech Commander and others.