Can now produce unlimited ammo and food, along with the ability to display prized possessions in specialised cases and units.

Building process is long winded, over complicated and sometimes pointless in the end.

The quality of the dlc is reflected in the price, it's basically just a few add ons to extend the time spent building settlements and occasionally producing useful items (if you have a decent stash of materials to hand).

Not long after its E3 announcement, Fallout 4’s latest dlc has now been released and it comes in the form of another workshop add on.

Titled ‘Contraptions’ it mainly focuses on the use of materials and manufacturing to produce everything from ammo and guns to Giddy Up Buttercups and Vault Tec lunch boxes.

One of the few new building options includes the ability to build a warehouse, which is basically just a tin can version of the barn addition to the workshop seen in the previously released Far Harbour dlc.

To fill your warehouse there’s a number of manufacturing machines, conveyor belts, switches and scaffolding, which require a large quantity of steel and gears to build. 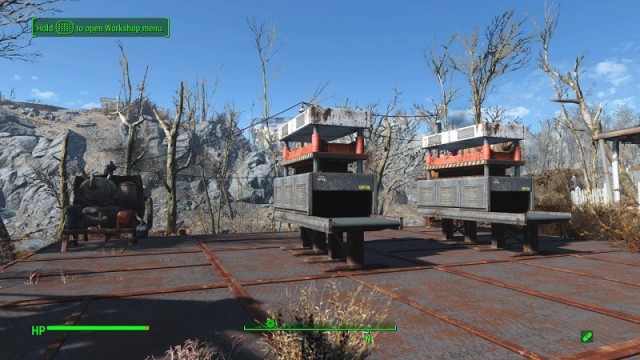 The manufacturing process itself seems rather pointless and slightly long winded, particularly if you are using the ‘build’ machine.

For someone with no background knowledge of manufacturing or electrical circuits, the amount of new switches and conveyor belt options can seem overwhelming at first and it ended up being at points a lot more complicated than it probably should have been. 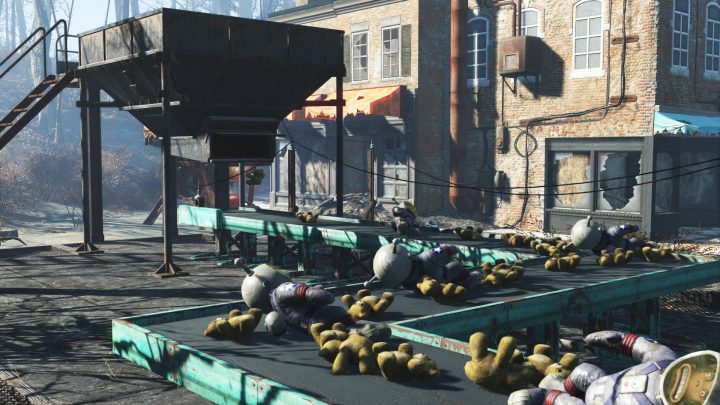 This whole process seems like a bit of a waste of time, as you could’ve just sold the materials used in the first place for not much difference in price, bought ammo or food or even used the materials to build something more useful.

The other machines are slightly more useful, but again can take large quantities of materials to get anything worthwhile back. Although, the use of an armoury to produce copious amounts of ammunition may be more useful for those who are struggling obtaining such thought the game. 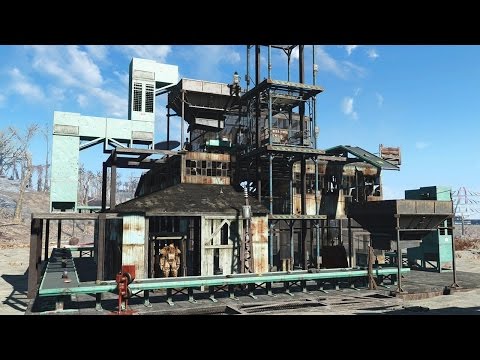 Other new additions include generic cosmetic items such as posters, statues and fireworks.

Along with these, the ability to display treasured items in specified display cases is a fun way to show off your gear. With separate cases for guns, armour and power armour; similar to the way items were previously stored and displayed in the Elder Scrolls Vs Skyrim.

A Pillory has also been added to the workshop, which although is fun for a moment seems out of place and pointless in comparison to the rest of the new additions. 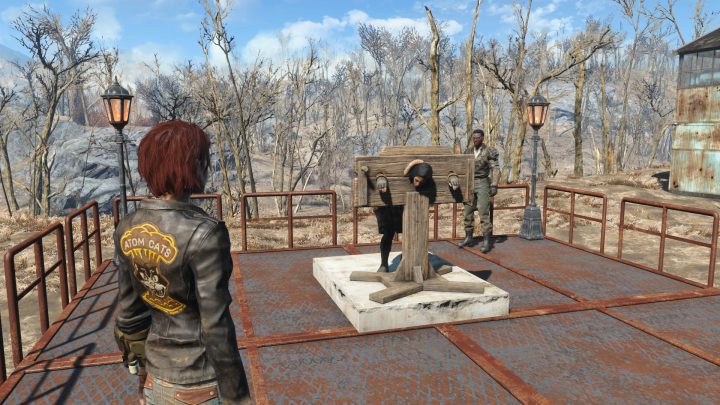 The quality of the dlc is reflected in the price, it’s basically just a few add ons to extend the time spent building settlements and occasionally producing useful items (if you have a decent stash of materials to hand).

Not the most invigorating DLC to date.