previous
Total War: Warhammer - Review
random
next
E3 - Ubisoft want you to be free - And do wierd stuff too!
Video Games & Tech
0 likes

New locations, weapons, armour and enemies help to extend your time in the wasteland, with a nautical twist that fits the retrofuturistic setting.

Besides the obvious bugs the fact that the island was located off the map meant that returning to the main wasteland was long winded and couldn't be achieved by simply fast travelling once.

The new locations became very repetitive after a while as they all seemed to be slightly adapted versions of previously visited areas.

Far Harbor added gloom and suspense to an already trecherous wasteland by including the use of debilitating fog and other related atmospheric challenges, creating a new yet familiar environment in which to continue exploring.

Fallout 4’s latest DLC ‘Far Harbor’ was released May 19th 2016. For it’s third DLC Bethesda had promised via numerous sources that it’d be the biggest dlc they’d ever made, with some claiming that it’d be bigger than the almighty Skyrim.

It didn’t actually take that long to do a scenic sweep of the island, with a more thorough inspection revealing that the size is not so much based on distance but more so the time taken to discover all that it has to offer. There’s over 50 new locations to unlock, ranging from a new ‘Stepford Wives’ styled vault, national parks, visitor centres, lighthouses and submarines. Although these do become repetitive after a while as each new locations isn’t too disimilar to previously visited ones. 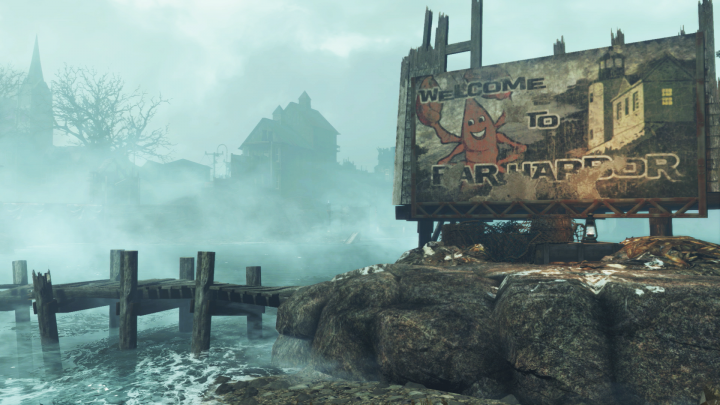 There are the usual marine monsters lurking around the damper parts of the island along with the addition of 3 new types of enemy: Gulpers, Anglers and Fog Crawlers. Up on the higher ground you’re likey to bump into plenty of wolves, Yao Guais, feral ghouls, and the occasional rad chicken, so your probably best levelling up before you set anchor and start exploring. 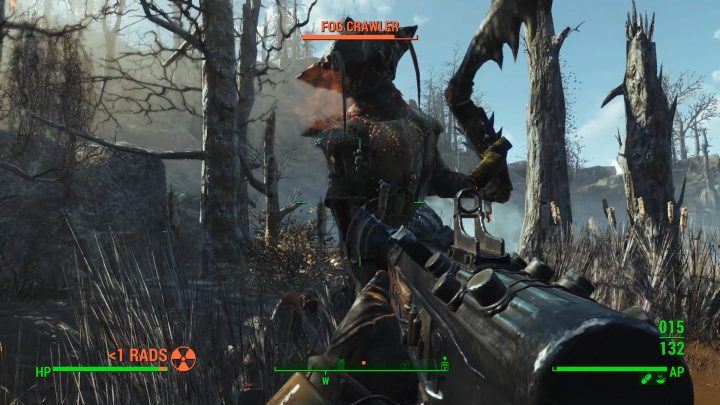 Based off the coast of Maine the radiation levels here are higher then the rest of the commonwealth (excluding the glowing sea) due to the dense radiated fog, so make sure you’re prepared before venturing out by carrying as many Rad Aways and Stimpaks as you can.

If you’re lacking these wasteland essentials, do not fret as there’s plenty of new gear to be found across the island.

By scavenging, pillaging, and bartering with the islands inhabitants; The Children of Atom, Trappers and Harbormen will provide you with plenty of new marine themed items, including harpoons, hooks and some variations on your old favourites. If you do enough roaming then you’ll also eventually come across a seriously snazzy suit of Vim power armour. 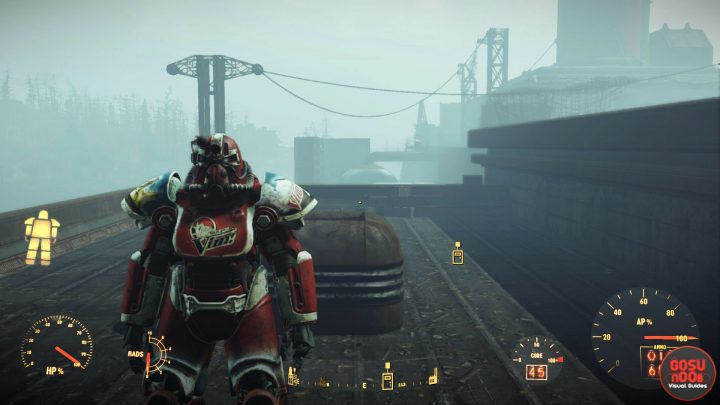 New consumables, recipes, and magazines can be found across the island along with 4 new settlements, a lot of which already come fully stocked with some of the key components required to build a happy thriving post apocolyptic commuity. The fluidity of the workshops seems to have improved, particularly when it comes to lining up walls and floors, again new miscellaneous furnishings along with barn building has been added to the extra items already available through the wasteland workshop dlc.

Far Harbor is unlocked via Nick Valentines detective agency in Diamond City, from here you are sent to the most northern point of the map where you meet a family desperate to locate their missing daughter, who has followed a remote radio signal to a town called Arcadia, located in the depths of the fog engulfed island.

From here the story progresses to reveal an extension of the of synth persecution already seen throughout the commonwealth. Once again you have to decide the fate of warring factions and make decisions which will affect the population of the local community, after all you wouldn’t want a repeat after Megaton, do you?

At the point of release the whole dlc felt very lagged and even crashed a few times, this is something that Bethesda has apparently dealt with during it’s most recent update. Besides the obvious bugs the fact that the island was located off the map meant that returning to the main wasteland was long winded and couldn’t be achieved by simply fast travelling once. 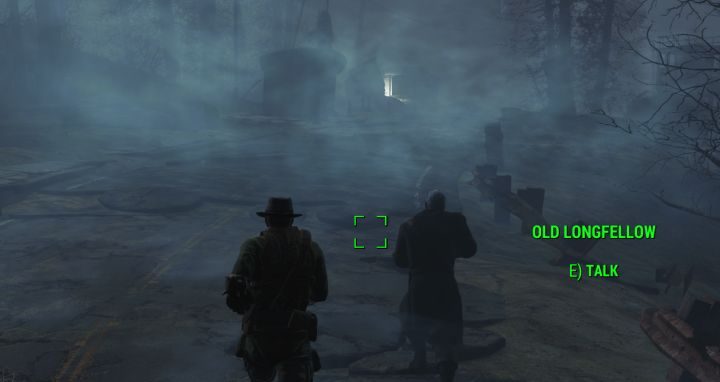 In the end the Far Harbor DLC added gloom and suspense to an already treacherous wasteland by including the use of debilitating fog and other related atmospheric challenges, creating a new yet familiar environment in which to continue exploring.