A technically impressive and occasionally fun experience if not slightly mindless and puerile. Not the worst game on the PS4 by a long shot but not a particularly great one either. 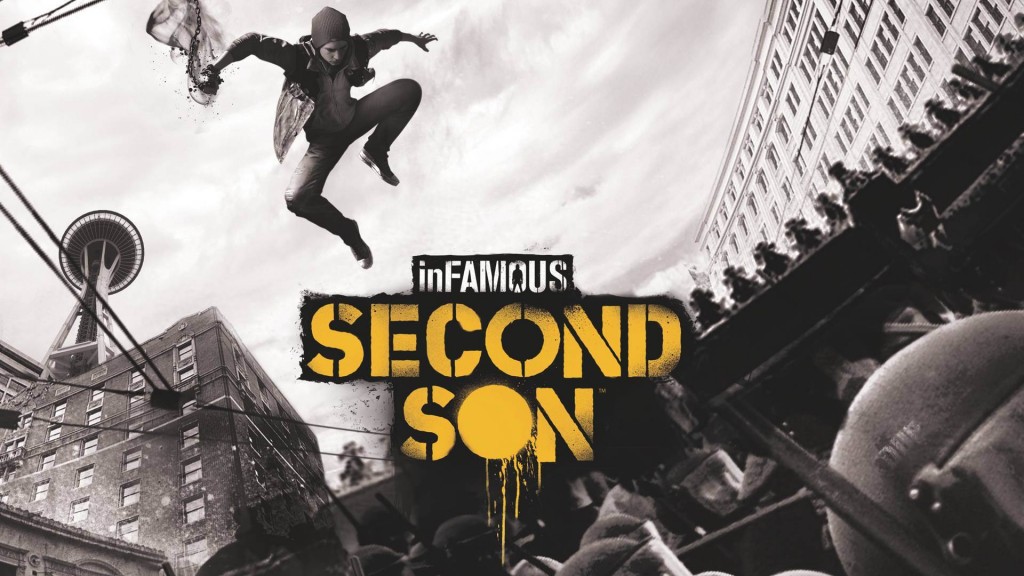 I should probably get something out of the way first with this review. I have never really been a fan of action-adventure games and have actually found my dislike for them growing them over the last few years. When I was but a small boy, action-adventure represented one of the very few genres out there and whilst I have nostalgic memories of eating random street fowl in Streets of Rage and twatting bad guys as a homicidal dwarf in Golden Axe, for a long time I’ve felt as though these genres have been at least contributed towards holding the medium back.

For every The Wolf Among Us or Journey, there are countless Lego-branded games or super hero tie-in’s that all seem hell bent on convincing the world that video games are still just toys.

Japanese offerings aside, most western action titles were of questionable quality during the PS2 era and that didn’t really improve until Ubisoft decided to shake things up with the first Assassin’s Creed. What followed was a knee-jerk reaction from the industry as a whole and a requirement to add additional layers of narrative, style and cinematics to a genre that long grown stale, regardless of whether they suited that particular game concept or not. Like Assassin’s Creed, some managed to succeed and became synonymous with the current state of the industry whereas others never quite got it. 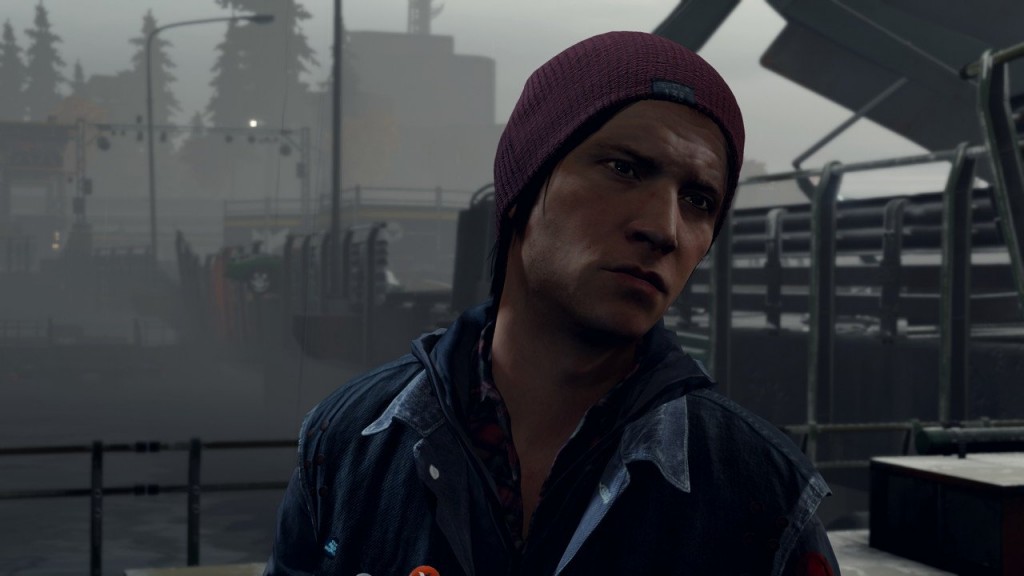 Yeah, you just stand there pouting, that will fix everything. Twat.

For me, the Infamous series has always been an example of the unfortunate latter. Since the PS3 exclusive original in 2009, it has always endeavoured to be innovative but quickly fell flat by resorting to tired stereotypes and repetitive mechanics. Infamous: Second Son is the latest sequel in the series and the first episode to be released on the PS4 but sadly there still remains no exception to this rule. The console generation may have changed but the series hasn’t.

Second Son takes place in Seattle, 7 years after the events of Infamous 2. Mass hysteria and anti-mutant propaganda has led to the formation of the Department of United Protection (DUP), a government sanctioned and largely private security force tasked with finding and eliminating the remaining Conduits. The lead protagonist, Delsin Rowe, is a small-time grafitti artist and trouble maker who for some reason lives with his brother on a native American reservation. After a bizarre twist of fate involving an escaped Conduit convict, Delsin finds himself suddenly empowered with the Conduit’s abilities and subsequently on the run from the law.

The story is mostly generic and saccharine but worst of all is that Delsin is easily the most unlikeable, irritating and immature prick that I have found in any game since Sticky in Fallout 3. Like a digitised combination of Justin Bieber and PewDiePie, Delsin’s obnoxiousness knows no bounds and grows to a point where watching cutscenes can be a grating experience.

With a Bro-bag voice and a face that’s just crying out for a smack, I’m not sure whether the developer’s casting was indicative of their target audience or just a poor design decision. With the exception of the game’s irritating love interest, Fetch, the other characters manage not be quite so infuriating whilst not particularly well acted either. Delsin’s interactions with his peers mostly appear to be forced and attempts at invoking emotion are far more cringeworthy than they are affective. 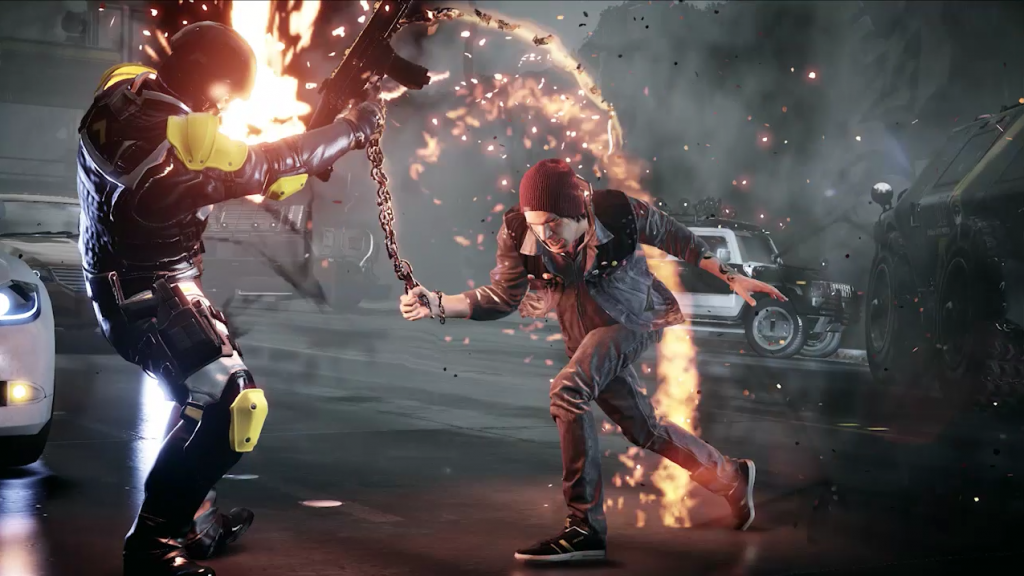 Second Son is visually stunning. It’s just a shame that there isn’t more there to back it up.

As one of the signature set of Sony’s initial PS4 exclusive line-up, Second Son is predictably gorgeous. SuckerPunch have built the kind of virtual city that I didn’t expect to see until Watch Dogs. The level of detail is immense and from puddles that seem to fill with rain and glimmer in the moonlight to worn down road markings on the highway, a lot of love has clearly gone into creating this virtual homage to the home of Frasier Crane and Nirvana. Similarly, virtual Seattle’s occupants all seem to look and behave independently and their responses to the player’s actions almost seem to be procedurally generated to some basic degree. The particle, neon and smoke effects caused by Delsin’s powers are equally impressive and the lighting almost never fails to hit the sweet spot.

What isn’t as impressive are the frequent camera bugs which seem to plague many areas of this gigantic metropolis. The fact that Delsin can fly, climb almost any building, and drop from insane heights without dying makes some technical issues forgiveable, particularly since texture pop in and draw distance problems are near non-existent however it really isn’t fun to be killed from behind by an enemy just because the camera rendered it near impossible to see them.

The core of the gameplay is for Delsin to fight the DUP and gain new powers in an effort to save his friends who are poisoned by the DUP’s psychotic director at the beginning of the story. Whilst slick, the combat quickly grows tired in spite of the range of different abilities available and most of the various enemy types and battles are more likely to cause a groan than impress. Delsin’s unique ability to absorb the powers of rival conduits paves the way to upgrades but most of these just seem to be a way to justify some of the more intense combat sections and boss battles. 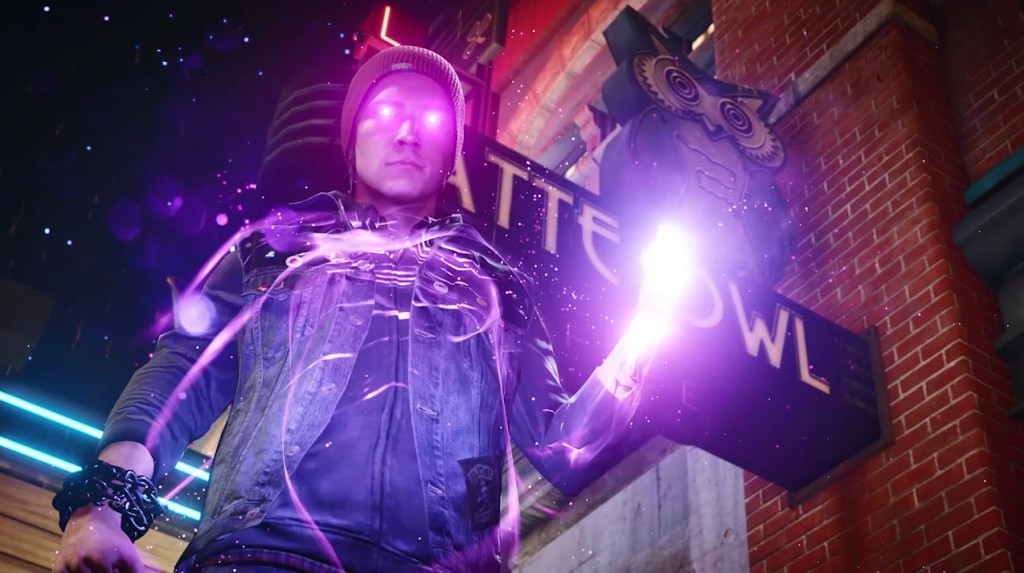 Recharging Delsin’s powers means draining things like smoke and neon from innocent and law abiding pipes and store fronts. No Seattle kebab shop will ever be safe again.

The unique selling point of the series in that players can choose whether to pursue a good or evil agenda. Although this good or evil choice system adds a small layer of depth to an otherwise fairly shallow experience, it is never truly explored and seems to represent more of a means to aid replay value and side quests than a concious urge to lead the player into carefully considering their actions. Combined with the cringe worthy dialogue and lacklustre cinematics, the result is a game which can never be taken seriously and winds up being much closer to the Lego tie-ins than the likes of Uncharted and Assassin’s Creed.

Infamous: Second Son is a sign that not much seems to have changed with the turn of a new console generation. Although the game represents a solid technical accomplishment and is likely to support arguments of the PS4’s visual supremacy for at least the next twelve months, those who didn’t care much for the previous episodes in the series are unlikely to find anything new here. Anyone just looking for some mindless virtual sandbox fun could do far worse but just don’t expect anything too deep from the experience. The PS4 is definitely due a killer app to meet with the might of Titanfall but unfortunately this game just doesn’t seem to be it.