Do something else. Anything.

Let It Die is a weird game. Which shouldn’t be surprising from Suda51. This is the man responsible for bringing us No More Heroes, Killer7, Shadows of the Damned, and Lollipop Chainsaw. He has a unique (i.e. batshit) take on video game development which results in unique experiences. Some very good. Some downright odd.

Let It Die falls into the latter camp. 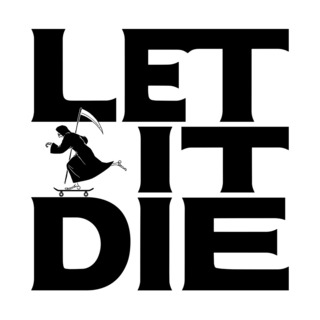 First, some facts. Let It Die is a free-to-play game of the nebulous Action RPG genre. Quite hack-and-slash in its feel and delivery. Currently, it’s only for the PS4, and it has some online elements, many of which seem to be related to its free-to-play elements. There were reports of disconnections on launch causing deaths, so it’s not one you’ll want to download if you’ve got a spotty internet connection.

Anyway, you start off being told that a Tower called The Tower of Barbs has risen in Japan following some strange global, seismic apocalypse, and that people try to fight their way to the top. That Mark Hamill tells you a lot of this is… off-putting. I stopped listening to Google and make sure it was actually him. It is. Anyway, you get off a train and the ‘wacky’ character Uncle Death greets you, a Grim Reaper who likes to skateboard. Because of course he does.

Taking a few cues from From Software, the game has you start with a basic tutorial followed by a no-win fight. After you die, the Tower of Barbs is expanded upon a little and you ‘remember’ you’re playing a game designed by Uncle Death. Which he appears in. And calls you from inside to give you tidtits of information. Re-entering the game, you’re brought back to the world and told to try again, this time without the hopeless inevitability of losing a fight.

Well, without the *intentional* hopeless inevitability. 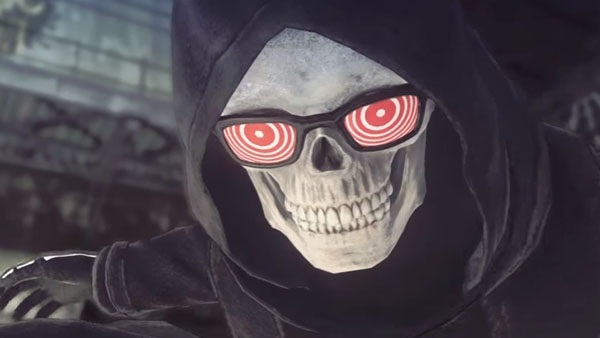 So you are supposed to climb up the Tower of Barbs, defeating enemies and taking their weapons and armour as you go, only able to level up or craft new items if you return to the main world hub. If you die, however, your body becomes a… urgh… Hater. An enemy in-game who has your accrued gold (it’s not called gold in game, but fuck it, it’s gold) and items. Defeat them and you get your stuff back. Die to them and, well, sucks to be you.

Because it’s Free to Play, the very intention of much of the design is to get you to buy things. All equipment and weapons are destructible with painfully low lifespans. Your backpack to contain items has a capacity so small it’s almost aggressive. Enemies and set pieces are designed to kill you, which in other games would be a learning moment… except that this is a Roguelike and returning to the level after, say, dying to your former self means it will be a different level entirely.

It feels a little egregious. With real cash money, you can purchase the Death Cookies which allow you to respawn rather than losing your progress, buy memberships that make frustrating elements of the game less frustrating, access to additional weapons, that kind of thing. I think you can use the in-game gold to do some of this stuff, but the time required to grind that out would be better spent licking a radiator. 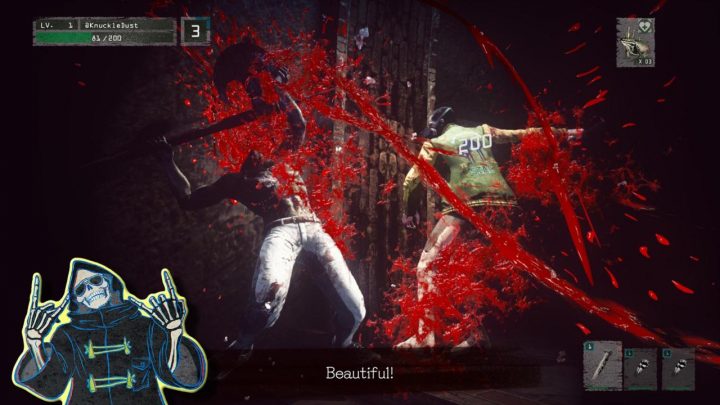 So it’s another F2P game that, sadly, has designed itself to prey on players rather than encourage them to support an experience they love. Having been sucked into one of these during a particularly low time in my life, I take a dim view of Free to Play games whose design aspects have all been built with the sole intention of squeezing more money out of you. Whilst I understand that it’s a free game, and you get what you pay for, Let It Die feels like a trap you download and jump into.

It’s clunky, though it has an interesting aesthetic and some of Suda51’s quirky charm. The aesthetics aren’t really up to the current generation, but what more would you expect from a free game? However, if you’re so hard up that you can’t afford any more games, I’d recommend going somewhere like Itch.Io and finding great free games, rather than spending your time on Let It Die.