The footage opens with an introduction from Bioware stating that Andromeda will be built on ‘what you loved about Mass Effect’s amazing stories and game play’ and now they’re letting their ‘imaginations run wild’, so ‘how far will we go’? Before continuing on to say that the game will be an advance on the previous games with new features where ‘you get to be the alien’.

Bioware unfortunately kept it short and sweet, but we did get a few new pieces of information.

Mass Effect: Andromeda will be the first of its kind to be built using the Frostbite engine, which already shows stunning visuals for both game play and what looks like cut scenes. Although very little actual game play was shown, the bits we did see included the use of the preempted jet pack being used during combat to deliver what looked like a powerful ground attack.

The new ship looks all too familiar, resembling a mini adapted version of the citadel it and displaying the name ‘Tempest’ along the side. This would make sense as the technology used to reach Andromeda would need to be far more advanced than our own, along with the name Tempest that is normally associated with super storms and whirlwinds. 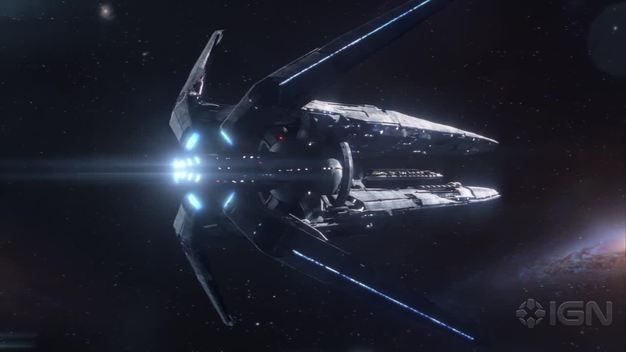 One of the attacking new species also look familiar, could this be where the previous shadow brokers extinct race ‘the Yargs’ retreated to? Also, the familiar faces of an Asari, Krogen and what looks like a Thresher Maw is a welcoming sight as it shows the game isn’t wandering too far from its roots. 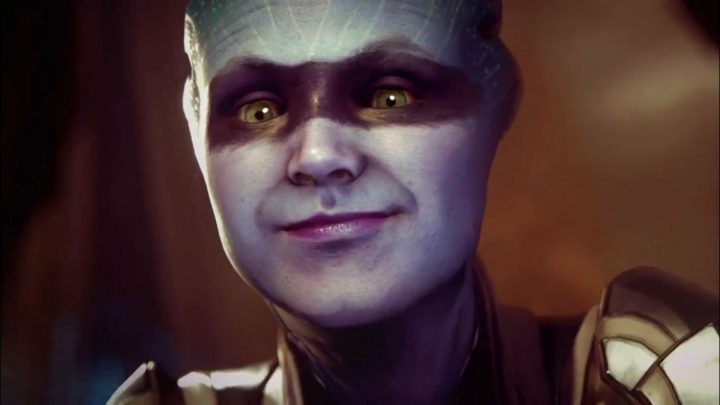 The final clip shows what looks to be the new female protagonist waking up from some form or hyper sleep exhaling ‘we made it’. Although we finally get a good look behind the mask, which looks slightly similar to Mass Effect’s previous heroine Ashley Williams, Bioware have still given no confirmation on the name of our now star player, for now it seems that Ryder may still be on the cards.

Bioware gave no insight into a release date yet, although they did state that further updates will be available this fall. For now, for those of you who may have missed it, here’s Jennifer Hale’s (aka fem-Shep’s) emotional sign off from last years N7 day.