previous
Mass Effect Andromeda, Bioware confirm delay until early 2017
random
next
Battleborn v Overwatch: One of These Things is Not Like the Other
Video Games & Tech
1 like

Occasionally you can get stuck in an area and buried in mobs - The spawn rate can be challenging
With Autosave, it's hard to go back in case of a silly mistake - Forwards to glory!! (Or humiliation)
Not easy to run away from trouble - Dash is a very brief sprint, monsters can catch you up.
Conversations are proximity triggered, so you can find yourself stopped in mid run to a particular location while you skip through a chat.
Keyboard mappings can't be changed :(

It's fun, cheesy, colourful and boisterous.

It's also more than a little challenging at times, but you can't help but smile.

For an old-school RPG with a dash of strategic thinking required and a great line in acerbic and silly humour, don't look any further.

So, let’s start off being honest – If you didn’t like the 80s, you may not like Megamagic. It’s still a lot of fun on it’s own, but it is gloriously cheesy – It’s like watching Michael Knight riding into an arena stood on the roof of KITT escorted by Airwolf and Automan, while Queen play “Princes of the Universe” before an audience wearing shellsuit tops, ripped jeans and bouffant hair dos with blonde highlights drinking New Coke.

Did you enjoy it?

But it’s also fun. Sorry, it’s FUN! there’s a hint of Pokemon, a dash of Fallout, a little Ultima, and lot of neon. The whole planet isn’t out to get you, but a fair bit is, and a lot of the rest is trying to eat you, so you might as well fight back, and try to save the world, and your friends and family, while you’re at it, right? If not, then what kind of a human being are you?

Play some Megamagic, you’ll get better 😉 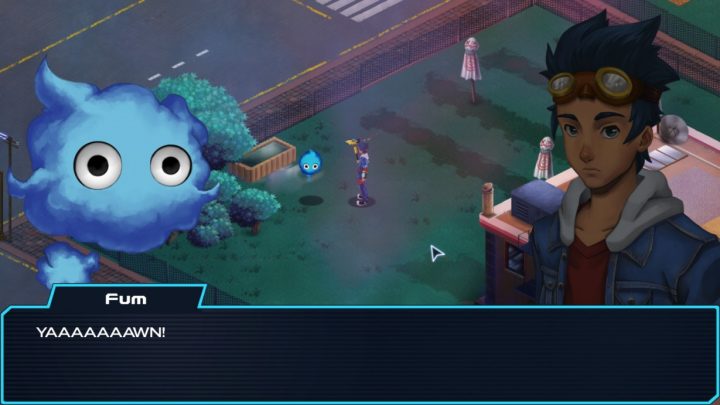 You play as the teenage orphan Phobon, who is on the run with his friend, Fum, from the wizard Merklyn. Your brother, Deimon, is trying to help you while seeking to find the answers you need from within the heart of the enemy. Sounds very 80s, doesn’t it?

I’m the first to admit I’m not the greatest game player, but I do love games. and one thing that I always did while playing MegaMagic was smile, or laugh…. Well except for a couple of times where I was a dumbass and couldn’t figure out a puzzle straight off. But that’s part of the fun, right? The main characters are entertaining, the supporting characters are often stereotyped for amusement, but sometimes I could almost detect a dash of Monty Python. The last thing I expected when asking a desert punk to let me through a door was a lecture on the high and low points of simplified punk society based on strength and violence – And I still got to beat the snot out of various creatures, people and robots though, along with help from my little friends!

Why did you enjoy it so much?

Megamagic is an isometric pseudo 3D adventure game, more 16-bit than 8-bit in it’s presentation, but it’s graphics are well done, colourful and full of character. The monsters are twists on a lot of tropes, but still well done, and where else can you go from fighting with Mad Max style desert punks, to dog/rat hybrids, to junk robots, robot lions and floating magicians? It’s never going to let you try to get bored, that’s for sure. Occasionally I got a little stuck on the puzzles, but it made me appreciate the ones I got right much more. There are also so many little in jokes and references to 80s movies and pop culture. If you love the 80s you’ll love Megamagic. If you don’t care about the 80s, you’ll probably still have fun. 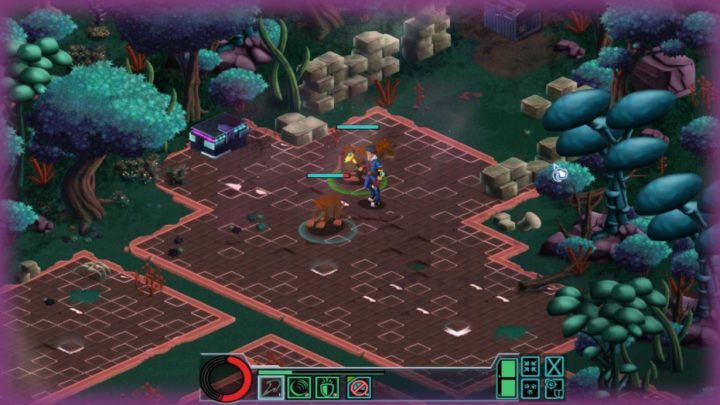 You have 3 difficulty levels to choose from, so you can choose if you want to enjoy the story, or be challenged by the monsters. Speaking of monsters, your Grimms (The monsters you can summon)  add a tactical element. As you travel and fight, you learn how to summon the Grimms you have faced and defeated. You only have a limited number of spell slots, and initially you can only summon one Grimm at a time. as you grow, you learn new powers and gain more Grimm slots (and Mana, for spells and Grimm Summoning) so you have more options. You can attack alongside your Gimms, or control and guide them while buffing them to defeat enemies. You can even use them to solve problems and puzzles, and if you can keep them alive, veteran Grimms become even more deadly..

The soundtrack for Megamagic is stunning – Synth pop heaven, screaming guitars – You can tell this came from Mitch Murder, the guy who did Kung Fury and Hotline: Miami. It sets the mood and helps to ensure you have a big smile on your face while you play. It’s like the best bits of the Transformers the movie soundtrack, mixed with some Airwolf, Rambo, Rocky and Street Hawk 🙂 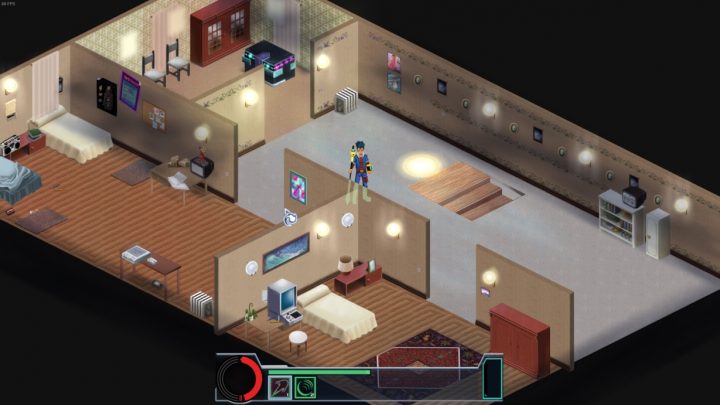 Megamagic is an absolute steal on Steam, so go on, give yourself something fun to play this weekend. Don’t worry about what your 3D card thinks, just enjoy yourself, and remember when good games meant having a challenge and entertaining, well-written characters and stories. There’s explosions too!

It’s not perfect, but it’s fun, good-looking, great-sounding, and did I mention that it’s fun?