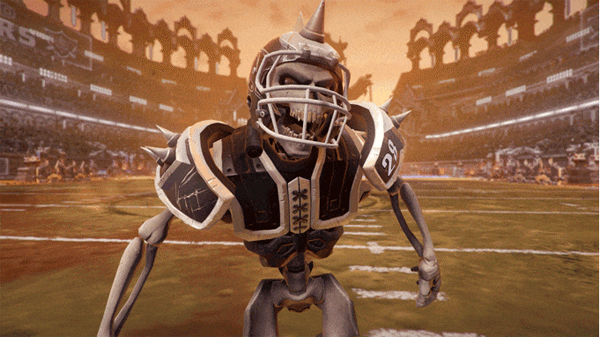 If you’re a child of the 80’s then, like me, you probably had or knew someone with a Sega Megadrive (or Sega Genesis). One of the games which I recall fondly was Mutant League Football from Electronic Arts. Released in 1993 the concept was ingeniously simple. Take the popular John Madden Football ’93 game and use the same engine for a game featuring trap laden pitches and players that are skeletons, robots and savage orcs.

Unlike John Madden players of Mutant League Football didn’t have to be good at or even understand the rules of American football, slaughtering the other team was just as effective as a winning strategy. Mutant League Football’s real genius was in appealing to gamers that might otherwise never pick up a sports game, gamers like me.

Now after a fumbled initial attempt in 2013 that games creator Michael Mendheim and his team at Digital Dreams Entertainment are crowdfunding Mutant Football League a long in development spiritual successor to the cult sports game. The new campaign has nearly hit its target with 29 days to go.

The new game features everything a fan of the original game could want but recalibrated for modern gaming and has a fully playable preview build demo available. Check out the gameplay trailer below and the Mutant Footbal League Kickstarter here.