Sometimes you play a game and it changes the way you play those sorts of games. Dark Souls is a good example: it fair-on ruins you for many games, making you expect and learn from failure where many games handhold you through a walk in the skyboxes.

For me, Project CARS was a similar experience. I only got to play two tracks, with a few different vehicles, but it was such an interesting experience. For full disclosure, I’ve always been more of an arcade player when it comes to racing games: Mario Kart and Burnout are my thing in this genre. I’ve never been able to get on with racing games in general, and those I have played have been more cartoony than realistic. When I started playing, I tried to do a braking turn around a tight bend: I ended up spinning off like I was driving on ice. 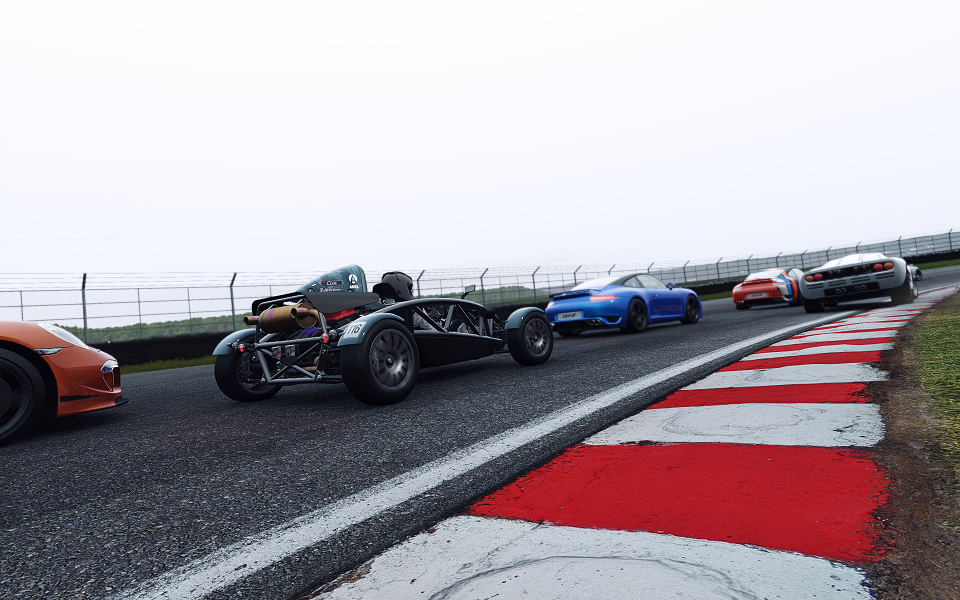 Eclectic mix of cars? Why the hell not?

I laughed, restarted the race, and tried to be more careful. As the next turn came up, I decided to try and undertake the pack ahead of me, pulling a sharper turn to leap a few places ahead. My AI opponents were having none of this, though, and they ensured I was given no room. One even bumped me away, sending me spinning again.

So I had to learn to play a little more like I was really driving. I had to be cautious, cagey, but also bold in the right ways. The game taught me how to play it with subtle clues such as the brake lights of my opponents, as well as the more obvious suggested route. I even got to watch the AI assault one of their own, making the car flip over and crash out of the race, which was as impressive as it was hilarious.

Project CARS hooked me immediately. And I mean immediately: it was during the loading screen that I saw just how much the game will stand out, when I learned there’s a button specifically for the windscreen wipers.

The daft question earned an interesting answer: “Because people asked for it.”

When Project CARS began, it was with Slightly Mad Studios reaching out to customers to ask what they’d like to see in a racing game. The engine was built from the ground up on the back of player’s requests, becoming a Kickstarter game and then being picked up by Bandai Namco. People asked to have windscreen wipers so they could feel what it was like to race, first person, during a heavy storm, and so that feature is there. This games is filled with requests like this;  A company giving people features they ask for, rather than slavishly aiming to be as realistic as possible at the expense of the gameplay. 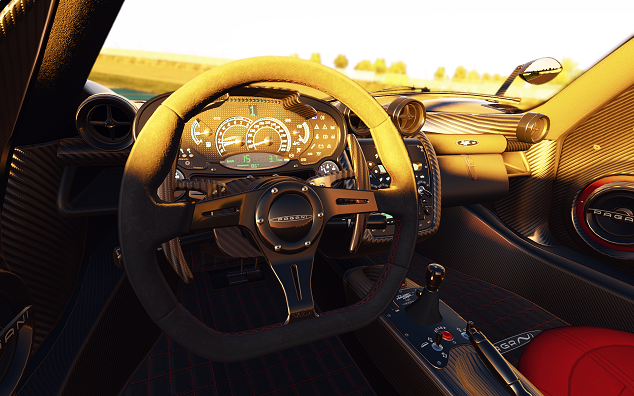 The attention to detail is also incredible.

Project CARS could be called Victory By A Thousand Cuts, really: the attention to detail in gameplay features is staggering, from an on-screen rear view mirror to customisable angles in the many viewpoints available. The game can connect to weather services and find mimic the conditions of any day for the race courses, meaning you can reproduce crippling storms or hurricanes if you want to. Even the night sky is based on how the stars looked on that evening, or even the day you’re playing. You even have the Trials Fusion-esque option of resetting your race if you crash, which I needed. The AI, the handling, almost everything you can think of is customisable.

If it meets its full potential on launch, Project CARS will be more a triumph than a game, delivering to people a delightfully thorough experience. I say this mostly as it’ll be the first racing game I have bought since Mario Kart DS.

Sean is an editor, writer, and podcast host at Geek Pride, as well as a novelist. His self-published works can be found at all good eBook stores.
More Goodness
PreviewsPreviews / Interviews