previous
5 PopCap games for under £1!
random
next
Freeware: 5 classic video games that you can legally play for nothing
Video Games & Tech
0 likes

Sony have recently announced a new GDC session for March 18th, and there’s some speculation that the much hyped PS4 Virtual Reality headset will be officially announced.

Said to detail the “future of innovation” of the company, Sony’s session will take place between 17:45PM and 18:45PM PST on the 18th March. What is fuelling the fire of this VR headset speculation? Well… the session will be hosted by Worldwide Studios president Shuhei Yoshida, EyeToy creator Dr. Richard Marks, and senior software engineer Anton Mikhailov.

Yes – Marks and Mikhailov’s involvement does lend itself to the headset being a focus of the session… what with both of them being pivotal in developing the Playstation Move controller, as well as being involved in developing new Eye tracking tech for the PS4.

Of course, this is all speculation as nothing has been confirmed yet… but it does seem very likely. Either way, this is all I have to say on the matter: 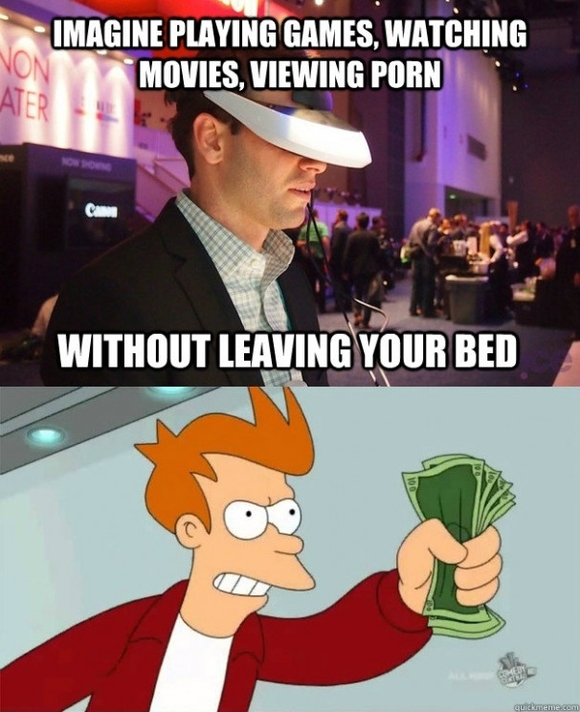