Following the events of hack ’n’ slash RPG Kult: Heretic Kingdoms, a dark shadow has once again fallen over the world. The core element of Shadows: Heretic Kingdoms is its internally conflicted main character and the associated unique party system. Players must assume the role of the Devourer, a mighty demon who can travel back and forth between the human and shadow world, devouring the souls of his enemies. Seamlessly switching between the Devourer and up to three party members, each with their own special abilities, provides strategic depth in battle, while switching between worlds also allows players to outwit their opponents in battle, avoiding traps and solving puzzles along the way.

A shadow lies across the world, and the Devourer is the only one who can defeat this rising threat. It is now up to players to decide whether they save the world from this dark threat or leave it to its fate. 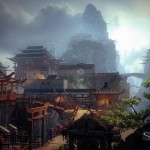 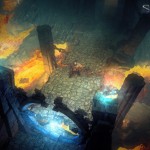 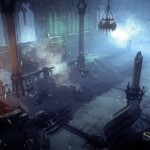 More information about Shadows: Heretic Kingdoms, including a trailer and screenshots, can be found at http://www.shadows-game.com/