The Dead Island franchise seems to be as alive and active as ever, as today it was announced that, in addition to the forthcoming Dead Island 2, and MOBA Dead Island: Epidemic, Deep Silver have also been working away on the cel-shaded, survival-mystery game, Escape Dead Island.

In a post on the Playstation Blog, Alex Toplansky, Senior Narrative Producer at Deep Silver, had the following to say:

“Escape represents a crucial bridge between the events of Dead Island and Dead Island 2, and will finally reveal the origins of the virus, and even some tantalising clues as to where the events are going to lead… but it’s going to be up to you to decide what to believe. That’s because this story-driven single player game is played through the eyes of Cliff Calo, who’s watching his world unravel.”

“Cliff is the spoiled son of a powerful media mogul who has stolen a yacht with his friends determined to film the documentary of the century: Exposing the truth about the Banoi outbreak to the public. Their plan: infiltrate the archipelago’s top-secret quarantined island of Narapela and document everything.”

Players will apparently feel more exposed in this chapter of the Dead Island franchise, as Cliff will be completely vulnerable to the zombie virus and, at the start of the game, will find himself without the means to properly fight off the shuffling hordes of the undead, leading to a far more stealthy, tactical approach to most situations. On top of all this, he appears to be losing his mind a bit:

“Cliff struggles with his own sanity as the world around him begins to become increasingly unpredictable. Time distorts and folds in on itself; strange messages appear and impossible events shatter reality. Oceans turn to blood, containers plummet from the clear sky… If Cliff had any thoughts about this being a routine documentary, he’d be ‘dead’ wrong.” 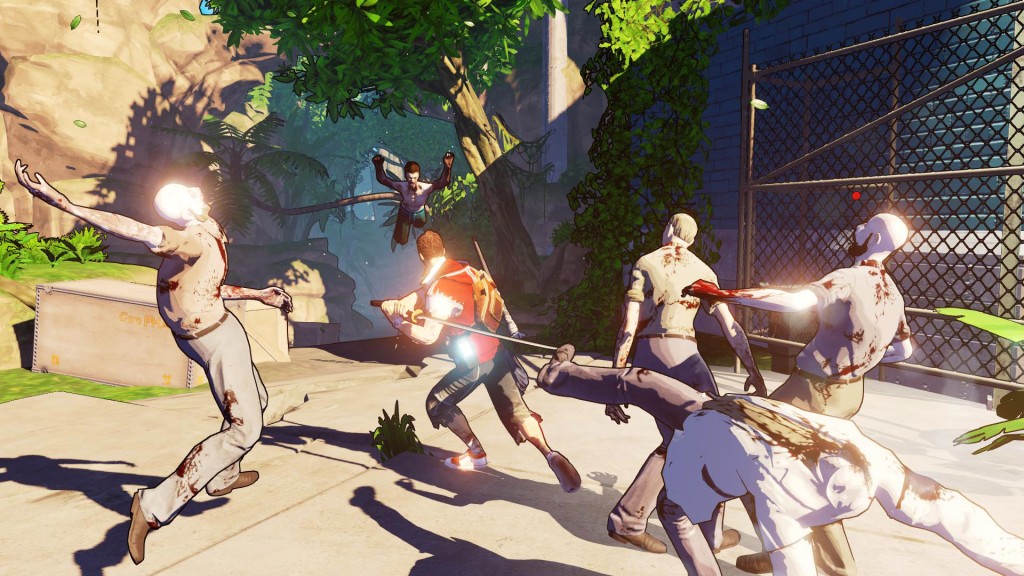 As you can see from the trailer and screenshots, the game is set to take a quite radical visual departure from the previous iterations of the franchise, with heavy comic-book style, cel-shaded, almost surreal graphics being employed. In some shots, it almost bears a striking resemblance to Telltale Games’ The Walking Dead series, which utilises a similar artistic direction. Whether this departure will have much of a bearing on the overall gameplay is yet to be seen, but it certainly does look like a gorgeous little game!

That being said, the title will not be coming to next-gen consoles, only seeing a release on PS3, Xbox 360, and PC, which could represent some caution on Deep Silver’s behalf – perhaps they’re unwilling to take a risk on this quite diverse entry in the franchise by developing it for the Xbox One and PS4.

Either way, hitting shelves in Fall 2014, Escape Dead Island looks set to be a fresh and unique take on the Dead Island franchise and will undoubtedly fill the void until Dead Island 2 comes out next year.