I’ve enjoyed Capcom’s Street Fighter series ever since I found an arcade version of Street Fighter 2, many years ago, and got to kick ass with a green feral man from Brazil! In fact ever since then I never got why everybody loved Ryu so much, but then again different tastes I suppose. 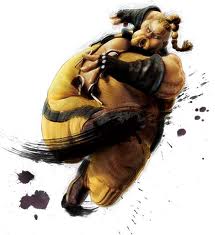 Rufus: The worst use of jiggle physics in gaming history

So when Street Fighter 4 came onto the X-Box 360 and PS3 I enjoyed it immensely, except for Rufus’ jiggle physics of course. When I heard about the game coming onto iOS I was skeptical, how is the touch screen meant to become a controller for a heavy combo based fighter?

Well, the answer is jerkily, the sensitivity leads to a few missed combos and swiping your fingers over the virtual joystick and buttons have a tendency to leave your fingers feeling numb, and for me, became very difficult to complete the Tournament mode which ends against M.Bison. 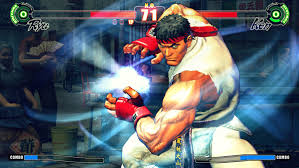 Ryu setting up for a Hadouken!

The original iOS version only had 8 characters to begin with, but thanks to free Updates and DLC it’s now up to a formidable 12, this was to counteract a criticism of the game upon it’s release which was a lack of playable fighters. 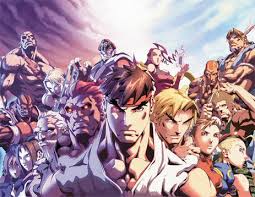 With enough variety in characters now, a very in-depth training program and the ability to play multi-player via bluetooth I think paying a mere £2.99 for the game on the app store  is a good deal. Especially, if like me, you’re heavily into your fighters. The graphics are solid, the animation is good and overall the game holds up well on mobile platform.