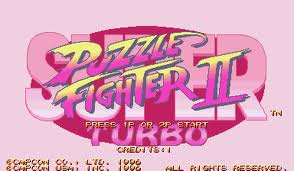 This game might have come to the Playstation Network/XBLA several years ago now, however it has only just been brought to this writers attention. It will never be a smash hit of a game, it won’t turn heads like The Last of Us or Remember Me but it is still extremely fun. And when it all boils down, that’s what makes a good game. 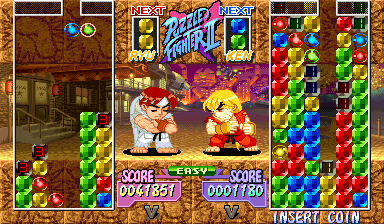 Despite having first come out in Japan in 1996 it is a timeless classic of a game, the colours and vibrancy alone make it visually stunning. Whilst it has a fun and at times challenging single-player mode it really comes into it’s own through it’s multi-player capabilities. You’ll be equal parts frustrated, as you are a block away from winning to lose it through an unbelievable combo, and  equal parts elated, as you manage to reverse a sure defeat by delivering a devastating move to destroy the other players screen. 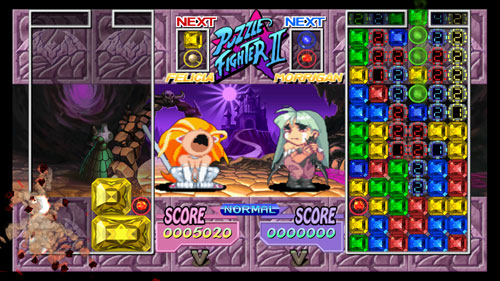 At first glance you will believe that Capcom have just cashed in on a lucrative franchise and is nothing more than a cheesy Tetris clone. A pair of randomly coloured gems descend down a 12×6 rectangular area, it’s your job to match them up and shatter them before your screen fills to the top. This sounds simple, until of course you factor in the two-player experience, you need to be able to think quickly and decisively. Do you pair up your gems with others to build bigger Power gems and unleash larger Counters to disrupt your opponent or smash them quickly in order to ensure your screen doesn’t get overwhelmed. 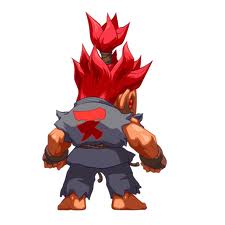 Your starting characters include the peoples favourites, Ryu, Ken and Chun-Li from Street Fighter 2, along with Morrigan and Felicia from Darkstalkers. There are also some Hidden Characters, one of which has to my favourite fighter Akuma!

Puzzle Fighter will never make it into my top 5 games of all-time, but it’s fun, very enjoyable and is a good little multi-player that will cause just as much hostility between you and your friends as any first-person shooter or sports game. Trust me, I know.