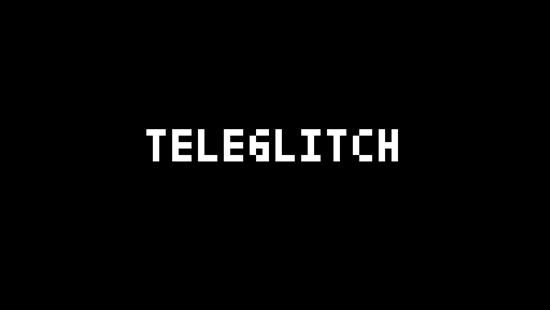 Before I go onto the review (and this maybe giving my feelings away about the game in some small way) pre-order it before it’s too late! The ‘Die More Edition’ comes out on full release, July 24th or if you want to be uber flash, you can pre order the limited edition version, where in you get the soundtrack and 8 exclusive weapons / utilities. Personally I would order the latter because you will need everything you can get to survive! 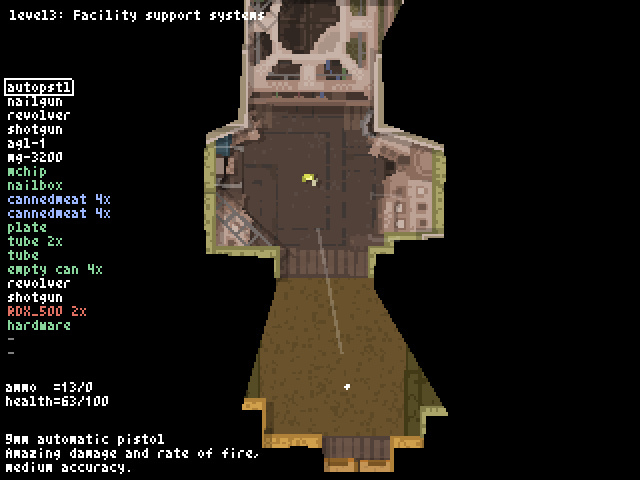 If you’re one of these who need AAA video game graphics and can’t remember the simpler time of gaming when it was focused more on the game-play, and not on the explosions, then this game and subsequent review might not be for you. It’s a top down survival horror game where you play a nameless grunt working for a company who are creating a matter transporter…..because as we all know, they ALWAYS work without a hitch. Anyway trouble inevitably ensues and you lock yourself away in your room hoping for a rescue which doesn’t come. Your only option? Get to the master control unit and send yourself back to earth.

The start reminded me of the film ‘Alien’, no speech, just the sound of text flitting across the screen, daunting music and a singular, lonely planet spinning ominously in the distance. It comes with a tutorial thankfully, which explains to you how to survive slightly longer than you would without going through it. Unfortunately for me it didn’t give me much hope as it told me my shooting was merely ‘adequate’. This did not bode well, especially if I took into consideration the fact I could only see what my character could. As soon as I turned a corner that area of the screen turned black and any sort of creature could be lurking there. 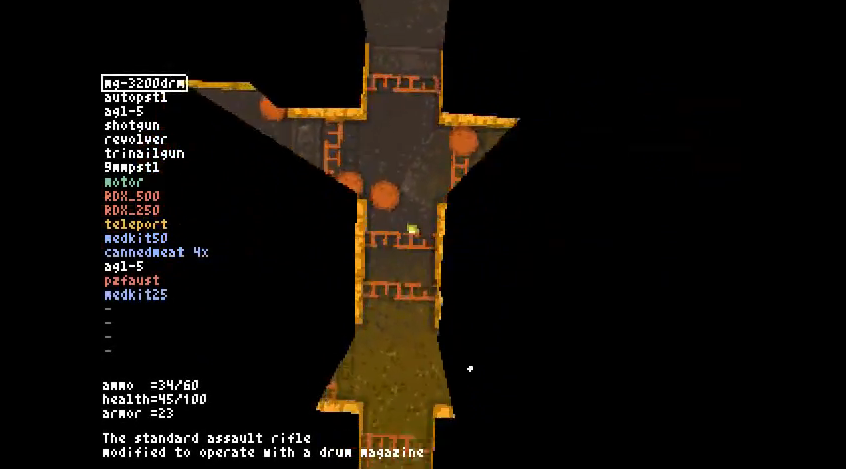 The developers have been very clever with how they created this game, starting with the use of minimalist sound, the far off hum of machinery interspersed occasionally with gravelly skittering to put the player on edge. This, coupled with randomly generated maps, enemies and equipment at the start of a new level not only creates a good environment for the player but a sense of dread (How many creatures are out there? What will they give me to defend myself? Please god not just a knife!). 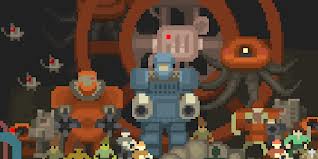 The game has a view rotate which takes some time getting used to but if you feel you can’t wait, or simply don’t like it there is the option to switch it off in the menu. Alongside this option there is a handy stats screen to let you know how many times you’ve died (thoughtful) and how badly you handle your gun (18.2% accuracy). There’s a nice monster section in there too which updates after you kill a new one, so far I’ve only found a form of mutant and a zombie with a nice blurb piece on each. What worries me is the part the developers left in about Armor…..I’m not sure how my knife will fare against armor. 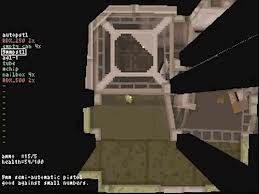 My first mission I was given a pistol, with (as it turned out) way too little ammo and only two explosives, but don’t worry – I found an empty can! Somehow I managed to work my way through to a teleport room where it gave me two choices: I could either go to an abandoned plankton farm or a military biology bunker, I never take the safe option and I hope when you consider what game to purchase next, neither will you. This game doesn’t have the graphical power of a big developer, but it more than makes up for it with it’s game-play and atmosphere.