The Curse of Naxxramas

Great addition to a game that is still really, really young.

The Curse of Naxxramas, an update for Hearthstone, has been out for three weeks now.  At first I was going to write a review after I played it for the first time, however realising how the game works I left it for a few weeks.  Now I am ready to spread the news that is, really a curse, a curse on your time! 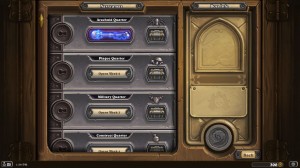 The addition adds a new level to the game, in more ways than one.  Firstly instead of just having the practice matches as the only option for single player, you can now access the new Adventure mode.  In adventure mode you get to fight through five quarters on a single player game.  Each quarter has three heroes, each one more difficult than the last, the third being the Quarter Boss.

Thanks to this the game forces you to play outside of your own comfort decks, building new ones.  If you beat the boss you usually unlock a pair of cards for completing the quarter and you earn the actual boss you play against.  Upon completing the Quarter, you unlock the Class Challenge for that Quarter, which is two separate challenges using decks that are pre-built.  These challenges are quite fun, and the decks can be pretty random, but if at first you can’t do it, you’ll soon get there. 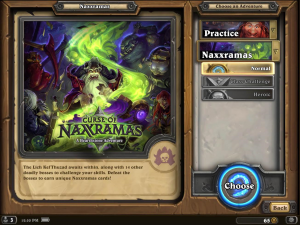 Finally there’s the Heroic game mode, which is a single player mode again, but is a lot toughter than the normal mode.  Their health is increased to forty-five and the abilities are reduced in cost, making them a lot harder to play.

This is where I have had the most fun, building and rebuilding decks to defeat these horrendously tougher bosses.  Some may feel that its just a grind, but I have found it has allowed me to explore the deck building option a lot more than I did.  Alas currently there is no reward for defeating all the bosses in Heroic, but rumour has it that once all the Quarters are open & all bosses are defeated, you will receive a special card back. 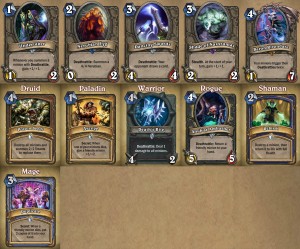 There are a grand total of thirty additional cards have been included in the Curse of Naxxramas release, which allows for a lot of customisation within the decks.

You can play the original Arachind Quarter (The other Quarters are; Plague, Military, Construct & the Frostwyrm Lair) for free, it costs you nothing.  You can buy the full game for £17.49, or if you own the first wing £13.99.  You can stick with the free to play model and pay for each individual wing at 700 gold each (which you can earn in game, for free) or purchase them individually for £4.99.

Each week a new Quarter opens up, so don’t expect to purchase the entire game and be-able to play it straight away. 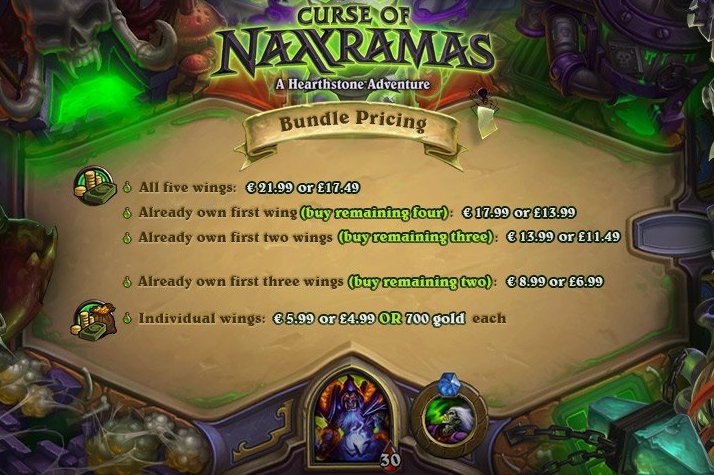 The game is currently on the Military Quarter (Week 3), so there is only two more weeks to go before the entirety of the Curse of Naxxramas is opened up.  This is an add-on to Hearthstone that I bought without any hesitation, it is well worth the time and effort.  If you prefer the deck building side of card games, this gives you chance to flex your decks.  If you prefer a gaming challenge, you’ll love it as well.  Its a great addition and well worth your time.