-Mediocre animation and cut-scenes.
-Too busy during some battles to follow.

If you hate musical rhythm games then don't even think about it - but for those who do, this is an interesting genre mashup with a great soundtrack, that's lots of fun.

If there’s one thing I’ve noticed about the RPGs I’ve played recently, it’s been a total lack of oddly gyrating, human-sized cats to fight. Thank God then for The Metronomicon, the result of the unlikeliest of hybrids; a JRPG mixed with Dance Dance Revolution. 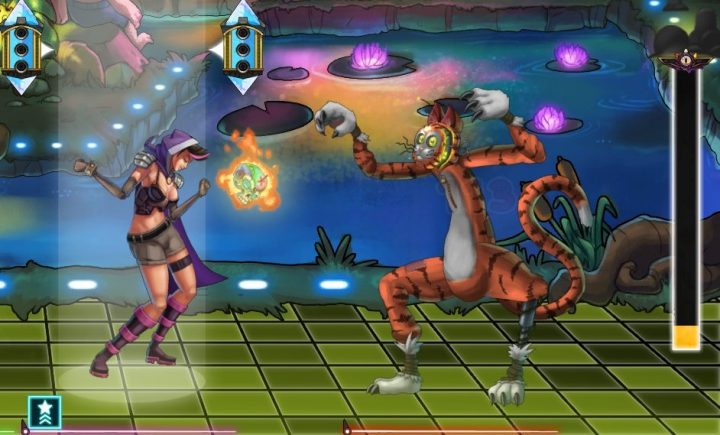 In this foot-tapping adventure, you assume the roles of several newly graduated students of the “rhythmic combat arts” to investigate monster raves in the nearby countryside, and track down the mysterious source of the musical menace. Basically, it’s DJ Hogwarts. Imagine a parallel fictional world where Harry, Ron and Hermione studied body popping and dubstep instead of Transfiguration and Charms.

Aside from a few preparatory screens to change squad characters and their equipped items, the bulk of the action in The Metronomicon takes place on a vibrantly active battle screen, wherein your four characters dance off against a plethora of foes. Each of them has a class; it’s all fairly safe territory for RPG veterans with Warrior, Healer and Protector classes, among others. The real innovation here is the fusion of an Active Time Battle interface with the musical element.

Each character has up to three abilities equipped, and by chaining more beats you build up the power to activate the next one in turn. This ties in with the elemental system. Personally, I feel like they missed an incredible “Earth, Wind and Fire” reference but instead we get an admittedly more robust system of four elements – Earth, Lightning, Water and Fire.

So, if you’re fighting an Earth monster, and your Exploder has a Fire spell equipped to her second tier, you need to remember to keep chaining until that point. There are also status effects, buffs, and debuffs in true RPG fashion. In fact there are so many active elements at play during battles that beyond the opening levels I struggled to keep up with what the Mary J. Blige was going on. 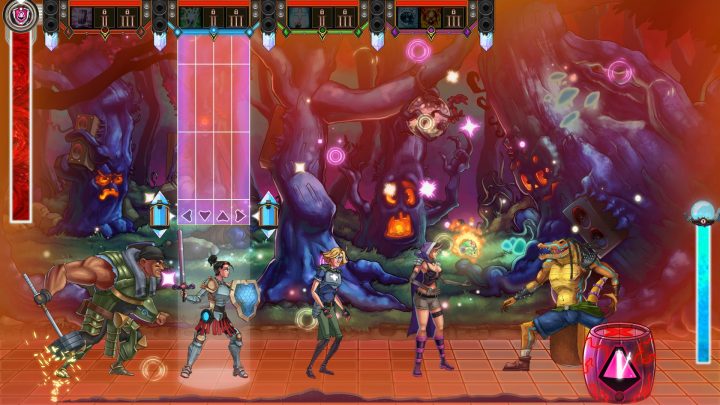 There are some fantastic background pieces in The Metronomicon, but just the same as when I play Rock Band, they’re almost wasted on the player – once the notes start streaming down the screen, you just don’t see anything else. The Great British Bake Off could have been playing in the background of some levels, and I would never know. But the few things I did spot were totally in keeping with the rest of the game – what’s that lurking in the background of the mellow house tune level? Of course, it’s a stoned sloth and a baked vulture.

The characters and plot are clearly there to support the premise of the genre mash-up, but there’s equally obviously been more than a token effort invested in the setting and the available characters, as well as some decent voice acting for the cast. There are several worlds to battle-dance through, as well as side quests and unlockables to collect in an Arena mode – so there’s plenty more than a gimmick here. 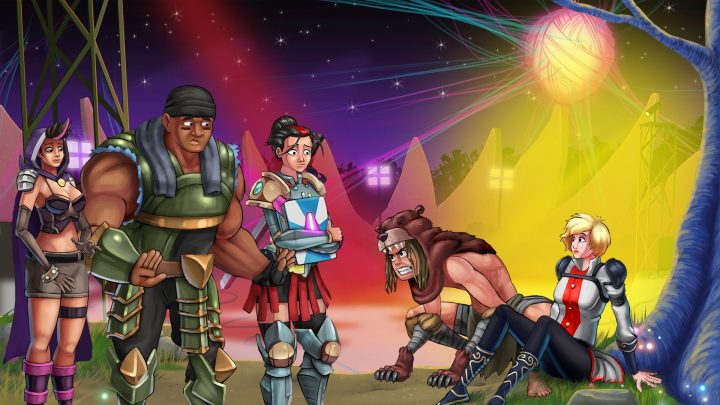 Of course it goes without saying that a game like The Metronomicon lives or dies by its soundtrack, and there’s an extensive, diverse catalogue of tunes to battle against here. From electronic to synthwave, dabbling in a bit of rock, there are tons of fantastic indie tracks to delve into. The longevity of the title will naturally be extended if, like Rock Band, the developers go down the route of releasing song packs – though this remains to be seen.

There’s also reportedly full support for almost any gaming peripheral you can imagine, so dust off that dance mat and get it plugged in to your PC – The Metronomicon will support play with it. It’s more involved than Rock Band or DDR, and this might cause a barrier for The Metronomicon to be a truly great party game, but it’s still lots of fun all the same.