With reports today that Nintendo plan to start developing minigames and content for smartphones (which they have now comepletely denied), I figure it’s about time they looked through the back catalogue and got us some of the old DS games re-released. Touchscreen phones are the perfect format for some of these older games, and it’s a regular annoyance for me that I have retired my DS, and play much crappier games nowadays just cause my phone is what’s in my pocket.

WarioWares was great on the Gameboy Advance and on the DS, and was pretty groundbreaking in terms of touch screen gaming. Any of the older versions, or even a new one would be brilliant on mobile devices, and could maybe even incorporate some multiplayer, as it is a very simple low-fi game. 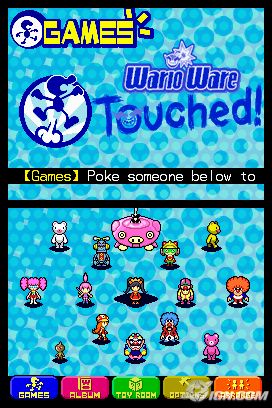 A rhythm game where you take control of a group of agents who use music to help people solve a range of weird scenarios. Rhythm games on mobiles devices are surprisingly shoddy, even the official Guitar Hero game is pretty disappointing. Elite Beat Agents was fun, engaging, had sensible levels of difficult and a funny, interesting storyline. It could easily be adapted for multiplayer, as well as for additional content with new songs and missions, so could be a nice little money maker. 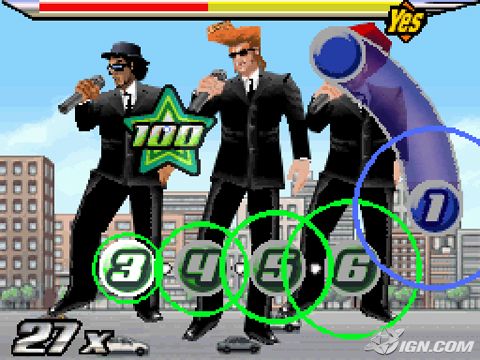 I got so many hours of enjoyment out of the Lost In Blue series. It is a seriously immersive desert island survival game, where you must fish, hunt, trap and forage for food, collect resrouces to build tools and shelter, to enable you to explore more of the island, and eventually leads up to a plot that helps you escape. It was also a genuinely difficult game with the threat of starvation always present. It used some powerful 3D on the DS and really pushed the limits of the console, but surely it can’t be too difficult a problem these days to translate the game to mobile devices. My only criticism of the game was that it was totally sexist – the female character was unable to climb or jump the same distances as the male. Even so, if this was available on my current devices I would play the crap out of it!

This one really is a pipe dream, as the franchise is still massively popular and thriving on 3DS with a huge fanbase, but it would be amazing to be able to keep my town in my pocket or bedside table. One of the big let downs of Animal Crossing on the Wii was that it just wasn’t as accessible as it iwas on the hand-held DS. Even back in its earliest form on the GameCube It was one of the first games to use real time, a gimmick that has been adopted by so many mobile games since. The multiplayer appeal existed way before the technology to really deliver it. It is perfectly suited to hand-held, internet capable devices, and may be the only game that I would be willing to pay a top price for to have on my phone and tablet. 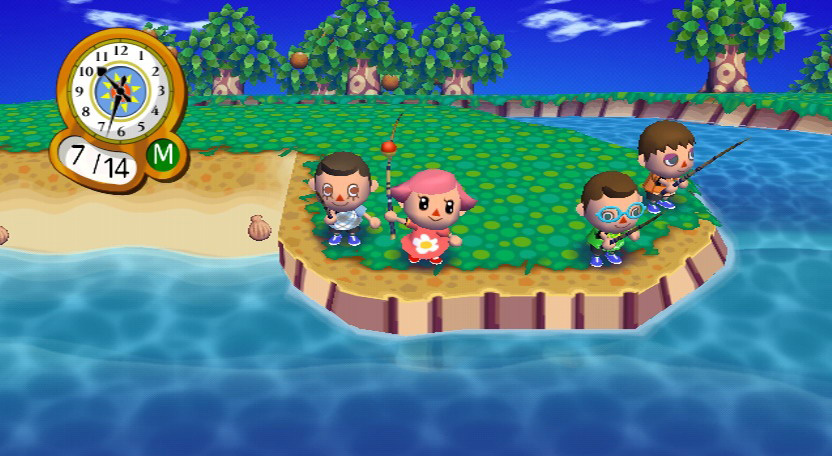 The best thing Nintendo could release on mobile devices would be….everything!

They have 30+ years of legendary games, many of which are still popular franchises or even still popular games in their own right. Like many geeks I still have my SNES gathering dust, and the only thing stopping me from sitting down to a good few hours of Zelda or Star Fox is accessibility. I am a renowned cheapskate but honestly I would pay to be able to play games almost as old as I am on a decent, current, hand-held device. Nintendo could really do right by people with this, but sadly it’s very unlikely that any of these games will be getting Android or iPhone releases anytime soon.

I'm Mel, currently living in Sheffield, but originally from the other side of the Pennines. I'm a lifelong gamer, RPing from a worryingly early age, and basically raised as a geek - I don't think I ever had another option! Any spare money I have gets spent on comics, photo gear or lucha masks, and any spare time I have, when not gaming with friends, is wasted on Sims, Minecraft and trashy movies.
More Goodness
NewsNews / FeaturesTop 5s