There is a good challenge here, but I was turned off by the randomly-generated maps. The repeated deaths were also annoying. Some, however, may enjoy this challenge, which is fine. Aside from that, the voice-acting made me want to turn my TV on "Mute", and the script couldn't be more generic. Chances are, there are more appealing games in the genre for you out there.

Toy Odyssey is a new side-scrolling platformer in the vein of Metroid or Castlevania from indie developer Hiker Games. In it, you star as Brand, an action figure come to life who, with the help of other sentient toys, must save his owner Felix from the darkness that is currently residing in Felix’s house. Brand must uncover secrets to the house that can explain where the darkness is coming from, but he has to do it before the darkness consumes the house and everyone in it.

As Brand, you move your way through the different rooms of the house and complete missions while fighting rogue toys. You also collect items that can be used to upgrade Felix’s armour and weapons, as well as craft new items. You will also upgrade the Bedroom, the main hub that is also a safe haven in between lives (when you die, you are sent back there as a starting point). The upgrades in the Bedroom are similar to tower defense games in that everything you do protects the room from attacks, which can happen while you are out exploring the rest of the house. The attacks can result in losing collectibles and useful items, so it’s important to upgrade the space along with Brand himself. 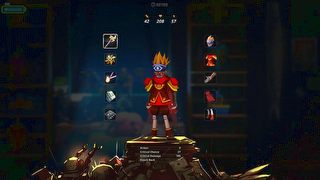 The house itself is broken up into rooms you’d find in standard houses, but there is a catch: the map is randomly generated, and will only keep one specific layout for as long as you maintain your life. You die, the house resets and you have to start all over again. It’s a nice challenge if you’re into this kind of thing, but I found it incredibly frustrating. Some people like this style of game; as it turns out, I am not one of them.

The controlling at least is very easy. You have basic buttons for dodging, attacking and jumping, with movement controlled with thumbsticks. Prompts for things like entry ways and collectibles are all mapped to the Triangle button, with the prompts appearing whenever use of the button is available.

Music is cheerful and bubbly, sounding like it came straight out of a Disney movie. The graphics are bright and colourful. Nothing special, but they serve their purpose amicably. The voice-acting, however, is sub-par. Not surprising, given that the script is incredibly generic, with much of the dialogue feeling very stiff. It also doesn’t help that, when you have to replay certain parts of the game that involve dialogue, there is no quick skip option, meaning that when you die-which you will do. A lot-you have to listen to the same grating voices say the same cheesy dialogue over and over. 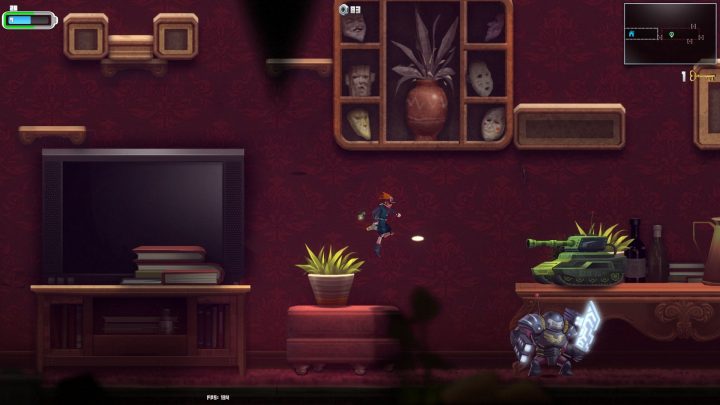 As for the story itself, going back to the Disney comparison, it feels like a Disney movie. In fact, it honestly feels like Toy Story. It’s not a bad story, but it’s generic and uninspired, one we’ve seen many times before. Also, while it would appeal to children, the difficulty level definitely leans towards adults, so I would say the appeal is limited.

While not a bad game on a whole, Toy Odyssey is nothing you’d go out of your way for when looking for a new game. It has some positives, but for me, the negatives carry more weight. Toy Odyssey is one toy you might be excited to take out of the box, but like many new toys, you might play with it once or twice before you get bored and need a new toy.

I am straight edge and a freelance writer currently working for several sites. I also do personal training. Currently, you can see my weekly WWE Smackdown recaps on CamelClutchBlog.com, video game reviews on BurningAngel.com (warning: although I only write game reviews there, it is an adult entertainment site) and mostly wrestling-related stuff on Man Cave Daily (mancave.cbslocal.com).