previous
Nevermind: The new horror game that can use your own fear against you
random
next
300: Rise of an Empire - Seize Your Glory Review
Video Games & Tech
0 likes 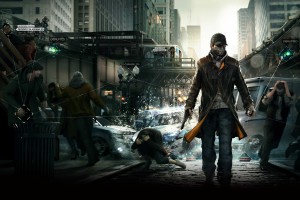 Since E3 2012, three console launches have been and gone and a next generation war between Microsoft and Sony has broken in full force, but one game has still managed to grab immediate media attention above everything else.

When Ubisoft first showed off Watch_Dogs in the Los Angeles Convention Centre the mainstream games press were left stunned. Despite Ubisoft’s reluctance to admit anything at the time, Watch Dogs provided the closest thing to proof that next gen hardware not only existed but was due pretty much imminently.

Fast forward to last February and Sony officially unveiled the PS4 to a select crowd in New York who all inherently knew why they were there. Several launch games were exhibited, some of which are still yet to be delivered, but it was Watch_Dogs that came last and again gracefully stole the show.

Arguably not since Grand Theft Auto III had a game looked to re-create a modern living city in such revolutionary detail. It’s citizens seemed to live and breath while a partially-cloaked protagonist swaggered around a virtual metropolis with a confidence that just seemed to capture the imagination. Open-world adventure games were definitely nothing new in 2013 but this somehow just looked different. 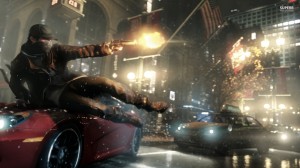 For the uninitiated Watch Dogs (I’m not using the underscore any more) is an open-world adventure game developed by Ubisoft Montreal alongside Ubisoft Bucharest and Ubisoft Reflections in the UK.

In 2003 a software glitch caused a real-life major black out throughout parts of the US and Canada that lasted for two days. Watch Dogs builds upon this event and genuine research to depict a near-future scenario where the entire city of Chicago is controlled by a single Operating System known as the CtOS. Whoever controls CtOS has real-time access to mobile communications, bank records, financial and credit status and pretty much all of the other private things that people generally like to keep to themselves.

Players assume control of hacker Aiden Pearce who is able to access the CtOS from the relative comfort of his mobile phone. Through the CtOS, Aiden can profile other characters and use their personal secrets as means to help or destroy them at will. The law enforcement and traffic control components of CtOS allow Aiden to bend the city as his needs dictate. Pursuing vehicles can be stopped in their tracks by raising bollards in the middle of the road and security cameras can be used remotely to scope danger or record private conversations.

Aiden’s back story and most of the plot remain unknown but trailers and preview footage so far demonstrate that he is no stranger to crime and that murder and intimidation are definitely not beneath him. His behaviour suggests that he could be an ordinary guy with a world to save or just possibly a bit of a dick head. 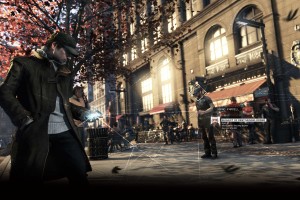 Bob is subject to a restraining order. On the plus side he does earn $75k a year though.

After E3 2013, Watch Dogs was set for a release date of November 19th and I saw several demonstrations of the game at London EGX last September but something didn’t feel quite right. While Assassin’s Creed IV: Black Flag and The Crew were being chucked at attendees full force, Ubisoft were being remarkably cagey about their one game everyone really wanted to play.

Watch Dogs was there but only in a secluded live demonstration booth and during a one hour developer session with Creative Director, Jonathan Morin. Any game play on show was strictly choreographed and it was pretty clear that non-Ubisoft employees weren’t getting anywhere near a controller. This isn’t a completely alien concept by any means but it definitely was unusual for a game which, by that point, could only have been 8-9 weeks away from retailer distribution.

When Ubisoft finally officially delayed release to the 2014 financial year a few weeks later, not many people were surprised but a lot of people were pissed off. An official PS4 bundle had been confirmed months earlier and this caused havoc for retailers with some console pre-orders in the US being cancelled altogether due to a system error.

The Xbox One and PS4 had lost their most anticipated cross-platform launch title although perhaps not-so coincidentally, Assassin’s Creed IV sales subsequently went through the roof. Players were given a Watch Dogs-related Easter Egg buried deep within Black Flag but that was about it. 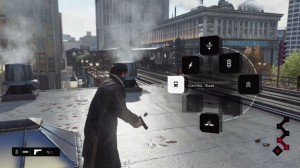 Hacking CtOS leaves Aiden free to control many aspects of the city infrastructure but is this freedom just an illusion?

It’s become harder these days to remember a time when the only annual video game franchises were sports titles but back in 2006 that’s how things were. The world didn’t yet know about credit crunches or any of that twerking bullshit and the words Modern Warfare generally meant nothing outside of military circles.

It was during the E3 of that year that Ubisoft unveiled a killer app known as an Assassin’s Creed. Loosely based on Prince of Persia and the stories of the real-life assassin Hassan-i Sabbah, the game was one of the first to look truly next gen at the time even though the Xbox 360 was nearly a year old by that point.

The audience were wowed by the fluidity and cool oozed by protagonist Altair as he was seen strolling calmly behind a corrupt political figure on a middle eastern town square before knifing him in the back. The game looked gorgeous and the Ubisoft hype machine went into overdrive. When the final product arrived just over a year later, it reviewed generally well and sales far exceeded expectations but success came with it’s fair share of controversy.

The problem with Assassin’s Creed was that much of it’s apparent openness was just an illusion that the media and players had concocted for themselves. Whilst the first Assassin’s Creed wasn’t a bad game by any stretch, it was extremely repetitive and far more linear than most people had hoped.

What looked like it could have been a GTA-style free-roaming romp through a crusades Damascus was actually just a collection of fetch quests thrown together with some occasionally irritating dialogue and poor design decisions.

A small group of idiots inexcusably vented their frustrations towards the game’s producer Jade Raymond and impolitely accused her of using her looks to support Ubisoft’s marketing campaign. It wasn’t the nicest time. 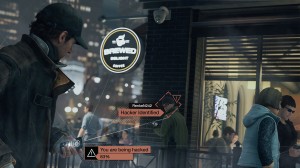 Multiplayer features enable players to hack into other people’s games and generally act like cocks if they’re that way inclined.

Who watches the Watch_Dogs?

As a developer and publisher, I genuinely like Ubisoft. They don’t seem anywhere nearly as risk averse as some of their rivals when it comes to new IP and are always among the first to back new platforms. Although successive iterations of Assassin’s Creed have become slightly wanton, for every Just Dance sequel they have a title like Red Steel, Zombii U or The Division that looks to use generational hardware developments to push things in a new direction. Quality often varies but at least they try.

Unfortunately Ubisoft’s marketing teams haven’t always been known for their tact. Ubisoft trailers have a habit of ‘leaking’ prior to any major event in the industry calendar and one promo for Ghost Recon: Future Soldier that featured a popular reality TV star was far more insensitive and cringe worthy than advertising ever really should be. Presenter Aisha Tyler’s #Girlwood t-shirt also raised eyebrows at E3 last year although I have to admit to actually quite liking that one.

When I saw Watch Dogs last September, I couldn’t help but feel deja vu. There was no doubt in my mind that it looked visually stunning and a lot of thought had clearly been gone into the hacking features and design but at it’s core it just looked like a modern-day Assassin’s Creed.

Multiplayer features aside, the non-playable character interactions and supposedly random events looked highly scripted and most of the demonstration time was actually just spent in continuous sequences of uninspiring cover fire. After approximately 30 minutes of live demo, I came to an unfortunate realisation that many of my first impressions of Watch Dogs were based on expectations formed in my own mind.

Of course, it’s not Ubisoft’s fault if I have unrealistic expectations of their products but they should be mindful of their advertising and have a duty to market their products responsibly. People felt short-changed by Assassin’s Creed in 2007 because it failed to live up to much of the hype produced by Ubisoft’s marketing machine.

Like any other kind of entertainment media, a game can only be marketed so much and hyped for so long before it reaches unattainable heights. The world of Aiden Pearce and CtOS could turn out to be far more sparse and one-dimensional than many of us may have hoped. 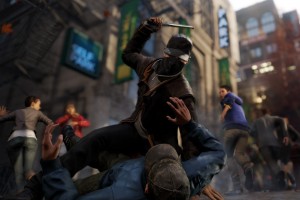 All seems a little familiar.

Earlier this month, Watch Dogs was again confirmed for Q1 2014 which means that it’s due for release between April and June of this year. The game was also recently submitted and passed by the ESRB and PEGI for age ratings in the US and Europe which only usually happens in the final stages of development although an official release date remains unannounced.

There is no doubt that the game will do well commercially based on hype and the fact that many early next-gen adopters are currently struggling to find high quality releases to justify their investment. The Wii U version has been delayed but that isn’t likely to leave much of a dent in the sales figures.

It is more in the eyes of reviewers and player feedback that Watch Dogs may struggle. In post-GTA V market, AAA open-world games face a battle to justify their existence especially since Rockstar’s game managed to exceed almost every expectation. Ubisoft also have to contend with pre-existing negative sentiment after last year’s final hour delay.

Watch Dogs was the most wanted game of last Christmas and postponing release with only a month to spare did not go unnoticed. Just getting the game to run on an Xbox 360 without the console pissing itself is not going to cut it.

I really do still hope that Watch Dogs doesn’t disappoint. It remains the game that I’m looking forward to most this year after Titanfall, however I’ll reserve final judgement without bated breath and with slightly more realistic expectations until it finally arrives in the Summer.

A proud member of the Geek Pride video games editing team, Sai can currently be found trying to get through his Christmas games backlog (and failing miserably at it).
More Goodness
GP blog