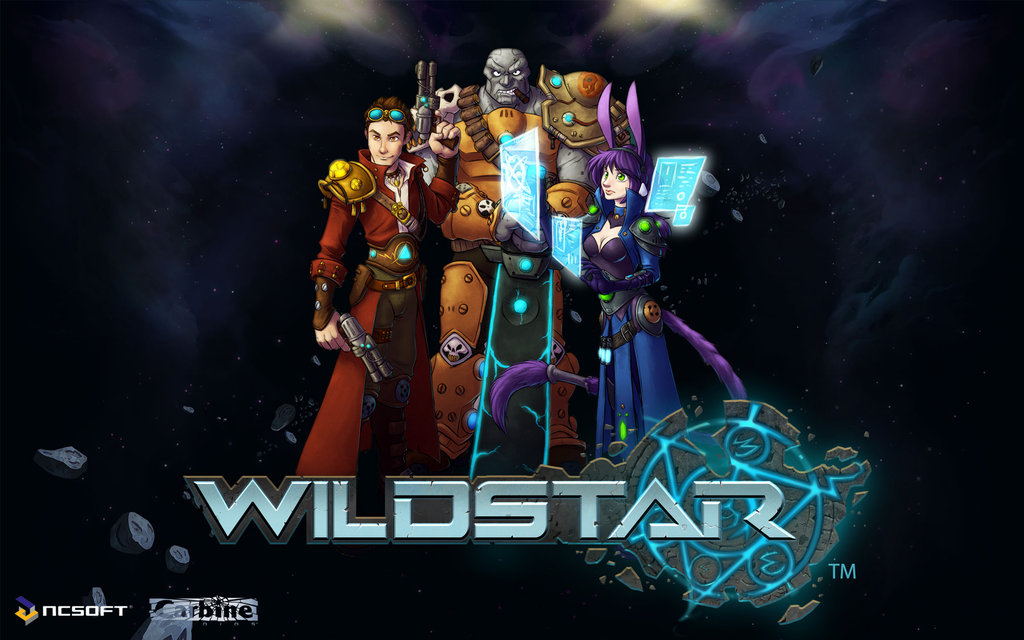 From an outsider perspective, the world of MMO’s is a funny old one. As someone who typically never plays the same game for any longer than a few hours and has a tendancy to move from one online shooter to the next, I’ve never quite understood the desire to stick with the same game for years, let alone pay a monthly fee for the privilege.

Still there are some people who are sticking with the formula and despite a growing number of free-to-play alternatives and dwindling subscriber numbers for WoW and Eve Online, last month’s launch of The Elder Scrolls: Online was at least reasonably successful and has proven that the monthly fee concept isn’t dead just yet.

WildStar is another big budget contender looking to further tip WoW’s crown. In the making since 2005 and developed by several former-Blizzard employees, WildStar does away with the medieval archetypes that have now become commonplace and instead involves a war between rival hyper-advanced factions on the far-future planet of Nexus. 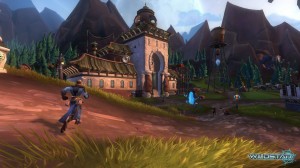 WildStar offers some truly gorgeous landscapes but it might take you a lot of grinding to see them.

Character creation revolves around a total of six classes and eight races with the added bonus of a Mass Effect-style path system that encourages experimentation with different classes and unlocks further unique content. Players can also purchase a sky plot to use as a base and a source of income, a feature more reminiscent of Second Life than traditional MMO’s and one that could easily pave the way to a major digital economy if enough people get on board.

The visual style immediately exposes the game’s WoW roots and should feel familiar to anyone who has ever spent at least a few hours in the Eastern Kingdoms, despite WildStar being built from the ground up via proprietary engine. Likewise the user-interface seems to have the quiet simplicity of WoW whilst offering some of the more intuitive features offered by newer alternatives. Inventory and mission status windows can be moved and resized almost completely how the player see fit and using the scroll wheel over the area map allows for some really comfortable zooming.

However, in the short time I’ve spent with the closed beta over the last few days, it feels like grinding may be the order of the day. The earlier missions at least mostly seemed to revolve around routine fetch quests and paving the way to PvP level. I recently spent some time with The Elder Scrolls: Online prior to it’s release and found that where it best succeeded for me was in it’s ability to feel more like an Elder Scrolls game than an MMO. In contrast, 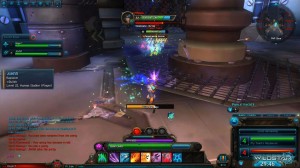 The in-game interface should feel familar to seasoned MMO players but may be a bit off-putting to newcomers.

WildStar feels like a traditional and completely unapologetic hardcore MMO in every sense of the word. As someone who has limited experience with WoW, I did struggle to get to grips with the slightly dubious waypoint system and found the whole experience slightly unapproachable. Still, if the in-game chat log was anything to go by then the other players on the server all seem to be having a lot more fun than I did and their conversations suggested that they were having a much easier time with the navigation and control systems.

NCSoft are unlikely to turn the world upside down with this one however there is a lot of anticipation for WildStar and it’s likely that Blizzard and Activision will be watching their subscriber figures even more closely than normal when the game releases in June. WoW has long succeeded in being an entertainment and cultural phenomenon but at no point has it’s future as an industry superpower ever looked less certain.