> No online multiplayer
> Playing solo can lose it's appeal

A fun battle game intended to bring back those local multiplayer gaming sessions with your friends. Eyecatching and easy to pick up, with a different experience every time. 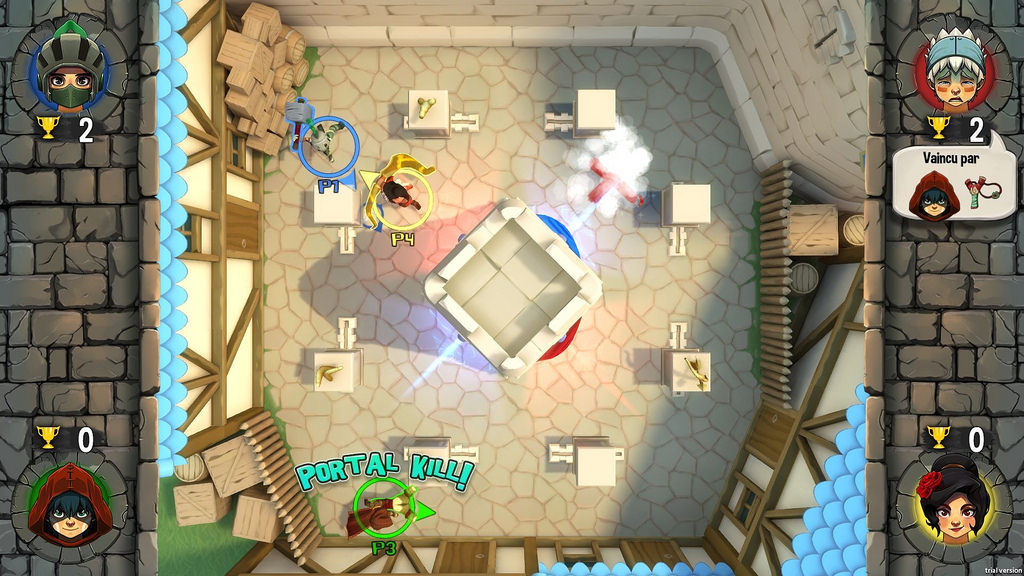 Randomly-generated levels make for a fresh experience every time.

Thinking with portals. And hammers, slingshots, boomerangs… is there cake at least? 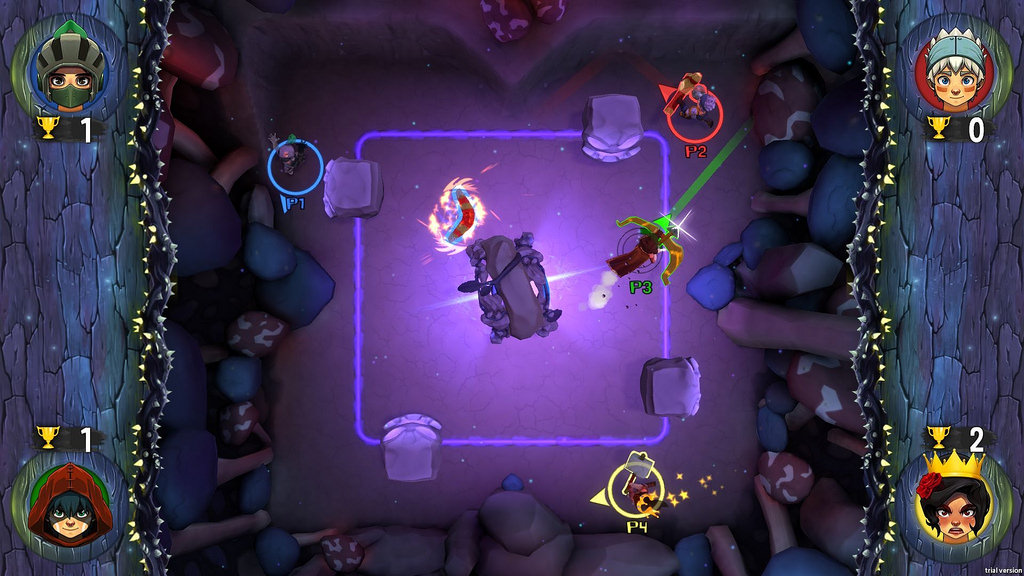