“Yo Mama” jokes, the staple of online multiplayer immaturity

I remember seeing a meme circulated from honestslogans.com once that added new slogans to well known brands.  Many were amusing but the one that made me really laugh was the one for Xbox live as shown above.

It’s one of those things that’s funny because it’s true. Well, it’s intent is true as I’m sure Xbox don’t actually know what your Mum has been up to. Xbox Live has long held the reputation of being filled with jerks and angry abusive kids who’ll tear into some innocent Halo player either for a lack of skill and experience or simply for being in the wrong place at the wrong time.

Being the victim of abuse and swathes of sexually explicit and often violently threatening remarks has almost become an occupational hazard for some players and driven them away from the online gaming community. But all that may be about to change, or at least on Xbox anyway.

Following the E3 Conference in 2013, Microsoft’s Marc Whitten revealed in a letter published on the Xbox website that they were working on a reputation system designed to improve matchmaking and penalise players who create negative experiences for others. Moving away from the current 5 star reputation score to a more intricate and dynamic algorithm.

“Your new Xbox Live Reputation plays a prominent and valuable role rewarding healthy participation while reducing troublemakers and cheaters. A unified system across Xbox Live and all of your games allows for you to have much more control over who you play with while giving you new and exciting ways to get even move involved in your community.”

Reputation systems are difficult animals to control as they are entirely dependant on players actually reporting other players and not just changing sessions to avoid the offending arse hat.

According to Polygon.com, Frank Savage, partner and development lead at Microsoft said that this new system would reward players for good behaviour by implementing the carrot that you’d see your reputation “soaring because you’re this amazing player everyone wants to be with”. 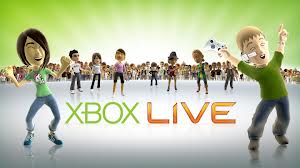 While this new system is still in the brainstorming stages, anything that can improve the online gaming experience has to be a good thing so we’ll watch out for developments on this with interest.

What I’d really like to see is a serious skill matching system though, particularly in games like Call of Duty and Halo where you’re still pitted against people who you don’t stand a chance against. But for now, the focus seems to be on making sure that when at least you’re being tea-bagged by a nicer brand of player and that seems a good enough place to start.