Why We Love Comic Cons 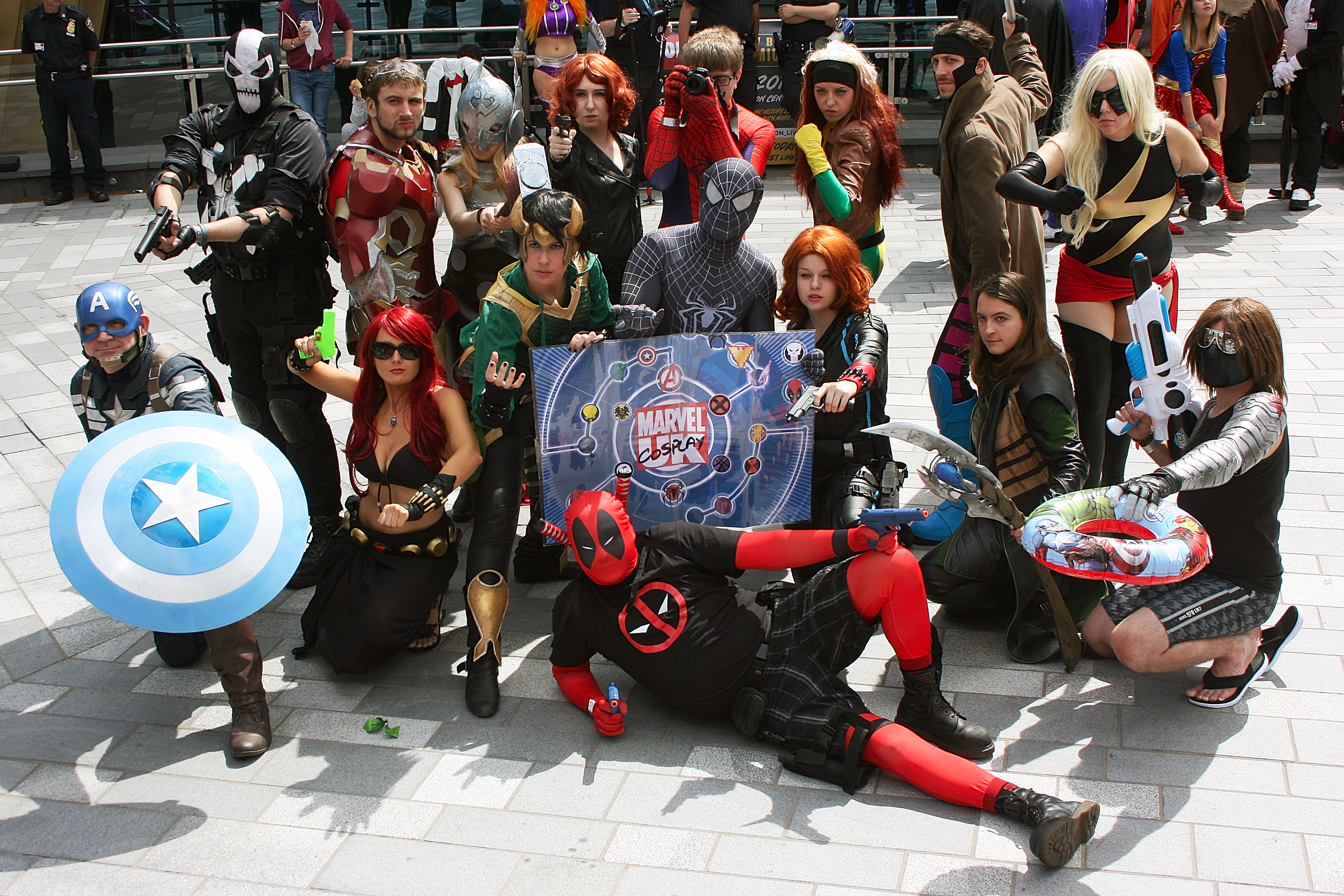 Last weekend, Geek Pride were asked to help out with the inaugural Blackpool Comic Con in Winter Gardens. This meant a whole day of interacting with our fellow Geeks, handing out little gifts to our followers, and selling merchandise to folks who just love how awesome we are/our stuff is. We hosted the Game of Thrones panel, ran the DJ booth, and pitched in in a few other areas as well cause we rock like that.

Whilst there has been some negative feedback about the Con itself, I wanted to instead concentrate on just how fantastic Comic Conventions are as events, and why we go to so many every year!

Of course, calling them Comic Conventions is a little bit of a misnomer as folks from television, wrestling, film, and authors all rock up to Cons every year, with some of the bigger ones getting video games companies to pitch in too. And isn’t that just brilliant?! Somehow, the idea of Geek Culture has been able to combine elements of a hundred different genres and fandoms, bringing people who remember the Al Snow days into the same world as those who built full-sized Space Marine costumes in their spare time.

Oh and the costumes, the costumes! My other half is studying Costume Design for Film and Television, and she would have been blown away by the attention to details and craftsmanship if work hadn’t called her away at the last minute (but that’s a matter for another day). I spent the whole day admiring the sheer love and care that went into each of the costumes, the attention to the smallest parts of the characters’ dress and style… and trying to remember exactly which series each character comes from. Come on, the winner of the kids’ competition was a brave young man with Cerebral Palsy who got dressed up as Hannibal Lecter in the dolly and mask, with his Mum dressed as a cop. How ace is that?!

I’m still ashamed at how long it took me to remember the Scout outfits from Attack on Titan, though…

The costumes also serve as a physical display of one’s love for the various works and characters that make up Geek Culture. Maniac Cop walks alongside Sebastian Michaelis Black Butler, Fairy Tail cosplayers watch Jedi and Sith face off with one another. Yeah, we could use a few less Deadpools, but seeing so many people displaying their endearing affection for works of art is inherently satisfying and fulfilling. It is, in the most awesome of ways, pageantry and peacockery, a call out for appreciation which will be returned by fellow Geeks who also love the works.

That said, it isn’t all about cosplayers.There are the guests, the stars and creators who we can meet and show our appreciation for (even if that does have to take a financial form as well). I personally spent the whole day on a mission to meet Mick Foley, and am so fricking delighted that I got to meet him. And the swag, the comics, figures, custom art and, if you’re lucky, Geek Pride merchandise all available to snatch up. Or there are the shared experiences of friends who turn up in geeky t-shirts are a great sight as well as families just wanting to show their kids around, let them awe at the Star Wars droids racing around or the range of good on sale. Future Geeks being shown their spiritual homes is great to see.

I guess that’s the essence of what a Comic Con is for we geeky few: it is a spiritual home. Full disclosure, I’m a big football fan (which I know makes me weird as a Geek) but this means I’ve been to quite a few football games and the atmosphere and buzz in the stadiums before the match is similar to that of a convention. A crowd shares a passion, an interest, and knows that those around them is of the same mind. That is a unique feeling in public, as we often only get to experience it in cliques or Film/RP societies.

Yes, even with the broad acceptance, and commercialisation, of Geek Culture, it is not always very easy to express one’s geekery. Loving a book or show so much you almost cannot take it, discussing in detail the twists and turns of a film, sharing your struggles with a particular boss battle, these are still sometimes difficult things to do publicly. Not that Geeks are some oppressed minority, but sharing your deep loves can leave one exposed. Many people find these sorts of media and love then, of course, but it is the Geek who takes them to heart, almost makes what they love a part of their identity. For whatever reason, we absorb these artworks, let them into our souls, and that makes them unutterably special too us.

A Comic Con, then, is a place where you can safely let everyone know that you love Doctor Who so much that you’ve made a Tardis dress, or that the Daedra are so impressive to you that you’ve spent hundreds of pounds on a suit of Daedric armour, or simply that Game of Thrones means something special to you and meeting someone from the series brings you closer to this thing you love. And there will be no judgement of that. You can wear your Immortan Joe mask and call people mediocre, have at it. As long as you are earnest in your affections, you will be accepted at a Con.

And that, folks, is why we love them.