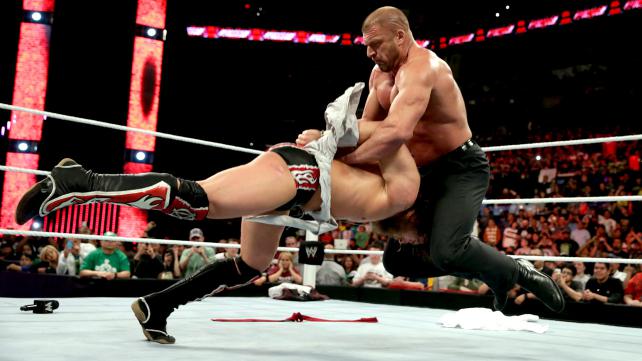 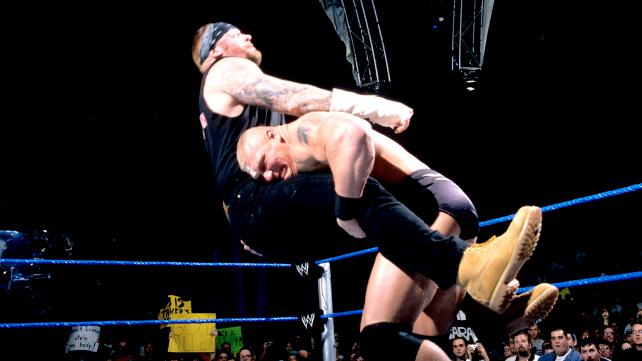 So the whole card may not yet be announced, but the main event matches are all there. This year’s Wrestlemania looks set to be possibly the best of all time. Despite having been disgruntled for many months, most wrestling fans are now eagerly anticipating the 30th anniversary of the Showcase of the Immortals, and there is one reason for that: Daniel Bryan. The man has dominated opinion for more than a year now, and his widespread support has slowly started to take over the company. This culminated in a fantastic segment on last week’s Raw, in which he occupied the ring with a bunch of “fans” – probably plants or developmental wrestlers mostly. It’s now confirmed that Bryan will get his big match against Triple H, and if he manages to beat him, he will even go into the main event for the World Title.

It’s not just the role of Daniel Bryan that makes this year’s Mania completely juicy. There are a host of great matches already booked and a lot of big stars involved in heated feuds. My only concern at the moment is that the “Andre The Giant Memorial” 30-Man Over-The-Top-Rope Battle Royal will swallow up too many members of the roster. I think it’s an excellent chance to give the most hardened jobbers a chance to get a payday, but it shouldn’t bring down the likes of The Shield and The Real Americans. There is so far no evidence to suggest that it will, but it could. I’d like to see a Fatal-4-Way for the Tag Team Titles. That would be something meaningful for the great teams that have emerged over the past year. The battle royal already includes Intercontinental Champion Big E and I would really hate to see Dean Ambrose and The Usos follow suit. The idea is great and it’s a nice touch, but they should fill it with legends, NXT guys and the lower mid card guys from Raw and Smackdown. The Champions and the main eventers should be elevated. That’s best for business.

Triple H v Daniel Bryan should be a great match. I expect these two to go on first, for energy conservation purposes if nothing else. Now that Hunter has announced that he also stands a chance of now being in the World Title main event, it’s been guaranteed that one of these guys will be wrestling two matches on the biggest show of the year. We all expect that Bryan will be the man to do that, and any other outcome to this would be a travesty, and treated as such by the fans in the arena I’m sure. We all know that man can put on two 5 star matches in one night, so I don’t expect anyone to be phoning it in. With all the heat and all the hype that has been building since last year’s Summerslam, this clash is eagerly awaited and won’t disappoint. That’s my prediction anyway.

John Cena v Bray Wyatt is very interesting. I stopped myself the other day and really digested how far The Wyatt Family have come. I digged them so much during their NXT run and I always hoped they would get called to the main roster. I never imagined for a second that they would reach the heights that they have, especially after a fairly lacklustre start. The feud with Kane was cool and the whole gimmick was getting over just as I had expected. The problem was that nobody made a sound when the big guy got in the ring. That seems to be changing. The group has a lot of momentum and it’s leader is red hot. The whole storyline makes sense and it’s something different. It’s refreshing to see John Cena in more of a secondary match for once, and I actually expect him to put on a very good match. With John by no means a General and Bray still green, it could potentially be a disaster. However, I remain very optimistic about this.

Undertaker v Brock Lesnar will probably be the match of the night. It might just be my bias towards The Deadman but I can’t see even a triple threat involving Daniel Bryan being able to top this one. It’s that time of year when the most enigmatic superstar in the history of the business makes his grand entrance and puts on a clinic in the ring. He may be getting up there, but he continues to prove his worth on the biggest stage. As for Brock Lesnar, I have been nothing but impressed with him since his return. He always puts on a good match and with Paul Heyman at his side, he is one of the most entertaining guys on the roster. I thoroughly expect Taker to win and for the streak to never end. I’m sure that’s what everybody wants. Nonetheless, this year’s challenger is one of real credibility and one with which The Phenom shares a bloody history. It should be a cracking contest! 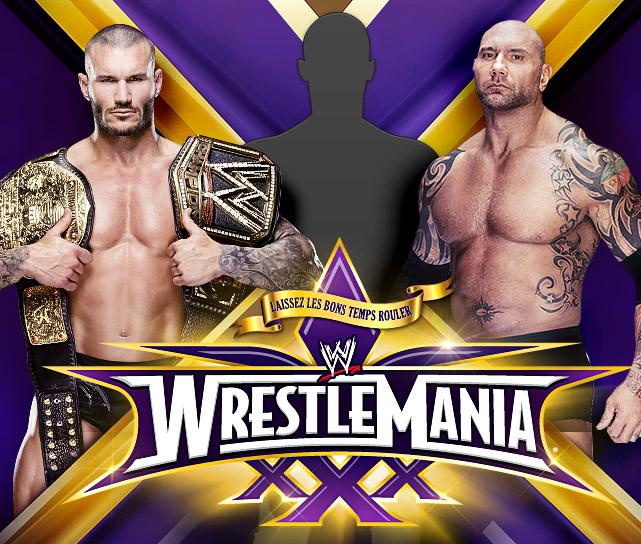 Randy Orton(c) v Batista v ??? (for the WWE World Heavyweight Championship) could go either way. On paper, I’d say it should be the true main event and final match of the night. However, the success of that stance will depend on the result of the match. If Bryan goes over and wins the title, the fans will go crazy and the show will end on an historic high. Should it go in another direction, the whole memory of the show will be soured and WWE could end it’s biggest night of the year with a large-scale revolt. Of course, there is the possibility that Triple H will end up in the match, but I wouldn’t even put a pound on that. If he is, the booing will arrive long before he even enters the ring. That kind of negative reaction is not the way to celebrate 30 years of Wrestlemania. To allow that to happen would be stubborn. I predict that Bryan will be the one to join, he will be the one to win, and he will be the one to steal the show. This has the potential to be one of the best main events of all time, so long as Bryan is a part of it. Call me a Daniel Bryan fan.

On the whole, the Wrestlemania card is very exciting. Two Daniel Bryan matches, a huge battle royal, Hulk Hogan! What more is there to want? I just hope to see a couple more Title matches added in the coming weeks. The next few weeks of WWE television should be very interesting.

All images from WWE.com 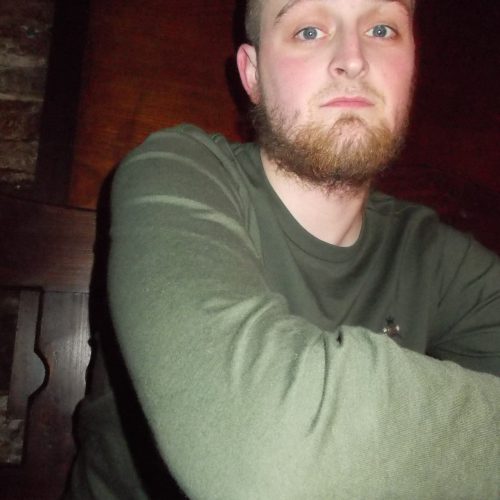 Craig Humpagehttp://www.therealmidcard.wordpress.com
My name is Craig Humpage. I'm a 24 year old struggling journalist, would-be writer and wrestling maniac. I hope you enjoy my articles. Believe in The Shield.