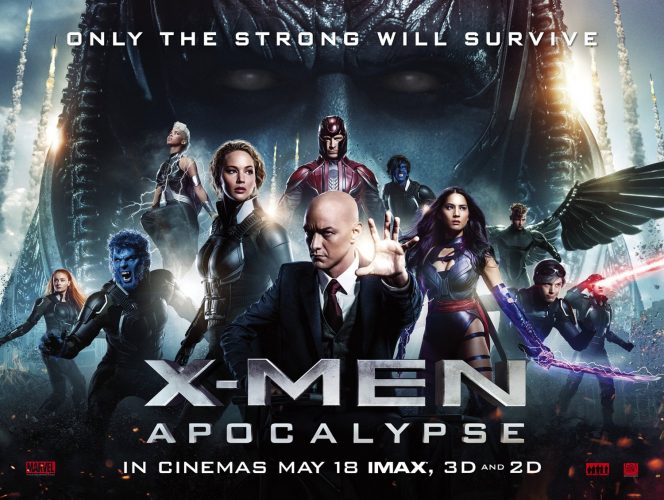 “You are no longer students, forget everything your teacher or your mom and dad ever taught you, from now on; you are X-men!”

Inspiring words said by Jennifer Lawrence’s Mystique; but a pity they come too late in the film to give you any hope for the end credit scene.

I’ve been staring at my screen for the better half of an hour now, trying to find some way of giving this film the best review I could possibly give; unbiased, honest and without sounding too much like a whiney purist, or fanboy on the X-men gravy train. So here goes…

Ever since the designs of Apocalypse hit the net, I have been worried about this film and its portrayal of one of the most devastating villains in the X-men mythos. Power Ranger fans jumped in and commented that he looked more like “Ivan Ooze” than Apocalypse; and the problem is – they were right. 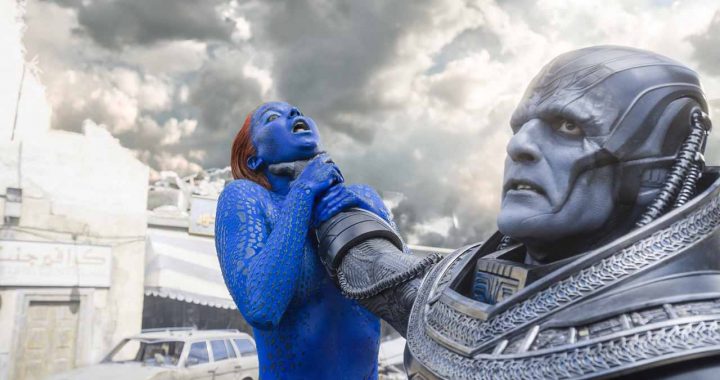 I’m a huge X-men fan, especially Magneto, but X-men Apocalypse has left this geek wondering what Bryan Singer wanted to do with the film and also hoping 20th Century Fox might now let the franchise go home to Marvel Studios, where they belong and not subject us to another poorly thought out film. 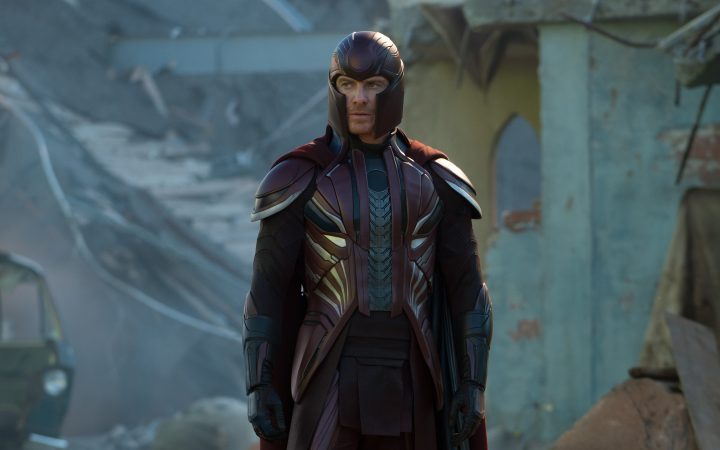 The story laid out is a simple one and extremely bland for a villain such as En Sabah Nur aka Apocalypse. He rules ancient Egypt until betrayed by his worshipers; who entomb him alive, in his pyramid. En Sabah Nur’s loyal followers, the Four Horsemen, die protecting and preserving him.

Awakening in 1983 and believing that without his presence humanity has lost its way, En Sabah Nur decides to destroy the world and remake it in his image. Charles Xavier and the rest of his X-men, decide that this is something they cannot idly stand back and watch from the safety of the Xavier Institute, so with the help of Mystique, Quicksilver and a few new faces (Cyclops, Nightcrawler, Jean Grey) the X-men have a WrestleMania-esque standoff with the big bad Apocalypse.

This is the ninth instalment in the X-Men film series. Directed by Bryan Singer, with a screenplay by Simon Kinberg and from a story conceived by Singer, Kinberg, Michael Dougherty and Dan Harris. The film features an ensemble cast; welcoming back James McAvoy, Michael Fassbender, Jennifer Lawrence, Nicholas Hoult, and Rose Byrne with newcomers, Tye Sheridan, Sophie Turner, Olivia Munn, Lucas Till and introducing Oscar Isaac as En Sabah Nur/Apocalypse. 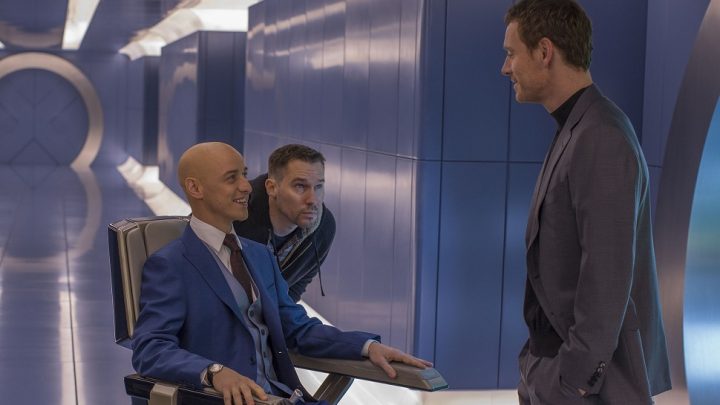 Now even though I found many faults with the story and portrayal of Apocalypse, there were some great scenes and laugh out loud moments. Quicksilver once again steals the show with another outrageous slow motion/time freeze sequence that was on par with the ‘Days of Future Past’ scene, the transformation of angels feathered wings into the armoured ones we know from the comic books, Nightcrawler coming out of his shell with a traditional “BAMF!”, Logan being seen for the first time in his ‘Weapon X’ Wolverine origin helmet  (It was straight out of the comic books!); to the final scene of the X-men in their “classic” ‘blue team’ suits and a very bald (finally) Professor X.

I have to say I quite liked the ‘will they won’t they’ relationship between Jean and Scott, though it was frustrating to see it watered down so much. This being said, Sophie Turner (sorry GOT fans, she’s ours now) played the part well and with elegance –  but I couldn’t quite help feel that it became a bit of a race to the finish line to get the ’Phoenix Force’ story out. 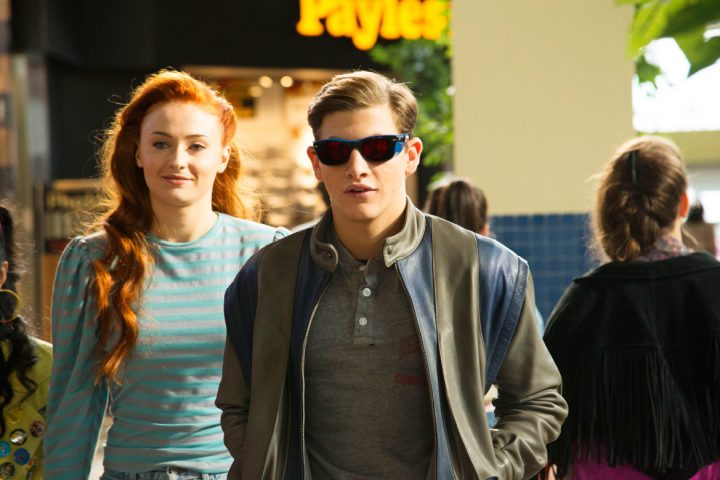 Scott Summers, aka Cyclops, is a welcome sight and he’s not the wet blanket we had with James Marsden. Brought in by big brother Alex “Havok” Summers (there’s a switch) to the Xavier Institute after a little optic mishap in his local school, the attraction towards Jean in their first scene is there and its quite sweet, in a ‘pulling the hair of the girl you like in school’, sort of way.

As older characters go, we welcome back Rose Byrne as CIA agent Moira Mactaggert, from First Class, and she somewhat ruffles Charles’ feathers, who obviously has feelings for the woman who has no memory of him, other than what she has read,  – having had her memory wiped by Charles at the end of XMFC.

On top of this (and one of the best characters in the movie, in my humble opinion) we also have our favourite speedster; Peter Maximoff aka Quicksilver to help out his fellow mutants. This time rocking his slow-mo scene to the Eurythmics ‘Sweet Dreams’ in a very climactic moment in the film.

And hey! We actually find out he’s Magneto’s son! 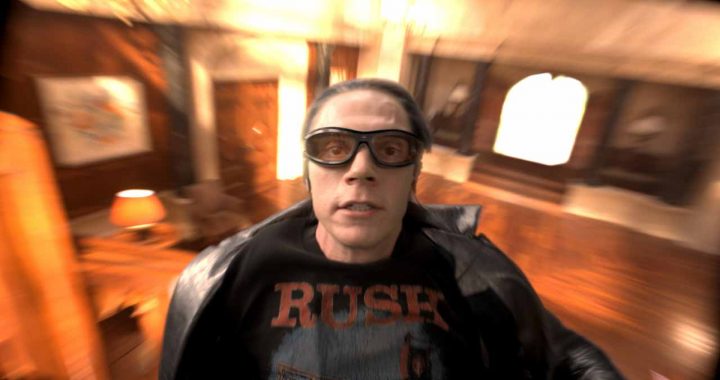 Characters and good parts aside here comes the hard part.

The death scene of Erik’s daughter and wife, despite being quite emotionally charged left me very uncomfortable (I have a young daughter too, so this hit a note with me) and I cant help but think; was it needed? Especially as for such a powerful moment his entire role in the film felt, well, non-existent.

Storm and Psylocke were basically shoved in our face and then nothing much was done or said about them; the same was done with Warren Worthington aka Angel/Archangel. The technology surrounding Apocalypse in the beginning is never explained ( left behind by the deity-like aliens known as Celestials) and the whole “He’s the first mutant!” was a poor choice on behalf of the writers when En Sabah Nur has one hell of a story line that could have easily been done. Probably not going as far as introducing Kang the Conqueror into the mix but something other than the raw deal we got.

The design of him as well was laughable. I compared pictures of cosplayers on a budget and found them producing far better designs and costumes than a multi million pound Hollywood design studio punching out what can only be described as “Ivan Ooze 2.0”. His abilities also are toned down too, to just ‘what he’s obtained’ through his millennia of existence and increasing the powers of other mutants. 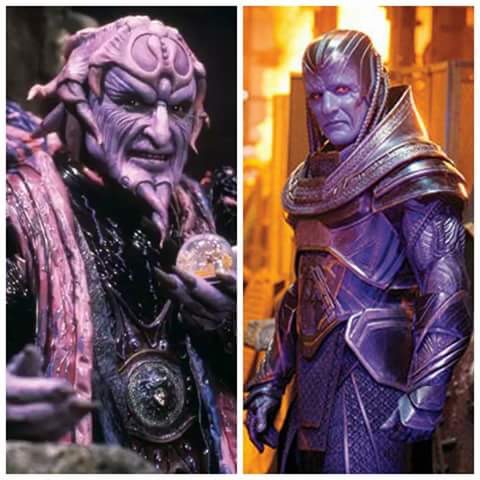 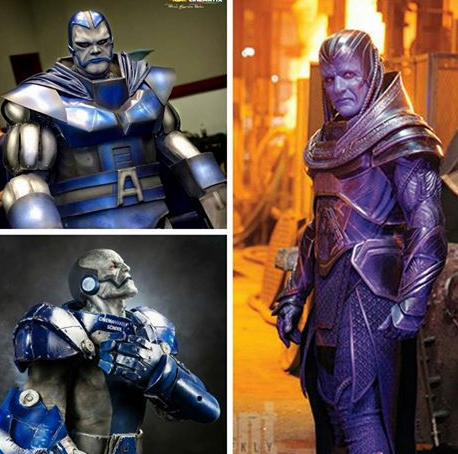 For example : the ability to grow to gargantuan size in the psychic battle is actually just one of his mutant powers that could have been done in the ‘real’ world but was passed over. 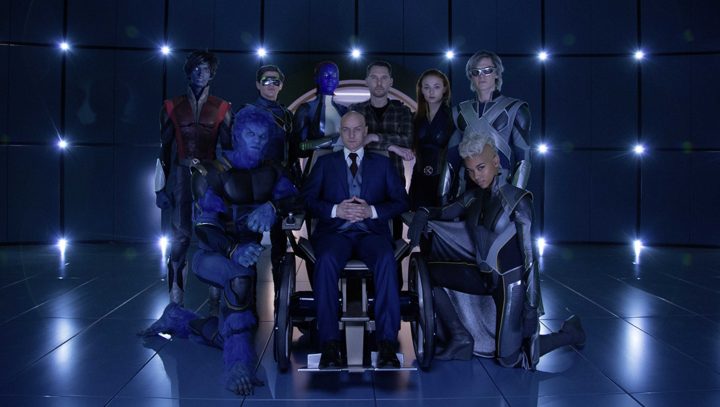 All in all it’s X-men. It’s Bryan Singer’s vision and if you enjoyed the rest of the films, then I think you will enjoy this… But if you’re a die hard fan of the comic books and are expecting more from the villain, then I think you might be slightly let down and it will be up to you to establish if this transition from comic to film and the alterations it has made are acceptable or not.

For me, I couldn’t quite get my head around some of the changes, especially as, from what I mentioned earlier, it seems to have been done on a whim and not because it made any cinematographical sense but – as is with a lot of things, I have what they call… the burden of knowledge and prefer the comic book version a lot more; which in turn has diluted my feelings for this.

In conclusion, X-men Apocalypse is an enjoyable film, with some brilliant and even poignant moments but it’s a film that, in my humble opinion, failed to live up to the lofty heights of its comic book forebears.

X-men Apocalypse is out now on general release.